When Scotti Sitz and partner John Davidson started looking at cities where they could open a third outpost of Garde, their popular home design shop, they wanted the town to be a place that they could call home as well. Since 2012, the couple has owned and operated the original location in Los Angeles, in addition to a second store in Summerland, outside Santa Barbara, that they introduced in 2018.

“We were trying to figure out where we wanted to go next but also where we wanted to spend a life,” says Sitz, a native Angeleno. So, last year, like many Californians before them, the couple settled on Dallas, buying a lot in East Kessler where they plan to build a custom house with Scottsdale-based Tennen Studio and securing a retail space where they could showcase their expertly curated mix of lighting, furnishings, and home accessories by emerging and established designers from around the world. 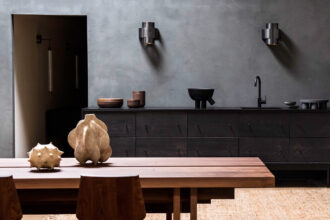 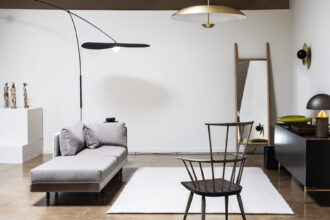 This summer, Garde Dallas debuted in a 6,000-square-foot spot on Wycliff Avenue that is twice the size of their biggest California location. “The space is large, and that really helped us in terms of presentation,” says Sitz, whose fashion background includes executive stints with Calvin Klein and Armani. “So we’ve taken advantage of that and brought in new designers and some exclusives that Dallas hasn’t seen before.”

Featuring polished concrete floors and a black plaster statement wall, the mostly white space is minimalist and sophisticated yet warm and relaxed. It also houses a slew of sought-after European designs, such as furnishings by Parisian brand Pierre Augustin Rose, contemporary hand-knotted rugs by Milan’s cc-tapis, and London designer Faye Toogood’s iconic Roly-Poly dining table and chairs made from molded fiberglass. But plenty of pieces from American companies occupy the space, too, including lighting by New York-based designers Apparatus and Bec Brittain; mirrors by Rhode Island duo Ben and Aja Blanc, who created a custom horsehair-adorned design especially for the Dallas shop; and handmade ceramics by artists out of California and New York.

Regardless of their countries of origin, though, the makers featured at Garde have one thing in common. “There’s a big consideration for what they’re putting out there and how they do it,” Sitz says. “We call it slow furniture because it is oftentimes one of a kind. That I really appreciate.” 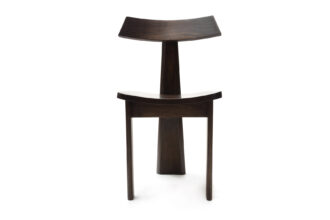 Woodworker Camilo Andres Rodriguez Márquez crafts handmade tables, chairs, stools, and more in his Bogota workshop. He has a particular affinity for yakisugi, a Japanese method of wood preservation that involves slightly charring the surface of the wood. 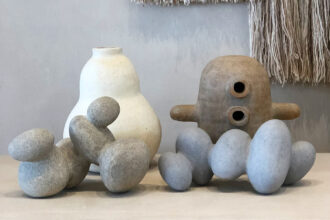 This Santa Monica-based artist creates stoneware vessels and sculptures that are muted in tone but striking in form. Each piece is hand-built and one of a kind, including Viscardi’s shapely Cubist creations that are peppered throughout the showroom. 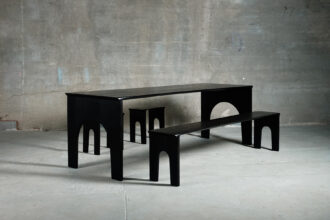 Launched in 2018, Lukas Cober’s Maastricht design studio turns out minimalist pieces like his debut Kuro collection. The series includes a stool, bench, desk, dining table, and coffee table made of solid oak in a burned or natural finish. 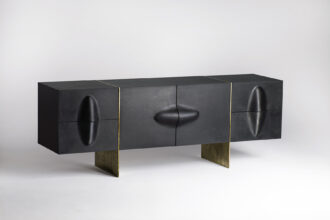 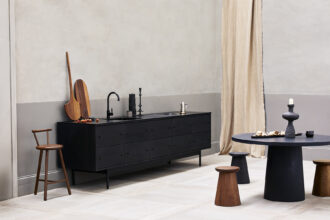 Garde can even outfit clients’ kitchens thanks to this multidisciplinary London design studio. The company’s free-standing, made-to-order kitchen island—complete with integrated sink and induction cooktop—is sleek and timeless in ebonized oak. 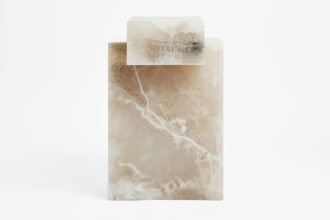 Trained as an interior designer, Armenia-born Noro Khachatryan specializes in sculptural lighting and furniture made from both natural and industrial materials, including marble, onyx, brass, and concrete. He also created some new pieces specifically for Garde’s Dallas launch.

12 Sleek Stools That Are Setting the Bar