No one has ever accused Frisco of subtlety. But if The Star isn’t quite how the boomtown envisions itself, it’s at least a tidy encapsulation of how everyone else regards it. Sleek and modern and dazzling, Jerry Jones’ signature $1.5 billion development feels like the future. It’s an undeniable statement about the role sports franchises (among other heavy-hitting businesses) have begun to play in urban development. Here’s the thing, though: stare too far forward, and you inevitably lose sight of what’s around you. Frisco is, and always has been, about more than its furious surge of growth and the associated trappings. It has quirks and culture and, yes, even history—not to mention some damn good food and drinks. You just need to know where to look. 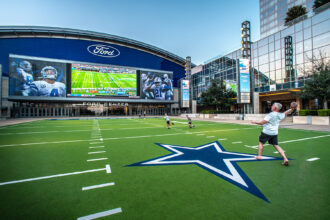 The Ford Center’s all-purpose practice and play facility is shared by the Dallas Cowboys, City of Frisco, and Frisco ISD. On Thursday and Friday nights in October, you can catch high school football games under the indoor stadium lights. 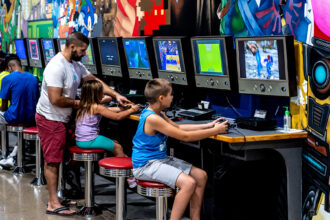 A $10 food or drink purchase gets you access to more than 100 board games, ranging from staples like Battleship and Candy Land to modern hits like Catan and Jaipur. It’s a safe bet that this is the only cocktail menu in town with drinks referencing Joseph Conrad, Duke Nukem, H.P. Lovecraft, Mad Max, and Primus. 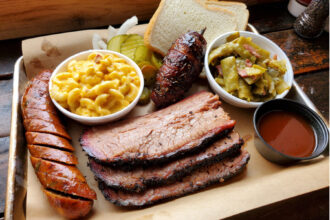 The Hutchins family has been serving barbecue since 1978, and their meat holds its own against any of their more-heralded competitors south of President George Bush Turnpike. The brisket delivers, but the jalapeño cheddar sausage steals the show. Save room for free cobbler. 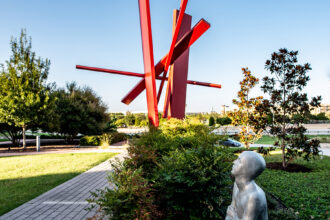 Hall Group founder Craig Hall and his wife, Kathryn, assembled the largest private collection of contemporary Texas sculpture open to the public at their offices, making this otherwise anonymous office park something of an arts destination. 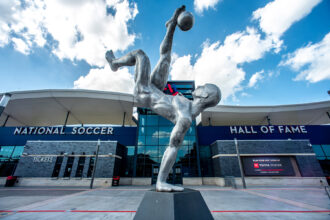 This is the rare hall that commemorates male and female athletes as well as a sport’s history on both the domestic and international levels. The adjoining terrace directly overlooks the pitch at Toyota Stadium; you could do far worse for an FC Dallas game watch.

An FC Dallas match against Minnesota United and a performance by Willie Nelson will follow the HOF induction.