Andreea Udrea isn’t your typical Dallas city staffer. The Romanian-born urban planner studied for her Ph.D. at the University of Turin, in Italy, and spent the first half of her career working in Europe. She taught at the Ion Mincu University of Architecture and Urbanism in Bucharest; helped draft a plan at Bucharest City Hall to remove cars from the historic city center; and founded a research initiative into the life and work of Cincinat Sfintescu, the founding father of Romanian urban planning. Then, in 2015, Udrea made the unlikeliest of career changes: spurred partly by family concerns, she took a job with the city of Farmers Branch.

I first heard of Udrea when I called Oak Cliff Councilman Chad West in November to ask about the city’s ongoing reform of its sorry parking regulations, which the councilman initiated early last year. When he was still chair of the Council’s Housing Committee, West led something of a crusade to overhaul the city’s byzantine permitting process. One city staffer I talked to estimated that 75 percent of the permitting department’s time is spent calculating parking requirements. I was surprised when West told me a quiet catalyst behind the reform movement was a member of the city’s own bureaucracy.

“She’s fantastic,” West said of Udrea, who by then had taken a job in Dallas. “She’s been unleashed on this without the constraints they put on their senior planners.”

The review of Dallas’ parking policies was a herculean task. It took city staff 41 pages to summarize the city’s existing regulations. In recent years, cities have begun to grasp how parking minimums—requirements that property owners provide a certain number of spaces based on building use and square footage—have wrecked urban environments. It is now clear that burdensome parking policies can drive up the cost of development, make it harder for new businesses to open and for developers to build affordable housing, incentivize the demolition of historic properties, and contribute to environmental dangers like the urban heat island effect.

I wanted to learn what all of this looked like to an urban planner who’d spent half her career working in Europe, with all of its walkable cities and Old World urban charm. At first, Udrea was hesitant to chat since she and her colleagues are still working on their recommendations for the parking regulation overhaul (Council should have something to vote on later in the year). She agreed to get on the phone only after I promised we’d focus on general ideas about urban planning. Once we started talking about cities and what makes them tick, Udrea opened up.

She says she fell in love with cities as a flâneur in the great European capitals, using a French word meaning “a lounger” or “a saunterer,” indulging in the idle joy of wandering aimlessly through winding urban streets. She gets excited when speaking about the colorful sidewalk cafes of her hometown of Bucharest and the attention to detail Italians pay to the cobblestone designs of their crosswalks. It was quite a culture shock, she says, when she and her family decided to move to North Texas. Udrea had to learn how to drive a car for the first time.

Whenever a neighborhood in Dallas becomes vibrant and walkable—from Bishop Arts to Deep Ellum—the first complaint that arises is that there is not enough parking.

Her culture shock extended into her professional life. There are many ways in which the American and European urban planning environments differ. Europe’s older cities create an imperative for planners to emphasize historical preservation. Whereas Dallas is infamous for producing master plans that only gather dust on shelves, Romanian law requires that cities create comprehensive plans every 10 years and use those plans to update their zoning laws. When comparing her work on Dallas’ parking ordinance with a plan she helped create to eliminate cars from the historic center of Bucharest, Udrea admits the pedestrian-centric policy was easier to realize in a city that already had a compact urban form and ample public transit.

But what Udrea found most profoundly different between European and American urban planning had less to do with the nuts and bolts of the practice and more to do with cultural attitudes. “The approach, at some point, was the same,” Udrea says. “But the details are what makes the big difference. We’re going back to, again, What do I want from the city I live in and the way I use that space? Do I value the common space as much as I value the individual property?”

This cultural difference is perhaps most clearly reflected in Dallas’ approach to parking. It isn’t simply that Dallas has prioritized cars over people or that its lackadaisical approach to comprehensive planning has resulted in a parking ordinance that hasn’t been seriously updated in more than 60 years. During those decades, the lack of a regularly revised parking policy has allowed parking to be dictated by a vast patchwork of planned development districts (PDDs), each created at the behest of a developer or neighborhood wanting to change parking rules on a case-by-case, parcel-by-parcel basis. 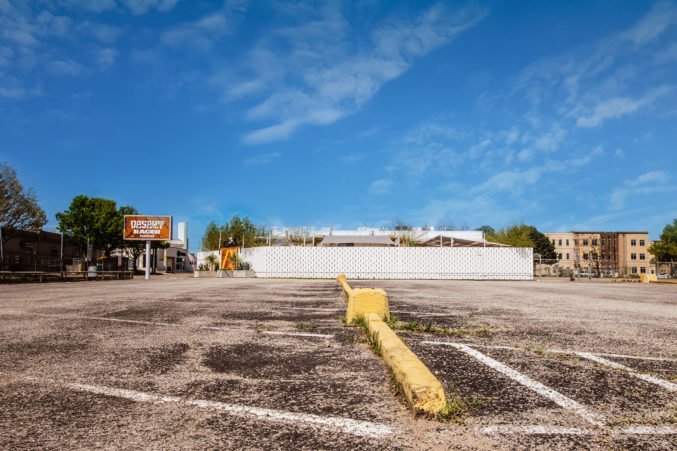 When she encountered the scale with which PDDs were used in even a small city like Farmers Branch, it struck Udrea as a distinctly American approach toward solving urban problems. Rather than allowing the vision of a comprehensive plan to dictate zoning, land use regulations were continually adapted to fit the needs of every individual property owner. Here was American individualism engendered in the legal framework of city zoning. “It’s a different balance, between the needs of individual property owners and ‘Let’s all align to a vision and be very intentional about it,’ ” she says.

And yet PDDs also suggested the limits to this brand of individualist urban planning. The reality is, many PDDs require less parking than mandated by the existing code, suggesting that it has long been clear to developers, neighborhoods, and city officials that Dallas’ parking ordinances are burdensome and outdated. Rather than rewrite those codes, though, the city has pieced together patchwork parking regulations. PDDs weren’t entrepreneurial adaptations to the challenges of urban planning; they were indications that the city has neglected to do much planning at all.

This tension between individual needs and the collective good plays out in many facets of the parking debate. It helps explain the general public’s paradoxical attitude toward parking. Whenever an urban neighborhood in Dallas becomes more vibrant and walkable—from Bishop Arts to Greenville Avenue to Deep Ellum—the first complaint that arises is that there is not enough parking. But perhaps what is missing is not adequate parking spaces but an appreciation that crafting regulation around what appears convenient for every individual may create an urban form that is actually inconvenient for everyone.

That’s why Dallas needs planners like Udrea in City Hall. City staffers walk a fine line between informing public policy and influencing public opinion. Udrea’s job has been to research the parking rules, create local case studies that illustrate how those rules shape development, and examine ways other cities have reformed their approach to parking. She emphasizes that, at the end of the day, whatever approach Dallas takes to redrafting its parking regulations, they will need to reflect an extensive community engagement process and be adopted by elected officials. Her job is just to provide context. But as anyone who has observed city politics long enough knows, there is power in shaping that context for policy makers.

Urban planner and DART board member Patrick Kennedy, who has also worked on the parking reform process, says Udrea’s contributions thus far have been invaluable. He hopes that they are a sign that reforms at City Hall will go beyond merely redrafting regulations. “I know it’s a common refrain from the city manager’s office that they actually want their staff to take risks, and they want to give protection and cover to their staff, which is a big change,” Kennedy says. “Maybe this is the early fruit of that.”