A few years ago, Alex Wilcox, a founding executive at JetBlue Airways, identified a gap in the airline industry. Business people, families, and regional travelers wanted a quick and affordable way to get where they wanted to go. But they didn’t want the experience to feel crowded and cheap, and they were tired of being charged for bags and bad white wine. Wilcox figured there had to be a way to keep costs low but give those frustrated flyers the experience of luxury travel.

So, in 2016, he founded JSX with a fleet of Embraer regional jets, the kind you’ve probably flown on with American Eagle or United Express. The planes weren’t new, but his concept was.

The familiar ERJ145s, which JSX uses for intra-Texas flights, are usually designed with 45 seats in an all-coach, 1-2 formation (one seat on one side, two seats on the other) with about 31 inches of legroom. Wilcox retrofitted his planes in a 1-1 configuration with only 30 seats, replacing the aisle row with leather-covered cocktail tables to match the new leather-covered seats, which offer 35 inches of legroom. And those cramped and treacherous overhead bins? Gone.

The other half of his concept was focused on service. Once Dallas passengers arrive at the private hangar at Love Field Airport, they go through a touchless check-in process and a noninvasive security screening that exceeds TSA requirements. The whole process takes only a few minutes, allowing passengers to arrive just 20 minutes before their scheduled flight. 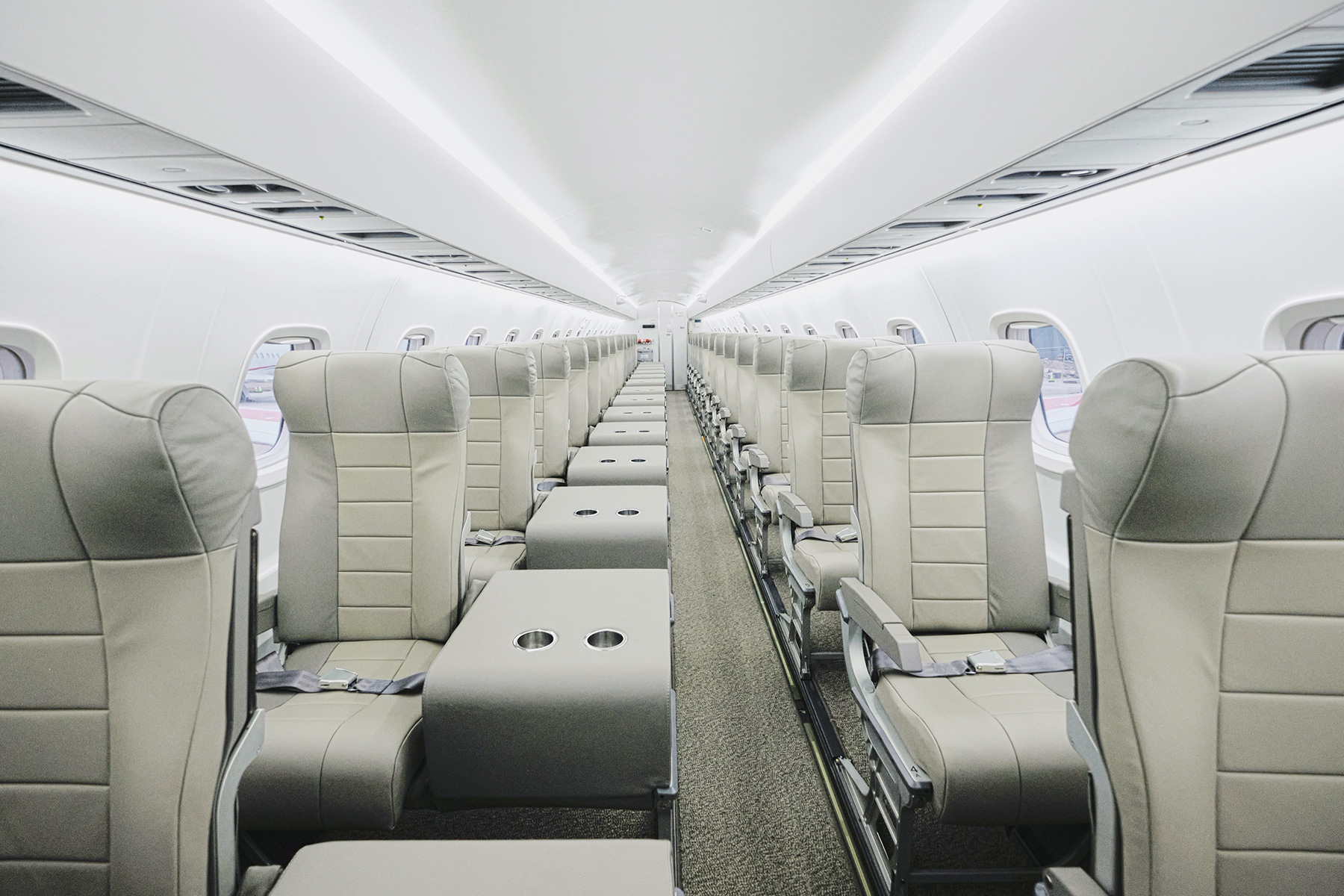 Wing Stop: The planes are the same as those used by many regional carriers. The difference is that JSX removed the third row of seats and overhead bins, adding space and leather-covered cocktail tables.
JSX

On board, passengers get complimentary snacks  and beverages, including cocktails. In addition, customers are allowed two free checked bags, including golf, ski, and snowboard bags.

The air carrier started on the West Coast, but, in 2018, executives at JSX decided to relocate to Dallas. “Texas is very focused on business, so we felt that the move would be very promising and that there were some great opportunities here for us,” says Sherry Groff, the airline’s vice president of hospitality. JSX executives also liked Dallas for its convenient location in the center of the country.

Unlike its commercial counterparts, JSX managed to navigate the COVID-19 pandemic mostly unscathed. In 2020, it saw a 55 percent increase in new passengers, and in the first three months of 2021 alone, it launched four new routes, including a seasonal route from Dallas to Destin, Florida.

“In the future, we plan on being all over the country, flying to some less-traveled cities,” Groff says. “We hope to introduce our high-speed travel solution across the Western U.S. and Texas.”

As more and more Dallasites look to return to the friendly skies for both business and leisure travel, JSX offers passengers an experience with fewer lines and more legroom. Casamigos Tequila included.