We haven’t seen each other in three years, but when Baba and his luggage come billowing out of the opaque Arrivals door at DFW, the first thing he wants to know is if he can immediately pay homage at the JFK Memorial and Southfork Ranch. This is his first ever visit to the United States. The year is 2002.

I’ve been divorced, abandoned, and have literally been dragging my life behind me, with a lot of help from ramen noodles, since the last time he bid me farewell at Quaid-E-Azam International Airport. Despite this momentous reunion, 50 percent of my father’s initial interest at arriving in Dallas is attached to a fictional character who didn’t even have the good manners to die properly. I should be a bit miffed, but instead I laugh. I mean, some of my Pakistani family back home still believe that cowboys à la John Wayne roam the streets of Dallas and that W. is the best human being ever because obviously the scholarship monies I receive at UTD must be his generosity and not Margaret McDermott’s. He’s like the mayor of Texas Land, right? Right.

I ask Baba if we can at least swing by my dingy apartment at Waterview Parkway for a cup of tea first, but he is mortified at the thought! You see, he made his assistant look up a map of Dallas, along with traffic patterns, and based on this information, going all the way up to Richardson “would be murder” when we could just swing south a bit. The bozos Baba is hiring to spawn inaccurate research are going to make me a murderer, but I respect my father’s utter desire to dig deep into whatever topic life presents him. So I bundle him up in a thick coat as we step outside in the unusually foggy December—our heads bowed against the freezing wind, my heart contently warm in my chest because he is here. During the car ride, he tells me that a “honky tonk bar” is third on his list, while visiting a prairie land fourth, and all I can do is marvel at my information-digging, no-alcohol-drinking father’s obsession with swimming deeply into the character and history of a place, even if it means visiting a bar against his Muslim belief system.

I don’t have a car and have picked Baba up thanks to a Pakistani friend’s kindness. Though I lace the request with “We don’t have to do this right now,” my friend is 100 percent enthusiastically in. “We are like this only,” the friend chuckles, reminding me of the first time a music video channel began airing 24/7 in Pakistan. Modeled after MTV station IDs in the ’80s (astronaut planting an MTV flag, fly getting squished into the channel’s logo), our music station ads would show brief tableaus, one of which was of a punk rocker slamming back shots of chai and proceeding to smash his guitar against a wall, the debris morphing into the channel logo. Under the logo it always said: Channel XYZ—We Are Like This Only. Very Desi English-lingo sentence construction, where you don’t have a headache but rather your head is paining. Very Desi like V’s for W’s and W’s for V’s.

We take Baba immediately where he wants to go even if it doesn’t make sense because We Are Like This Only. Because respecting all wishes of our elders, posthaste, is knitted into our DNA. We can rock all ve vant but chai is vhere the paratha (fried tortilla) roll is.

Soon Baba and I are meandering about the heart of downtown Dallas, while the friend goes looking for a free parking spot. I point out the West End DART train station where I get stranded all the time, and I present the Old Red Courthouse as if I own it. Juicy thunder clouds heap above us in the steely sky, as if listening closely to my walking tour commentary, cracking slim sabers of light to punctuate my gestures.

Baba sighs at the Commerce-Main-Elm triple underpass, causing his Pakistani breath to exhale in swirls of Dallas vapor. He looks up at Dealey Plaza, his brow quilted angrily as if the poor building were responsible for all that is terrible in the world. He gets down on his 70-year-old knees where X marks the spot. It begins to drizzle. Baba doesn’t notice. Instead he tells me that we should go touch the book depository wall. “I need to read more about this building, its architecture,” he says as we walk on over. “This building probably had no idea what its future held. Just imagine!”

My heart thumps suddenly with an unbidden prophecy regarding the future and it breaks my heart. In this moment, I am all-knowing. This heartache, however, comes with joy, too. In this moment, I’m thankful that I have the crazy parent-respecting DNA, even if it has meant arranged marriage. In this moment, I’ve fallen in love with this city that I have previously only thought of as a passing rest stop. Dallas has given Baba a history to plumb, to dig in, and for this kindness it has just earned an eternal citizen.

I watch us, Baba and me, detached from my body. I watch The Digger and His Daughter standing in the misting rain, their right hands planted firmly upon the swiftly darkening brick and mortar. 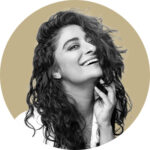 Born and raised in Pakistan, Maryam Obaidullah Baig’s many credits include writing and directing Ban the Tal, a multimedia performance through Project X Dallas about the birth, rise, and ideology of the Taliban; BeXchanged at UTD, a performance documenting the nuclear arms race between India and Pakistan; and Jo Chaho Tum (Whatever You Want), a one-act play that was performed at Bishop Arts Theatre and The Drama Club. As an actor, her most recent performance was with Shakespeare Dallas in the Hamlet Project.