One of Dallas’ highest-earning artists is Anthony Sims, a 22-year-old Amazon robotics technician whose most notable North Texas exhibition to date was a juried show run by the Greater Denton Arts Council. And yet, in the first half of 2021, Sims has grossed more than $250,000 selling his art. How is such a meteoric rise possible? You guessed it: crypto.

Sims is at the forefront of the emergence of the NFT (nonfungible token) art market that has minted many new artists’ careers, while rankling traditional art market gatekeepers. A year ago, Sims was sending out email blasts to gallerists and curators while on the clock at Amazon, trying to get his Jean-Michel Basquiat-influenced work noticed (his emails did manage to win the attention of curators at the Meridian Museum of Art in Mississippi, which acquired two of his pieces). Then, last summer, as artist friends began selling works as NFTs, Sims cashed in. It wasn’t long before his first digital painting sold for nearly $100,000.

It’s not hard to find critics of NFT art who think the cryptocurrency hype has created an inflated market. But major art auction houses have sold NFTs for millions, and some art critics have jumped on board. In a recent column, New York magazine critic Jerry Saltz derided the first wave of NFT art as “crapola, kitsch, and dull,” but he argued that, over time, NFTs will prove a new and “powerful tool.” 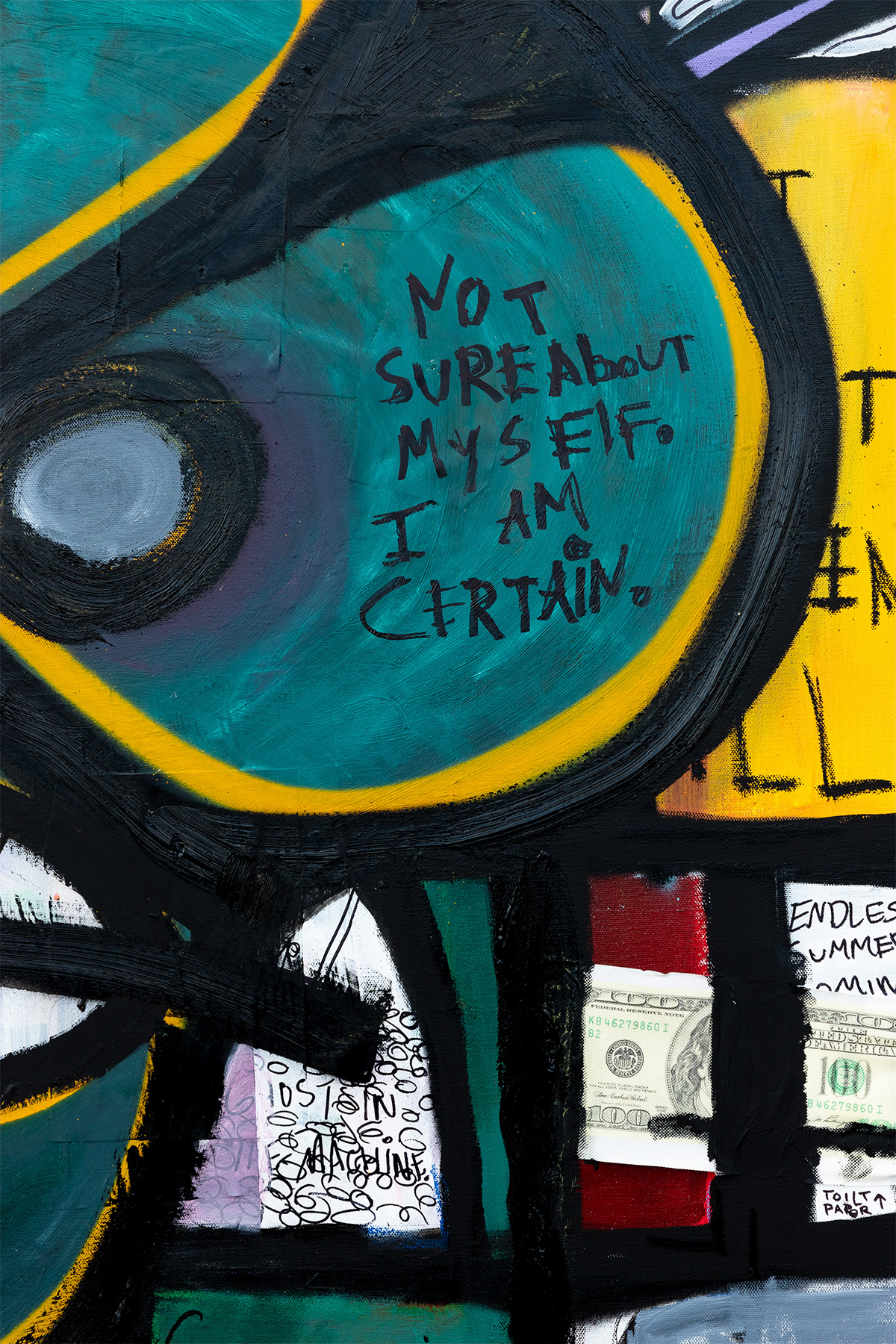 Skeleton Key: While working for Amazon, Anthony Sims sold his Not sure about myself, I am certain. (inset) for 24.25 Ethereum, which at the time was worth $99,973.
Anthony Sims

Sims is even more bullish. He sees NFTs as a “new Renaissance” that will allow artists to create much more than art. He has already opened virtual galleries in the metaverses Decentraland and Cryptovoxels to market his and his friends’ NFT art, and he hopes to leverage his early adoption of the medium to consult with brands and companies looking to enter the digital space. Sims’ success has already changed his very real-world life. In May, he quit his job at Amazon.