Dallas Is Now Home to the Fourth-Largest Bell in America

Harlan Crow didn't necessarily intend to build a nearly record-setting bell. But he had a tower to top.
By Tim Rogers | January 7, 2021|11:30 am

Subscribe
Advertisement
Harlan Crow didn’t set out to commission the country’s fourth-largest working bell. It was just that once he decided to build a tower at his Old Parkland office campus, he figured he had to put something atop it. A carillon, or a set of bells, could suffice. But Crow didn’t become a wealthy man by aspiring to mere sufficiency. He went with a single bell. And, given the tower’s dimensions and a respect for proportionality, that meant he needed a bronze behemoth 9 feet in diameter, weighing a bit more than 30,000 pounds.

After years of planning, the bell was constructed at the world’s largest bell foundry, Royal Eijsbouts, in the Netherlands. It was shipped to Houston and loaded onto a semi that arrived in Dallas on November 10. Crow was present on that cloudy morning to watch as a crane gently lowered the bell, named Horatio, onto a lawn at Parkland, where it would sit until this month. When the tower nears completion, the bell will be lifted to its 220-foot-tall perch.

A crowd gathered, some in hard hats, as Horatio was uncrated. Someone asked Crow if it ever surprised him to see how many people are sometimes set in motion by his extravagant projects. “No,” said the 71-year-old billionaire, after giving it some thought. “I guess I’ve been doing things like this long enough.”

Crow also owns a 22-ton propeller from the ocean liner RMS Lusitania, sunk by a German submarine in 1915. He has it on display in the sculpture garden at his Hilton Anatole hotel. Horatio will be less accessible to the public, not only because of its elevation but because the Campanile tower stands at Old Parkland, which the magazine Institutional Investor has referred to as an “exclusive, bizarre enclave of family offices” (a description Crow considers a compliment). Motorists at the southern terminus of the Dallas North Tollway can catch a glimpse of it, though, and sometime later this year neighbors will begin to hear it. Crow said he is thinking about ringing it every day at noon and then again at 6, when the workday ends. 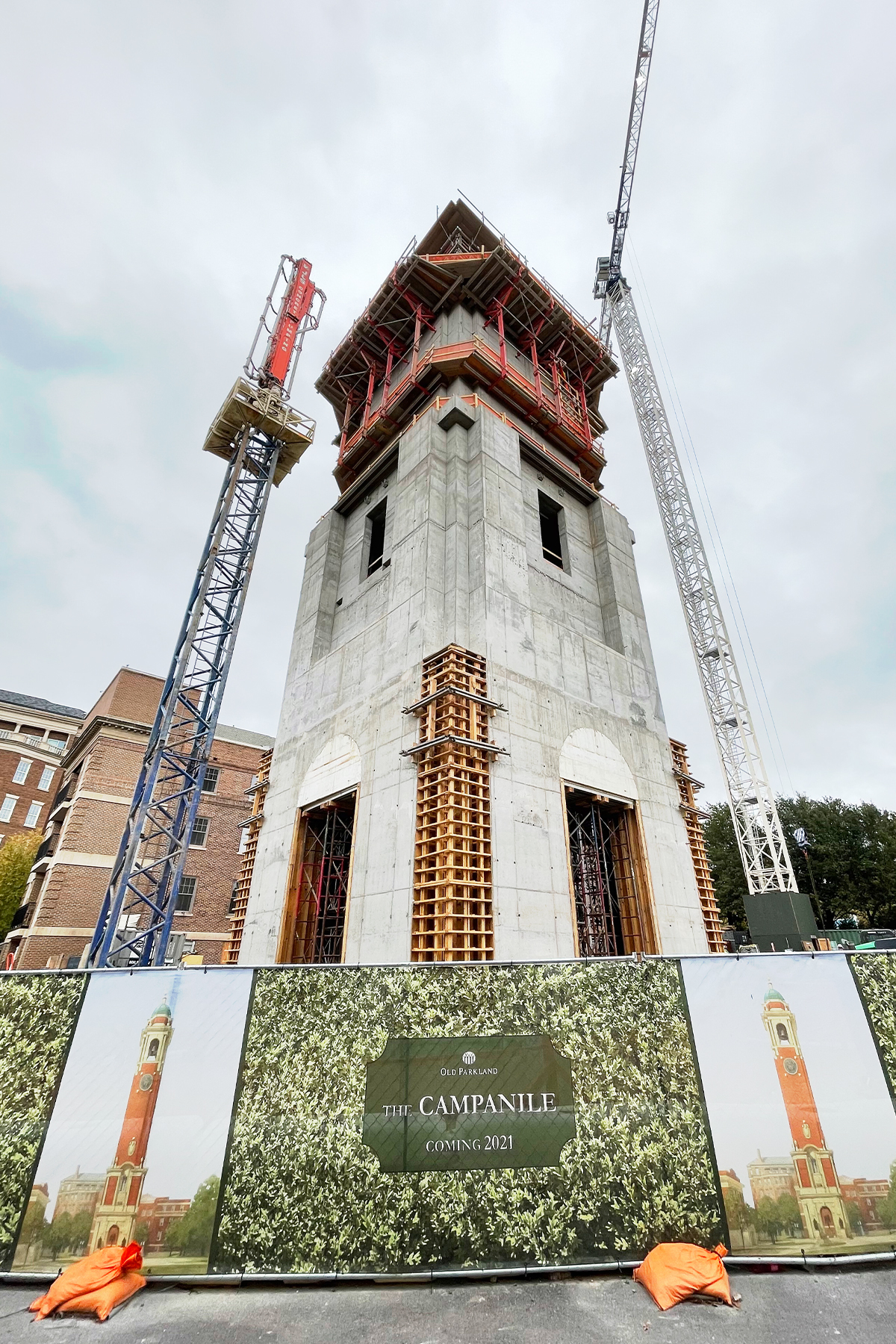 “I want to be a good neighbor,” he said. “Neither you nor I nor anybody knows what the sound is going to be like once we ring it. If it reverberates to Oklahoma City, that’s too much.”

Nor do I want to live in a communist state where everything is gray and concrete.
By Matt Goodman
Local News