AURORA and The Arts Council of Fort Worth team up for this two-day exhibition curated by Dr. Lauren Cross and DooEun Choi. New media works by the Turkish-born Refik Anadol and the Italian artist Quayola will be projected on all four sides of the tower in the Cultural District. At its base will be installations by a group of 10 North Texas artists, meant to be in dialogue with the works above, that include historical and contemporary narratives of Fort Worth. 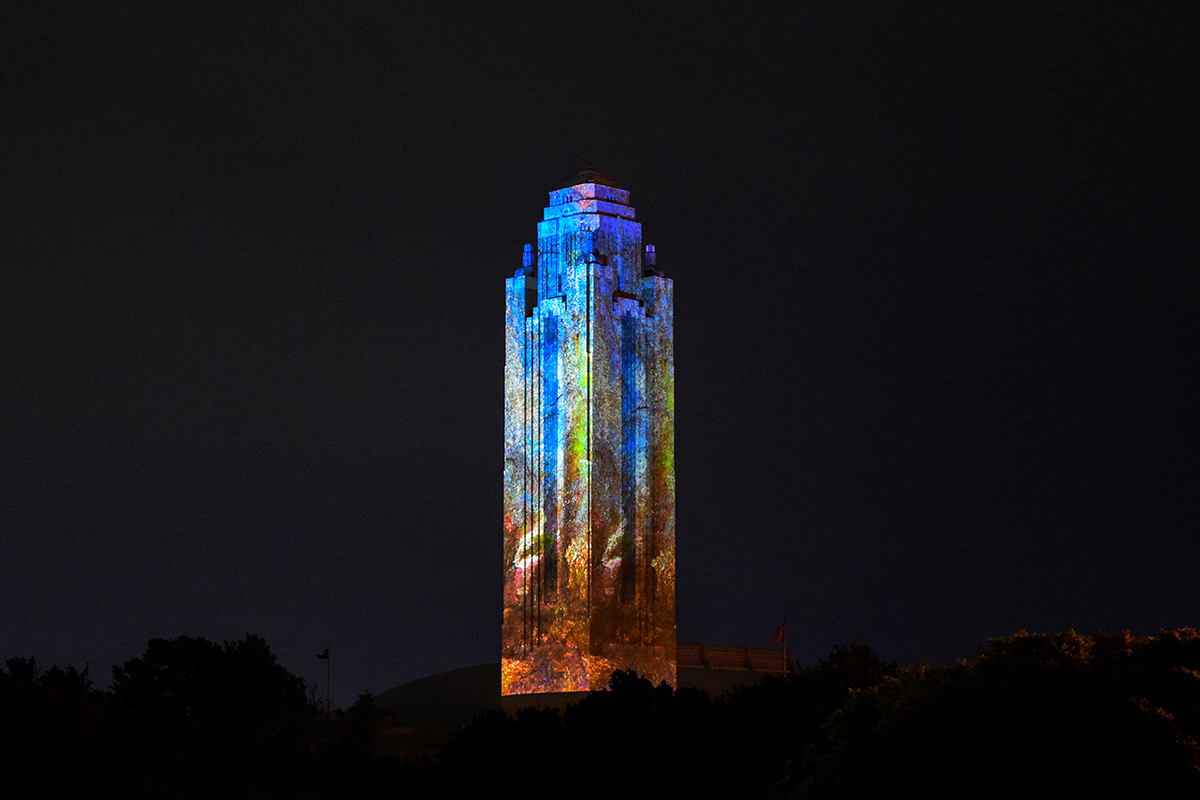 Rooftop Cinema Club is revitalizing the drive-in, setting itself apart from competitors with an outdoor music festival-​​
inspired vibe at its Heritage Village location. Wireless headphones allow attendees to lounge in stylish deck chairs and beanbags for romantic date nights or family trips to the movies. (We think this screening of the 1942 Humphrey Bogart, Ingrid Bergman classic is made more for the former.) For the 21-and-up crowd, the venue has a cocktail bar in the back, near the luxurious air-conditioned restrooms; on your way back, stop by a wooden table for a quick game of Connect 4 or Jenga, pre- or post-flick. Popcorn and snacks are available for purchase, or you can hit up the local food trucks parked at Rooftop Cinema’s entrance.

Reunion Tower hosts a Friday night DJ series in its GeO-Deck after the tour groups and looky-loos have left the observation deck for the day. The lineup for this month: DJ Zamora (Aug. 6); DJ K-Sprinkles (Aug. 13); and DJ Reave (Aug. 20). At 470 feet above the city streets, name a better view for a party anywhere in town.

For the entire month, visitors can tour the Arboretum’s grounds (including A Woman’s Garden, with its sculpture and infinity pool) for $2, with parking discounted to $5. Food and drink specials include $1 sodas, juice, and Popsicles; $2 root beer floats and hot dogs; and $4 brownie sundaes.

Every Wednesday, the dog-friendly food-and-drink franchise provides ice baths and refreshing water activities for pets to combat the summer heat. Their owners can cool off with $4 draft beer specials.

Catch Matchbook 20 (a Matchbox Twenty tribute band, naturally) on August 12 at this free music and entertainment series at Vitruvian Park in Addison. Two weeks later, Emerald City headlines to close out the month. 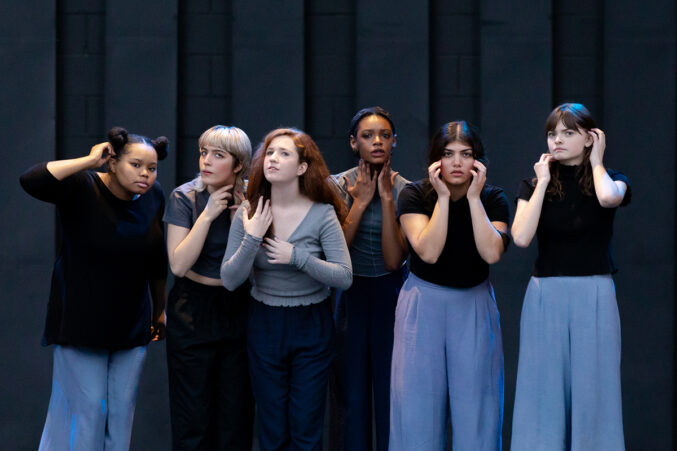 Committed: Mad Women of the Asylum
Aug. 1, 2 pm | South Side on Lamar

Cry Havoc Theater Company presents an immersive production about the lives of six women who were wrongly institutionalized in the late 1800s. Set in the basement, the production leans on the creepy location to emphasize the horrific act of women being removed of their agency.

International bestselling author Charlotte McConaghy joins Arts & Letters Live for a discussion about her new book, Once There Were Wolves, scheduled to hit shelves the day before her appearance. This is one of three national events for her follow-up to 2020’s Migrations. Join the author as she takes readers inside the story of a woman’s mission to save wolves in the wild Highlands of Scotland. (Recording will be available until August 18.)

Anime at the Modern
Aug. 20–22 | The Modern Art Museum of Fort Worth

Marc Hairston and Christine Veras curate this three-day celebration of anime. The celebratory event opens with Mind Game (2004), is followed by Patema Inverted (2013) and Earwig and the Witch (2020), and ends with Masaaki Yuasa’s Ride Your Wave (2019, pictured). Hairston and Veras introduce each film with critical and thoughtful commentary about the films’ societal themes.

The Harwood District’s bars, restaurants, and—of course—samurai museum have banded together to make sure there is a reason to visit seven days a week. Find the schedule of free live music and interactive exhibitions on the website.

You can find local beer tastings, pet supply vendors, and a dog trick contest at this canine-​concerned edition of Addison’s monthly After Dark festival series. Bring your dog for a concert by Burning Hour (led by Dave Sharrock and Eddie Allen) at 7:30 pm. If you don’t have your own pup, you can rent one for the night. 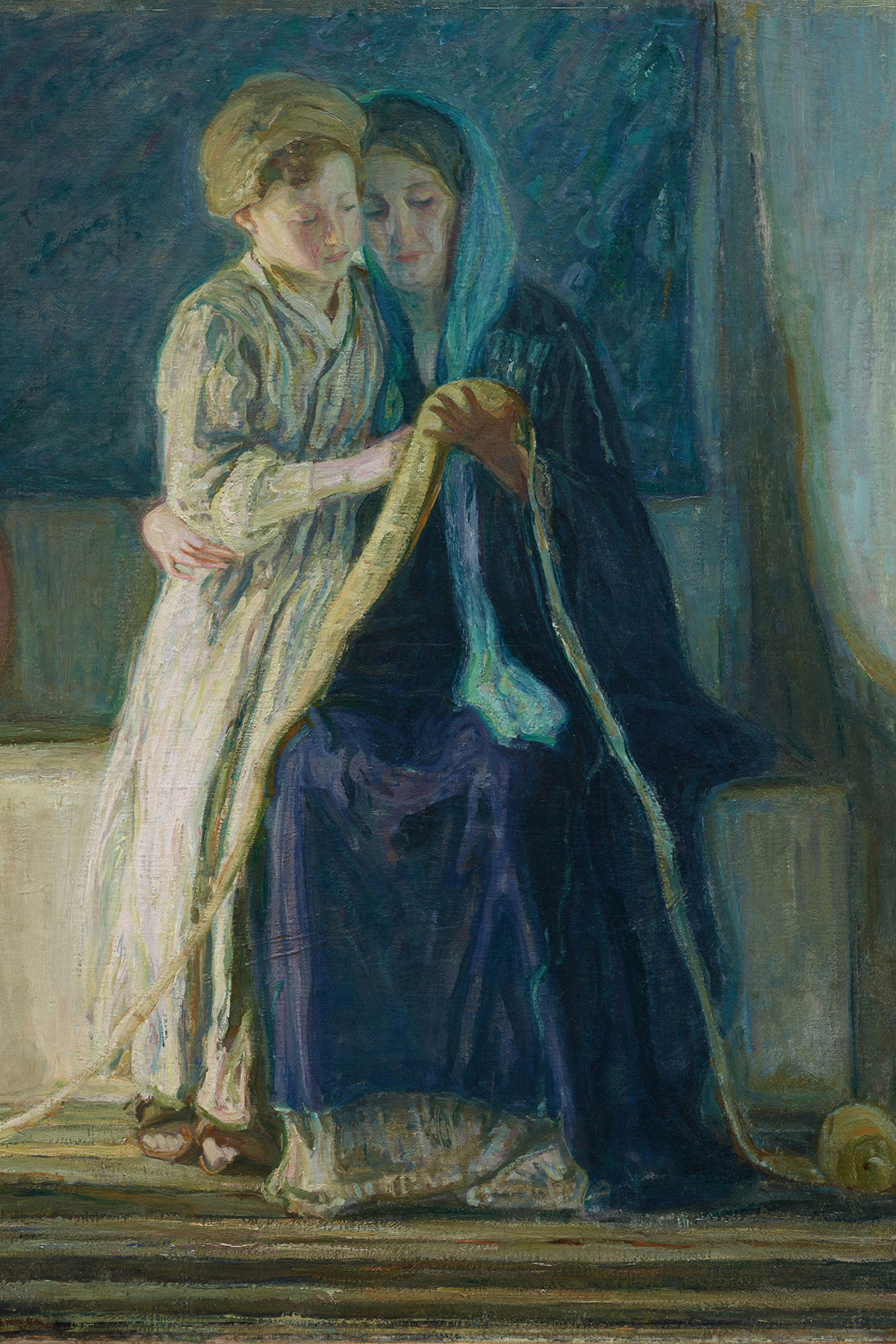 This exhibition of painter Henry Ossawa Tanner’s work demonstrates how the artist’s utilization of biblical themes grew throughout his acclaimed career. The Thankful Poor and Christ and His Mother Studying the Scriptures (pictured) are key examples of his incorporation of familial and religious upbringings in his practice.

Normally around this time, the Dallas Theater Center puts together a big summer pageant, with a cast drawn from regular Dallasites. This year, because of the pandemic, it has been replaced by a filmed theatrical production, A Little Less Lonely, directed by Tatyana-Marie Carlo. The cast is smaller than usual but will still manage to involve some 60 community members from across Dallas.

Social practice artist Mel Chin details the importance of solidarity between Asian Americans and Black Americans in a public banner on the DMA’s Ross Avenue Plaza (the third in a series of artist-designed banners hung there). Chin’s design, a visual expression of “Black Lives Matter” in Chinese, highlights the communal plight of BIPOC (Black, Indigenous, and People of Color) communities against societal injustice.