After moving back to Dallas from Chicago during the pandemic, Elredy has had to make adjustments. She picked up a nursing assistant job at Parkland Hospital, working night shifts while tending to her 2-year-old.

“People make assumptions about me because I was 23 when I got a divorce,” she says. “I’ve been through so much, and there’s a lot of trauma there. But now my focus is what I can do to give my daughter the best life that she deserves.” 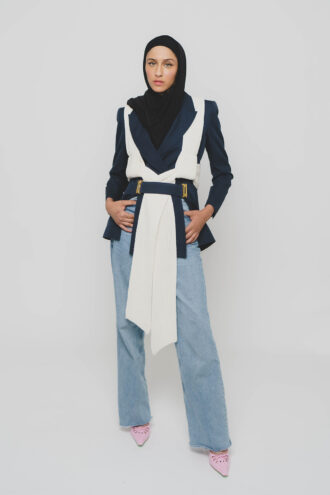 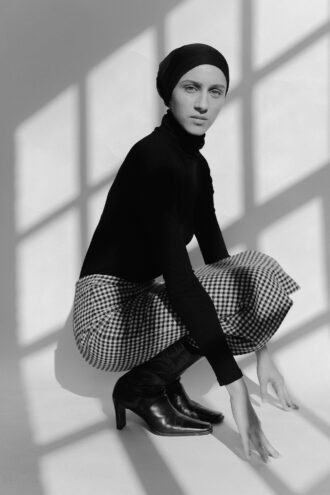 At a lean 5-foot-10, with bright green eyes and a sharp nose and brows, Elredy is gracefully stunning. When strangers would tell her to model, Elredy would laugh it off, but her ex-husband encouraged her. She first applied to agencies in Chicago, where a high-profile company rejected her, saying she needed more experience. Once in Dallas, she tried her luck again. She knew of Muslim bloggers in Texas who wear the hijab, but no professional models. In September, Elredy’s determination found her a home at Kim Dawson Agency, her dream company.

Elredy says Fred Holston, the agency’s creative director at the time, made her feel comfortable during the interview process. He asked her what her religious limitations were and which clothes and settings she felt at ease shooting in. “I felt really positive about it,” she says. “Not many people ask you that, you know. They respected my religion.”

Three days after Elredy signed with the agency, her favorite model, Halima Aden, who also wears a hijab, quit modeling because she said it hindered her relationship with her faith. But Elredy chose to continue on her path. “I don’t know her; I don’t know what she went through with her agency,” she says. “Everybody has a different experience and perspective, especially with faith. There are the rules of the religion, but it’s also a very individual journey. I think that she may have worked through situations where she felt uncomfortable.”

Elredy says clients have respected her boundaries. There was the stylist who expertly matched patterns and colors to her hijab, and the inclusion of a hijabi makeup artist on set.

She recently did a shoot for Kat Von D’s KVD Beauty makeup campaign, and photos of her are now plastered alongside a Sephora store in a Dubai mall. But she finds it challenging to land shoots in Dallas. Elredy believes the city teases diversity but rarely acts on it.

As she builds her portfolio, she’s prioritizing mental health and her daughter. “I wish people knew how my daily goal in life is to work hard and become successful, not for any riches or fame,” she says. “I’m just a person that’s trying to take care of my daughter, whether it’s modeling or something else.”