Enjoy unlimited access to all of our incredible journalism, in print and digital.
Subscribe Now
Advertisement
Outdoors

North Texas Has Built Another Lake to Slake its Thirst

When North Texans pack beach chairs, towels, and sunscreen into their cars to spend a day at a lake, they can do so only because, decades earlier, Texans built that lake to hold drinking (and flushing and sprinklering) water. For the first time in nearly 30 years, we’re doing it again.

Sixty miles north of Dallas, in Fannin County, just outside the city of Bonham, water is right now being impounded into Bois d’Arc Lake, a man-made reservoir that has been in the works since the 1980s. Its surface area of 16,641 acres will be nearly twice the size of Eagle Mountain Lake and 16 times the size of White Rock Lake.

Bois d’Arc Lake, named after the deciduous tree (aka the Osage orange, aka the horse apple), will provide all manner of aquatic recreation, but the reservoir’s construction by the North Texas Municipal Water District is an attempt to ward off a water crisis. NTMWD serves areas in and around Collin County, a total of 1.8 million people, including folks in Frisco and Plano. Those residents will be drinking water from Bois d’Arc sometime next year.

Construction began in 2018, and impounding began in April of this year; when the lake will open for recreational use depends on rainfall. Under construction now are a 90-foot-tall dam and, 35 miles of pipeline to the southwest, the Leonard Water Treatment Plant. The pipeline will carry “raw” water from the lake to the plant, then on to McKinney for distribution.

The project was financed with $1.5 billion in low-interest federal funding; no tax revenue has been or will be used to construct the reservoir. Ultimately, additional water for North Texas will have to come from somewhere. With Bois d’Arc Lake full, the region’s water needs should be met until 2040. Planners already have their sights set on 66,000 acres of East Texas where they hope to build another reservoir.

Watch out, Oklahoma. We’re coming for you next. 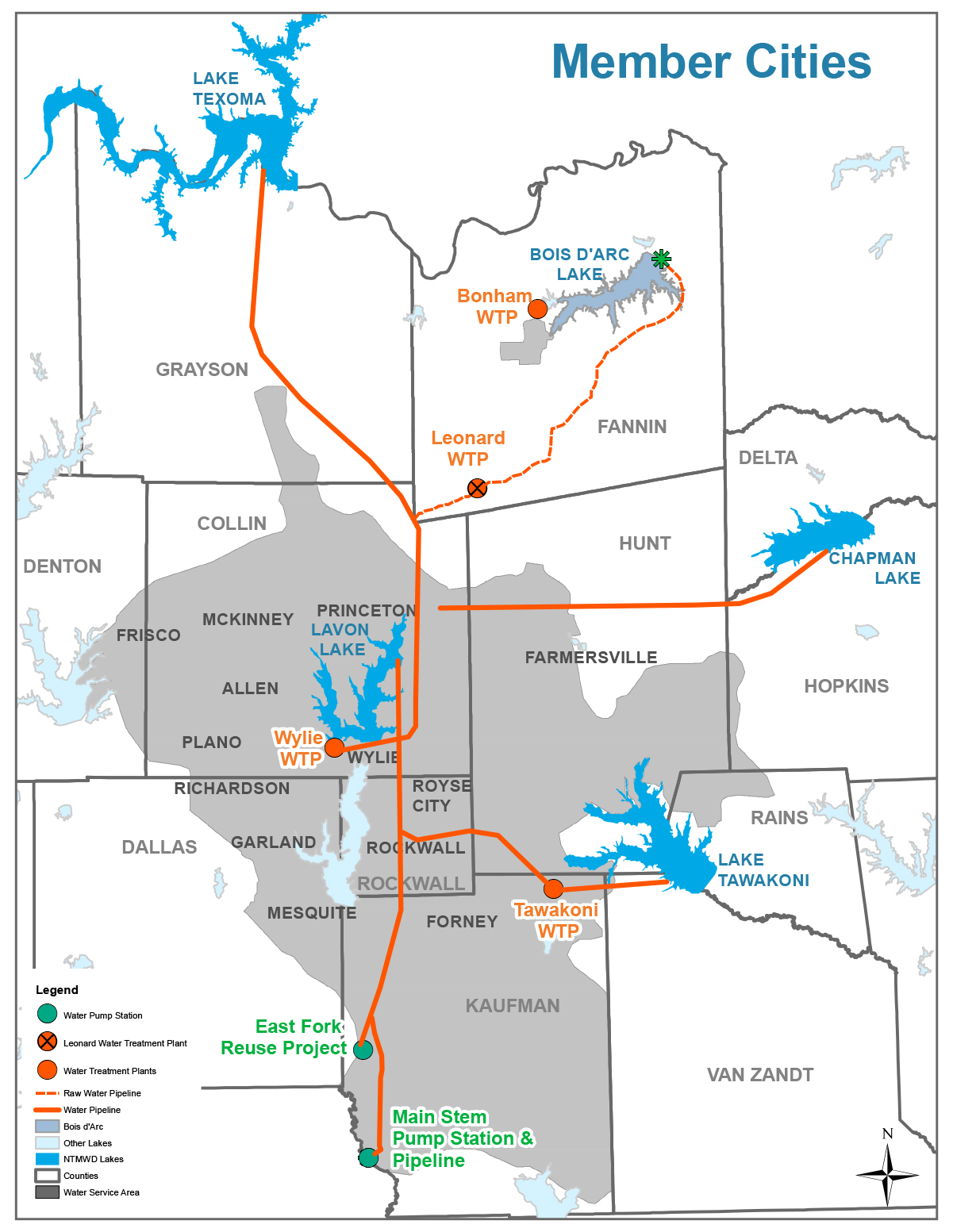 The sun is coming.
By  Matt Goodman
D Magazine Directories