Like all of us, the Nasher Sculpture Center has a lot of plans that are on hold. Some of them indefinitely and, I imagine, some forever.

In place of those plans, most of us instead have a year (and counting) that we can’t get back. March 11, 2020–???? is a still-growing pothole in our collective memory waiting to swallow nostalgia or at least run it off the road—that is, whenever we get enough distance to start remembering this cursed period of time, or the strength to actually do it. I hope and believe I will acquire the former at some point. I doubt I’ll get the latter. I’ve put most of the past year through a paper shredder in my mind already.

In the Nasher’s case, where those plans should be, exhibitions meant to be open now, there is “Nasher Mixtape,” curated by Catherine Craft. On view through September 26, the show is drawn from the Nasher’s permanent collection, though almost a third of the works are making their debut at the museum, and many others haven’t been seen in a while. There are familiar names (David Smith, Joan Miró, Nancy Grossman, Martin Puryear) and newer ones (Nicole Eisenman, Melvin Edwards, Maren Hassinger).

Craft has created 10 micro-exhibitions, or “tracks,” and each of those tracks functions a bit like its own mixtape. I’m thinking specifically of Track 3, “The Ends of Minimalism.” Walking into one of the Nasher’s main galleries, first you come across Scott Burton’s Untitled: Two Chairs (1979), the lacquered steel sort of mirroring William Tucker’s Building a Wall in the Air (1978), situated diagonally across from it, both of them dark and functional. (Or, at least, functional looking in the case of Tucker’s piece.)

Between them is one of the Nasher’s newest acquisitions, Judy Chicago’s bright and playful Rearrangeable Rainbow Blocks (1965), and—to me, anyway—it’s a perfect and natural arrangement, even though they don’t seem to have much in common other than their simple lines. Negative space is filled in, the riot of color is given a frame. It just feels right together. It’s exactly the way I used to make a mixtape, the differences fitting together like two hands holding.

Another highlight: in the downstairs gallery you’ll find Track 9, “Love and Delight,” made up of works from Raymond and Patsy Nasher’s first two decades collecting art—it’s a conspiracy wall of connections. One red thread goes between the curves of Jean (Hans) Arp’s Torso With Buds (Nu aux bourgeons) (1961) and Isamu Noguchi’s Gregory (Effigy) (1945). Another between Andy Warhol’s Portrait of Patsy Nasher (1978) and Jean-Michel Basquiat’s Untitled (1985), sharing a scene more than anything formal, but both lifted up by their proximity. The entire room has these pairings and common reference points.

Both of these tracks are worth seeing on their own, and they’re just two of the ones that Craft has put together. Spend some time with all, and you’ll see the Nasher in a new light. And maybe have something worth remembering.

More Exhibits to Check Out 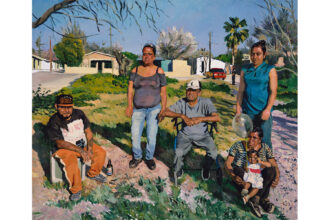 Dallas Contemporary
Through May 30

Xiaodong’s documentary paintings capture life on both sides of the Rio Grande—Eagle Pass and Piedras Negras; Laredo and Nuevo Laredo; El Paso and Ciudad Juarez—based on his experiences living among the communities there in 2019. 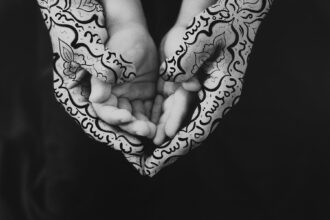 Shirin Neshat: I Will Greet the Sun Again

The Modern Art Museum of Fort Worth
Through May 16

The Iranian artist—who left her home country in 1975 to go to college in the United States, just ahead of the Islamic Revolution—gets the career retrospective she deserves, three decades of video and photographic work that examine her dislocation from the culture she left and the one she landed in, and the giant space between. 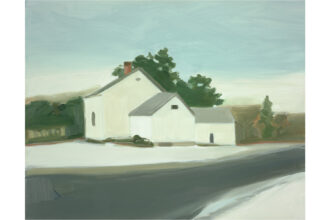 For a Dreamer of Houses

Dallas Museum of Art
Through July 4

It’s maybe the perfect time for an exhibition that explores “the psychological importance of homes,” inspired by philosopher Gaston Bachelard’s The Poetics of Space. Take note, especially, of Chapel, a new acquisition from the Dallas artist Francisco Moreno. 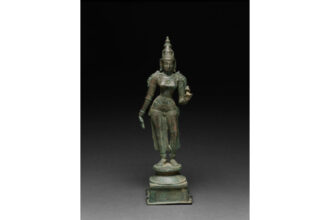 Vishnu: Across Time and Space

Assembled from the museum’s permanent collection, this exhibition looks at the many different forms taken by the powerful Hindu god, how the various avatars represent the many aspects of the Preserver. 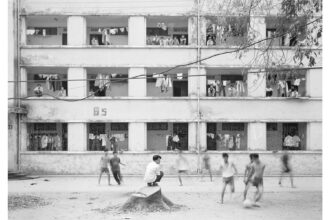 The Vietnamese-American photographer gets the first comprehensive survey of her 25-year career, a nationally touring exhibition pulled from her five major bodies of work spent considering the sheer scope of war with unique subtlety. 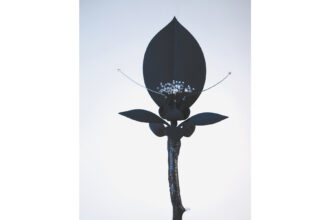 Crafting during covid may have reached new heights, but you can stuff your crepe-paper flowers in a sack, because Tokyo-born, Dallas-based artist Kana Harada puts them to shame. With little more than Super Glue and the kind of foam sheets you’ll find at Michaels, she has spent the pandemic creating ethereal works for a new exhibition at the Crow Museum of Asian Art of The University of Texas at Dallas. Her pieces range from a delicately balanced ikebana floral arrangement, which bursts from a Longaberger basket in shades of hot pink, daisy yellow, and cornflower blue, to the somber single bud of the exhibition’s namesake, Divine Spark (pictured). Emphasizing the light that can be found in times of darkness—and the beauty that can come from the humblest of materials—the works are on view through September 5. It’s Harada’s first solo exhibition at the museum, and it’s the second exhibition in the museum’s new Texas Asian Women Artists Series, a three-year initiative with UTD.