Cynthia Anderson was tired of the constant struggle. Nagging knee pain, which grew worse and worse over the course of two years, hampered the retired junior high and high school teacher’s every movement and often kept her up at night. It was on a family hiking trip that the Allen resident realized she needed to do something to alleviate her suffering.

“I was always the one at the head of the group,” the outdoor-loving Anderson says. “But a few years ago, when we were at Yosemite, just the fact that I wasn’t able to keep up with everyone else—and a couple of times I had to actually sit down and let them go on farther—that was what made me decide I didn’t want to be like that anymore.”

Anderson’s frustration with no longer being able to lead the active life she wanted led her to undergo two total knee replacement surgeries, in April and July 2020, at Methodist McKinney Hospital. But she didn’t just put her trust in the doctors’ hands. They had the help of ROSA.

Zimmer Biomet’s Robotic Surgical Assistant knee replacement system, or ROSA, helps doctors create a surgery plan that optimizes implant placement and incision points. It also provides surgeons with instant feedback on the alignment and ligament balancing of the implant throughout the surgery.

While it may seem like something out of science fiction, ROSA is real and is readily available to patients in Collin County. Methodist McKinney Hospital began using ROSA in January 2020, and its implementation has been a great benefit to patients there. “It was like switching from a flip phone to an iPhone,” says Joe Minissale, president of Methodist McKinney. “It was quite an advancement.”

The Best Doctors in Collin County 2021

The top Collin County physicians in their field, as chosen by their peers.

The highly specialized ROSA system can be only to operate on knees only, unlike other surgical robotics systems with broad applications, such as Mako and da Vinci, which Methodist McKinney also operates. While some hospitals are wary of investing as much as $700,000 in a highly specialized device, Methodist McKinney looked at it as an opportunity to provide its patients with the best care possible. 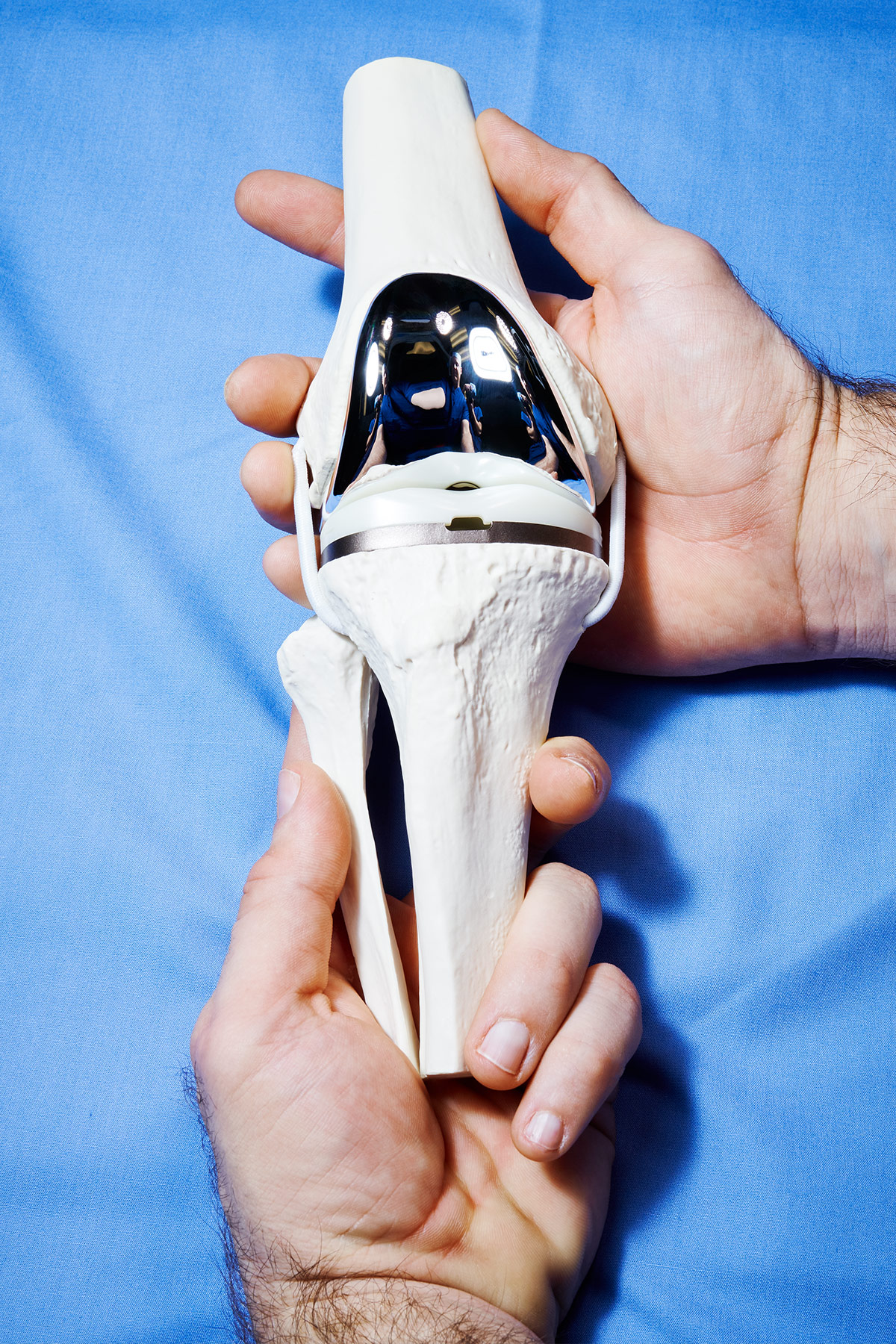 “With Methodist, they looked at it like they didn’t care that it only focused on the knee,” says Kate Morganelli, president of Centipede Digital, the hospital’s marketing firm. “They thought of it as better for the patient. There are a ton of people with knee pain, of all ages, so they just made the investment.”

Dr. Jason Davis is one of four surgeons at Methodist McKinney certified to use the ROSA system. Initially, he was skeptical of the new robot. “Historically, computer navigation and robotics haven’t added much longevity or improvement of functional outcomes,” Davis says. “I had seen and looked at some other products prior to ROSA coming on the market that I wasn’t super impressed with.”

Davis’ skepticism disappeared after trying out ROSA for the first time. “It allows for more precision in measurements and in sizing and cutting and positioning of the implant,” he says. “I think where it really gives a significant advantage is if the knee has a significant deformity. You don’t have to breach the canal of the femur, whereas in a traditional replacement you would typically put a rod in the femur to guide your alignment. But you don’t have to do that with this.”

With other robotic systems, such as Mako, the arm of the robot operates the drill or saw, but with ROSA, the surgeon is the one making the actual incisions. In addition, with systems like Mako, patients need  to undergo a preoperative CT scan to register their knee in the robot’s system. With ROSA, however, surgeons can choose to use X-rays or even do an imageless registration of the knee. This is a huge advantage, as it saves patients and surgeons time and money.

Within seven days of her knee replacement, Anderson was walking without the aid of a walker, and within two weeks, she says, she began feeling like her old self again.

It has been nearly a year since Anderson’s first surgery, and she is already reaping the benefits. Within seven days of her knee replacement, Anderson was walking without the aid of a walker, and within two weeks, she says, she began feeling like her old self again. She credits her quick recovery to ROSA’s accurate placement of her knee implant, her team of physical therapists, and the highly qualified surgeons at Methodist McKinney.

“The surgery part isn’t fun, but when you see the results, it is definitely worth going through,” she says. “You just have to realize that it is going to be a much slower process than you may have hoped, but if you follow what they say and do your exercises, you will have no problems. It has completely changed my life.”

Anderson believes that it is only a matter of time before she can get back to hiking. “I am just convinced that I will be running again pretty soon,” she says. For the moment, she is satisfied with just being able to walk as much as she wants without pain.

“We have already planned a trip for this coming summer to California,” Anderson says. “We are going to hike and swim. Everything we have planned for every day involves being outside and being in motion. I am really looking forward to it. My son is already wondering if he is going to be able to keep up with me.”

How Much Does Childbirth Cost in Dallas?