From East and West Africa, two women are bringing their most-loved sweets to Dallas. Joseline Ballard hails from Accra, the capital along the coast of Ghana, and immigrated to Dallas 10 years ago. Elisabeth Varondi fled the Democratic Republic of Congo before making her way to Dallas by way of Canada. Their small treats took different routes to get here, but they tell a story. They’re capturing an audience of those wanting to try something new. Something with a backstory.

“People might not understand African cuisine fully,” Ballard says. “But with a dessert, people are going to get it.”

It’s the beginning of a conversation that begins with morsel or language and expands from there to a different perception. That larger conversation starts at the Dallas Farmers Market.

Elisabeth Varondi and her husband, Emmanuel, speak French and Swahili, two of the Democratic Republic of Congo’s official languages, as well as English. (He also speaks Russian, because he pursued medical studies in Russia.)

They make mandazi, a cheap, ubiquitous snack often purchased on the street and eaten at all times of day in their native Democratic Republic of Congo. (“Mandazi” is a Swahili word for doughnut.)

Varondi remembers that, when she was a little girl, her mother would rise before dawn to make and sell mandazi to students trekking to class. First the oil bubbling over a wood fire, then the basin balanced on the head. Finally the bite-size beignets that were packaged to order. 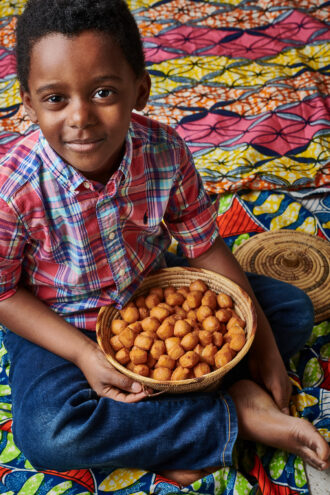 Elisabeth Varondi’s mandazi (beignet) recipe is a family heirloom. Her mother made them for her, and now she makes them for her son.
Elizabeth Lavin

She also remembers her family’s financial distress. “This was so beautiful,” she says of her mother’s effort, like that of many women, taking a home recipe outside of it to support a family.

When she fled the Democratic Republic of Congo as a war refugee, Varondi never imagined the portable snack would bloom into a business. Newly in Dallas after immigrating by way of Canada, Varondi conjured the flavor of the quotidian treat she longed for, and she discovered the morsel reminds people in her new home of doughnut holes or a smaller, cuter beignet. She adapted a recipe and began selling at the Dallas Farmers Market last March. (She has also started selling at the McKinney Farmers Market.)

“I feel like it’s just a small open door to say thank you for my culture,” she says. “To recognize something very small can make a big impact. Sometimes you just need something small to change things.”

Joseline Ballard makes kube cake, a coconut candy from Ghana. It’s coconut and soft caramel mounded into a chewy, shaggy ball popular in Ghana and Nigeria and made there with the freshly grated flesh. (“Kube” is the word for coconut in the several dialects that fall under the Akan umbrella.)

“What people know about our [Ghanaian] food is mostly dinner or appetizers,” she says. “They don’t really know about the snack or dessert part,” a world that includes chin chin (sweet or savory fried pastry straws); kube toffee, fashioned from coconut; nkatie cake (peanut brittle); and zowè (a savory peanut ball spiced with ginger, clove, and chile). 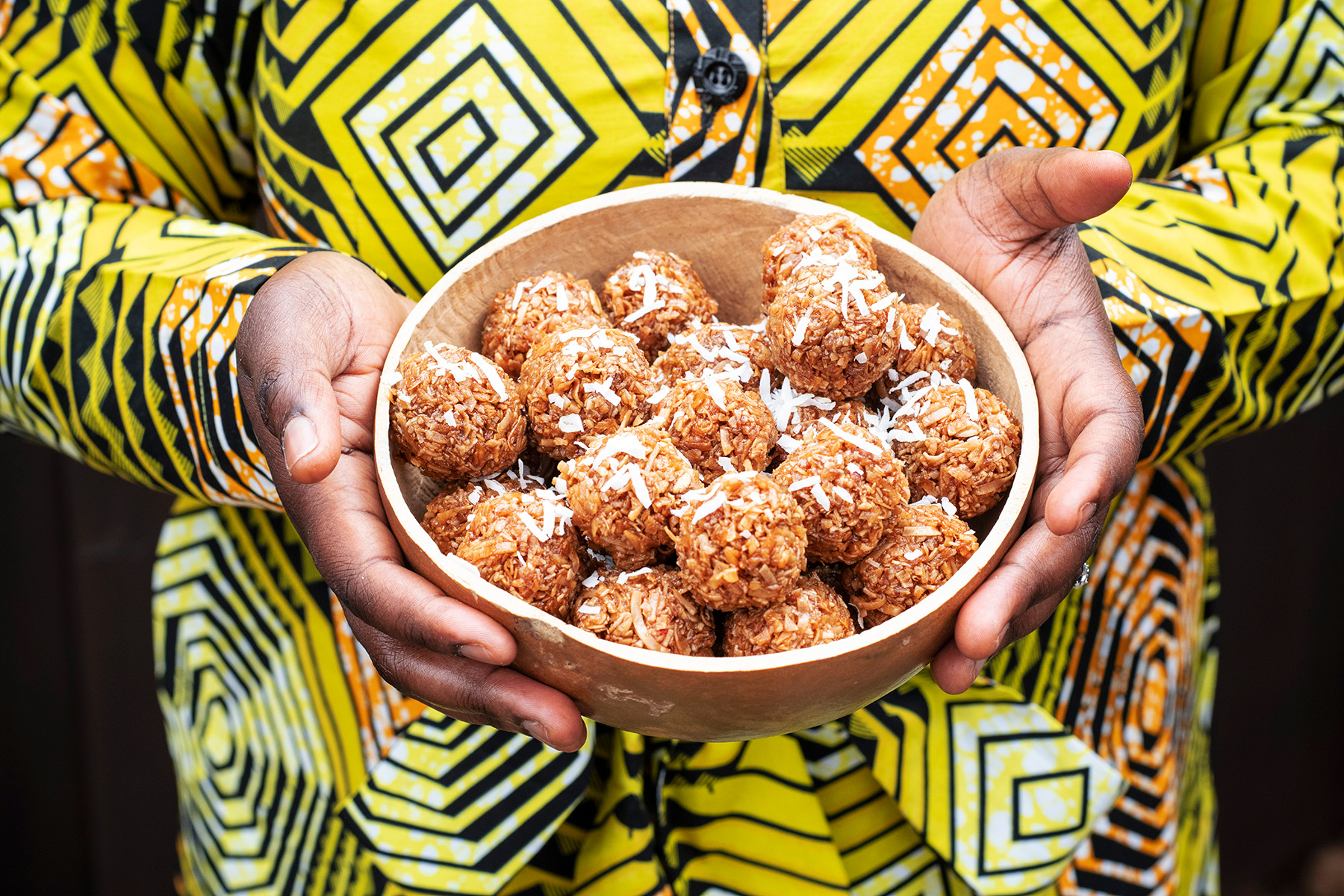 After first selling hand pies at Kravs—her Dallas Farmers Market stand—with fillings like blueberry cheesecake, chocolate, and almond cream, she turned to peddling the kube cake treats she discovered when she was 15, snagging them from street vendors after tro-tro bus rides. To the ever-present basic snack she adds chocolate and granola, bifurcating from the simple recipe to appeal to Dallasites and using organic shredded coconut in lieu of the whole coconut one would grate “back home.” She’s also looking to debut a variation with fresh ginger that’s popular in Ghana.

Her mini pies are a riff on the common meat pie tradition. “But it still doesn’t tell the whole story,” Ballard says. “I still wanted to tell the Ghanaian or African story.” The kube cake, she hopes, is a beginning.

Hand pies, $30 for six; kube cakes, $6 for a pack of four. Available at the Dallas Farmers Market, Saturdays  9 am–5 pm, or order for delivery.

This story originally appeared in the April issue of D Magazine with the title, “Taste of Africa.” Write to [email protected].