Grand Prairie native Chi Nguyen wants to help lift tea pickers out of poverty, one purple bottle at a time.
By Rosin Saez | November 9, 2020|10:23 am

Plucking tea leaves off the bush is fast, precise work. All year round, pickers, who are often women, tug and toss greenery into baskets until they’re brimming. Though labor-intensive, harvesting tea is not a lucrative livelihood. That’s where Chi Nguyen comes in.

Her family—five siblings and her parents—escaped Communist rule in Vietnam before eventually coming to Texas. Nguyen grew up in Grand Prairie, graduated from UT Austin, and worked as a managing director for a brand strategy company for years until she founded Purpose Tea, in 2017, with the mission of ending poverty in women who work in the tea business.

“I wasn’t interested in creating a company that just sold something,” she says. “We have a lot of things in this world. For me, it was important to have a business that gave back.”

Her Dallas-based startup sells bottled and brewed purple tea, sourced from Kenya, which is the third-largest tea-growing country in the world. About 60 percent of tea farm workers in Kenya are women, many of whom are tea pickers earning the lowest wages.

“I met with so many women and talked to them about their lives and about the challenges they’re facing,” she says. “Through these brainstorming sessions with them, they really crafted what our social impact model would look like.”

Proceeds from Purpose Tea sales go toward three key areas: training and education (many women haven’t finished elementary school); scholarships for their children (school tuition is two-thirds of their yearly salary); and access to land (nearly 98 percent of land in Kenya is owned by men, so the ability to lease an acre of farmland gives women a big economic leg up).

She says, “Having that immigrant experience taught me resilience and hard work—but also that we didn’t get here alone.” 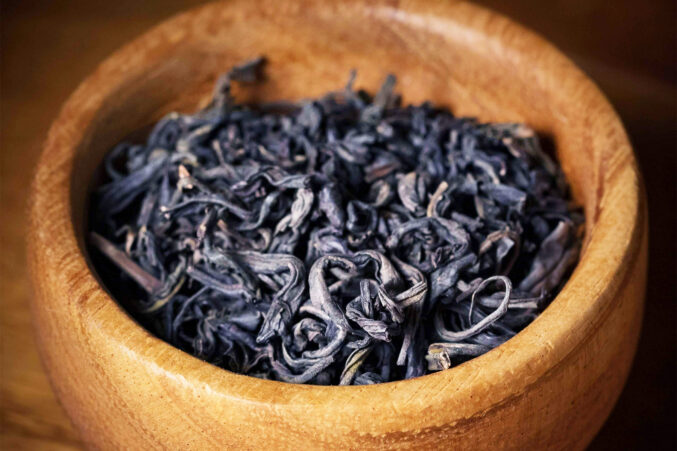 Grown only in Kenya, purple tea (Camellia sinensis var. assamica) begins green, as most teas do, but turns violet as it matures. Due to the high elevation at which it grows, the variety developed increased levels of anthocyanin, an antioxidant-rich flavonoid. Some early studies note purple tea’s natural fat-burning and anti-cancer properties. It’s high in antioxidants but lower in caffeine and has a light- to medium-bodied flavor with vegetal notes and a subtly sweet finish. Purpose Tea is available at Whole Foods and online.

Nerd out on all things tea.
By Eve Hill-Agnus
10 Most Beautiful Women in Dallas