Everything was falling apart. It was mid-March and I was on the phone with Nick Badovinus, enfant terrible of the Dallas dining scene. The panic was palpable in his voice as he spoke of occupancy codes and overhead burn rates, of density and distance requirements, of reanimation and revenue streams, of closures and seismic shifts. Of the impossible happening overnight. What would happen to his new restaurant, the Baja- and Southwestern-themed Desert Racer, in the wake of the COVID-19 pandemic that changed everyone and everything? He didn’t know. Nobody knew.

By the time I called Badovinus, I knew this was not going to be a normal review. It was not a normal time. In the name of public safety, city officials had forced restaurants to offer takeout or delivery only, as the coronavirus swept across the country. Badovinus felt the same terror any restaurateur might, facing annihilation. That week, Town Hearth, his opulent steakhouse, had been the first to report a case of COVID-19 in a server. He was doing triage on the restaurant concepts under his Flavor Hook umbrella—each built without investors, all since closed (at least temporarily). 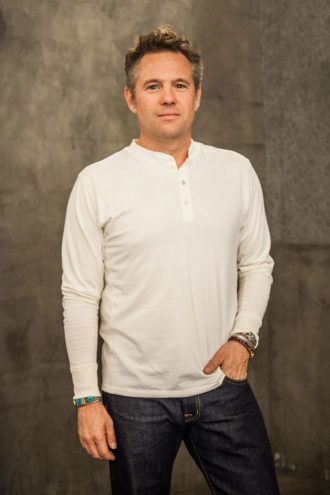 The Desert Racer I had visited and had planned to write about was now suspended in amber, a case both fascinating and painful. Badovinus was still reeling.

With his usual, intense Wes Anderson curatorship, he had built a cinder block-walled compound on Lowest Greenville. Flavor Hook restaurants have always been experiential; Badovinus brings you into his world. Desert Racer was no exception. It was no roadside gas station, where you might cram in for memorable tacos and mezcal, but a pocketbook-stretching project, his largest in footprint. It was a self-contained installation, like a movie set, with a wall of Jose Cuervo bottles, a splash of turquoise tile from the open kitchen, and Ducati motorcycles from the visual vocabulary we’d learned at Town Hearth, but now with potted palms in oil drums and a Baja Bug Volkswagen Beetle. (Never give a maximalist more space.) As always, he was at the center of it, orchestrator and mastermind, the whole thing sui generis—Badovinus generis.

He had brought everything the Flavor Hook portfolio has always delivered. In short: bravado. The beverage list alone was dizzying, his longest, broadest, and most eclectic to date, a barrage of fonts detailing it. Under one of those Ducatis, you could glide between a slushy frozen margarita or red-wine sangria, a coconut-milk paradise or a smoked whiskey cocktail with mole bitters (that would marry with anything from the wood-fired grill). Or maybe a cantaloupe and mezcal highball, bright as an agua fresca. And, my God, was that a juicing station? (It was.)

I’d resisted it, the overload of the menu, the surround sound of the place. But then came the first seafood tostada, Jonah crab and salsa verde fresca, a mound of gorgeously fresh, fluffy crab, light and bright. And then another, all soft and silky raw fish, with lime and guajillo oil. You got the sensibility of someone who has always treasured the spoils of the ocean and sourced and treated them exceedingly well. It was still definably Flavor Hook, even as Badovinus brought his imagination to the Baja California Peninsula, a spit of land poised between the sea and salt-baked sand.

In the kitchen, wood fire touched the deeply flavorful al pastor, and the smoke ring of the tender oak-smoked chicken conjured memories of standing around a campfire. There was blackened red snapper, pink-centered, wet-aged carne asada. Mesquite and charcoal grill, white oak smoker—he needed them all. This man who has never known how to limit himself, and yet what made it a Badovinus experience was that: you had to be there to experience it. As though part of a virtual reality, you shed something real to enter his singularly edited universe, delivered every night like it’s the first time. 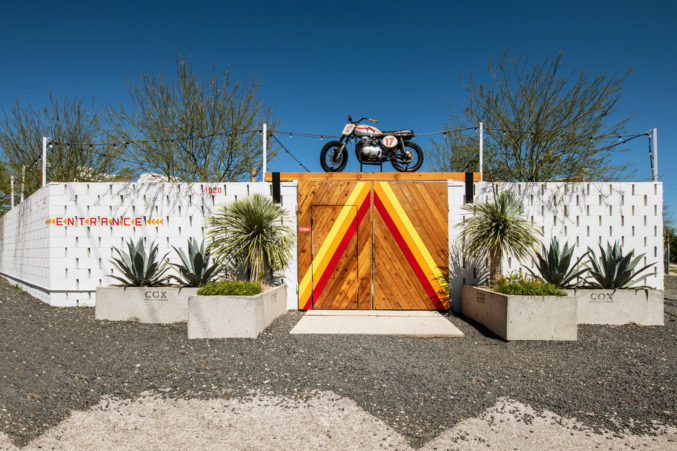 Ghost Rider: Desert Racer had everything you expect in a Nick Badovinus restaurant, from motorcycles as art to a more-is-more menu. Will anyone get to experience it again?
Elizabeth Lavin

“How does he do it?” A question that came up often that night. The only answer: “He’s Nick effing Badovinus.” Flavor Hook, it seemed, had another winner.

And yet, this juggernaut would be felled by a pandemic.

The last night I was there—five days before the general shutdown, mere days before our photo shoot was called off as we sheltered in place—one of the perky hosts said, “My favorite are the cinnamon sugar-dusted tater tots.” She was talking about the insane desserts, like a 9-year-old’s imagination run wild, full of circus animal cookies and cereal. She said this, unprompted, as though buoyed by the mood as she stood under the entryway’s vintage neon sign that flashed “Last Gas” before we left.

And then closure. And the phone call. When the coronavirus writing appeared on the wall, Badovinus acted fast. He knew it would be dire, with his Seattle roots, and he stripped down to a bare-bones management staff. Desert Racer stood empty, fires out, non-management staff laid off. We spoke, then, not of wet-aging or salsas or the size of the oak-wood smoker, but of the sun emerging after a period of excruciating pain, of the challenges facing those that would be left alive.

Where would it go from here? There were possibilities and uncertainty. Would Desert Racer reopen at all in its previous form? Could it? Who could know if this business model would be viable, its full-throttle casual interactivity, in a possible new reality in which all aspects of the restaurant industry might be affected? We spoke of meteors and dinosaurs. Of those that would survive. “We’re preparing for a long winter,” he said. I thought back to the poignancy of that last night, contemplating the apocalyptic, terrifying aptness of that sign, thinking about the mad delirium, the preposterous reality, and how it might be lost.

She had loved those tater tots. And we had all been there, cloaked in blithe insouciance, standing on the brink, before the world fell apart.