Holly Holt-Torres isn’t sure which genius thought up the name for Dallas’ toilet giveaway program, New Throne for Your Home. But the city’s water conservation manager—who came aboard in 2009, 18 months after the program started—knows her own way around a pun. “It’s a cheeky program title,” she says, all but elbowing you in the ribs. Ain’t it?

The Poop on Dallas’ Free Toilets

Dallas buys toilets in bulk to save money. Here’s how much each Ferguson ProFlo Jerritt costs the city: 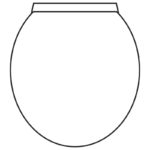 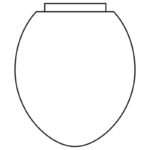 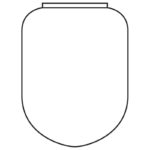 It also works. Since the program’s inception, the city has given away or discounted 114,000 water-efficient toilets to every corner and demographic of the city, resulting in cost savings for consumers and water savings for all. The only stipulation is that your old throne be from 1994 or earlier. During the period between 1980 and 1994, toilets used an average of 3.5 gallons of water per flush, according to Holt-Torres. But she’s seen old ones that range as high as 7 gallons. Water-efficient toilets use an average of 1.28 gallons per go.

The average person flushes five times a day. Applying some math, someone with a 7-gallon-per-flush toilet would use 13,000 gallons per year, compared to 2,300 gallons for your high-efficiency owner. That translates to $100 to $150 a year off your water bill—not bad!

With the city’s help, there are two ways to save. It will give you a voucher for a free, actual physical toilet. You just take it to a warehouse and pick up your new Ferguson ProFlo Jerritt, available in round front or elongated (you are responsible for installation, but Holt-Torres says YouTube has made this a much less daunting task). But if you’d rather spring for the Cadillac of crappers, you can also buy your own high-efficiency model and receive up to $90 back, slashed off a future water bill.

All in all, Dallas saves about 400 million gallons of water a year through this little program with the silly name. That matters now more than ever, as population gains in North Texas and climate change squeeze our supply. “It’s a great program,” Holt-Torres says. “The name is cute, and it has given it real legs.”

How Dallas Is Approaching Water Conservation as the Climate Changes