Perhaps we have not spent enough time pondering the extent to which Jefferson Boulevard is a place of riches. By the time you’ve gone the mile east from the Texas Theatre to the bend partway down East Jefferson in Oak Cliff, as it angles toward I-35E, you’ve passed a half-dozen auto body shops and spots for caldo de res. Down the same street are the quinceañera shops and a nevería and paletería I love, with paletas and nieves in tropical flavors like mamey, where I once watched on TV as a hurricane bore down on Mexico’s Gulf Coast. The food offerings on both its east and west stretches—in gas stations, bodegas, restaurants—are myriad. They have their fans for various reasons. Among these is Del Sur Tacos.

As of last summer, those who love tacos count Olmy and Ismael Sanchez’s taqueria as a place of pilgrimage, filing in from the truncated parking lot under the insignia with a winged luchador—a symbol of the Sanchezes’ own pilgrimage—for tacos and breakfasts (these involve house-made chorizo and egg). 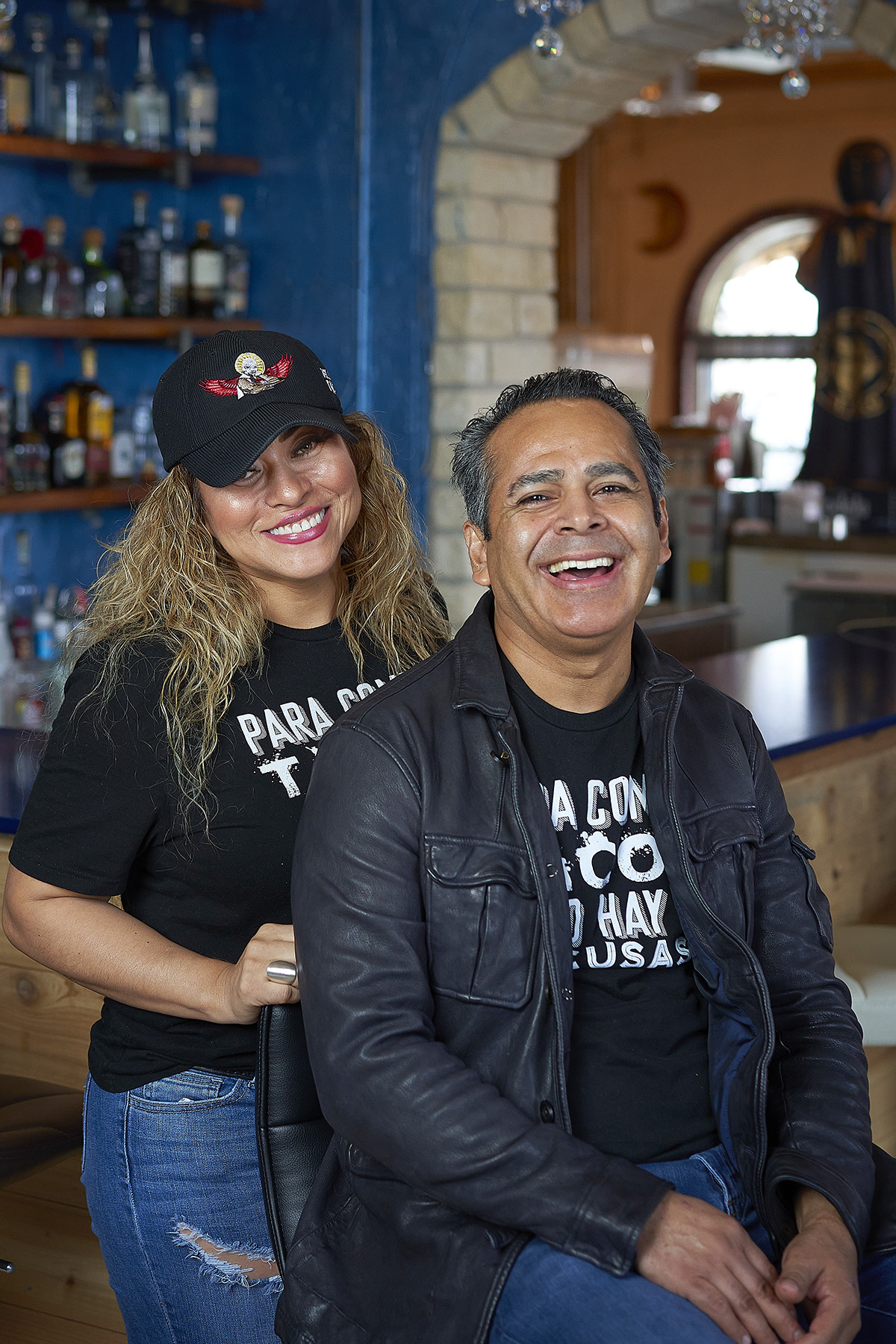 Most things here, you learn, are better than they have to be. Start with the chips (totopos), craggy and sturdy, that make a definite cracking crunch when you bite; the guacamole, with its secret ingredient of orange—yes!—making it ever so slightly sweet and tart, brilliant and unexpected; or the frijoles picantes, with jalapeño sauce, bright green against the deep purple-black of refried beans. Simple things are executed with love. A friend adores the horchata, creamy with lots of canela and rice. These are the pleasures—and already that would be enough.

Since 2015, the Sanchezes have had another location, Del Sur Grill, in a gas station in McKinney. There, as here, they practice the art of making wonderful proteins. Ismael hails from Michoacán, and that is why the carnitas, a Michoacán specialty, are cooked as regional tradition requires, in a copper pot. There are carne asada’s chunks of firm, flavorful beef; the spit-roasted al pastor pork with its orange tint; and the stupendous beef barbacoa, which is slow roasted in banana leaves. Get the taco de pescado, nicely spiced and blackened fish balanced with a tangy cabbage slaw. The simple Sanchez, whose meat is stellar. The Del Sur taco, with slices of jalapeño and avocado to offset the protein (of which you have your choice of asada, al pastor, barbacoa, or carnitas). Ismael is a master of balance.

Some will say nothing tops the chile relleno-stuffed taco, which puts a beautifully battered pepper with supple cheese in a singularly satisfying gestalt of panela cheese, crema, and guajillo-​morita-tomato salsa, with pomegranate seeds on top for a visual touch. A monthly special—featured on Mondays—of a taco de chicharrón bore a bright tomatillo salsa to counterbalance its richness.

But you’ll notice they excel at the unsung taco de guisado, that braised, home-cooking style for which I’ve become accustomed to going to Bachman Lake. Case in point: that barbacoa or the cochinita pibil, a stewy wonder in a thick, ruddy sauce, achiote red with a good quantity of pickled onions to cut cleanly, efficiently through the slurry of spice. The pork stays in generous hunks, and the juices soak almost all the way through the tortilla. Like the tender barbacoa, it’s cooked in banana leaf. Ismael has no business making such superior cochinita pibil, being from Michoacán, not the Yucatán.

“The [luchador] logo that we have: we come to the U.S. looking for the American dream, and in order to do that, you have to wrestle, you have to work hard to do that. We come here to luchar. And, plus, because we’re both from the south. Del Sur. El Salvador and Mexico.”

If you like to be the one who does things differently, there’s the Cali burrito, overstuffed and super creamy, with rice and pinto beans and grilled chicken, like the ones I used to get in beach cities in California. Humble molletes (bread with refried beans) features a bolillo split lengthwise, buttered, and placed on the grill, so it’s browned around the edges like a grilled cheese sandwich—the bread engulfed in cheese, highlighted by a rim of refried beans. (All you can focus on is an avalanche of white.) The mulita, a duo of crispy tortillas sandwiching a filling, is also rare and pretty magical, with those crispy shells on top and bottom and a glob of guacamole crowning them.

In the meantime, you might find yourself addicted to the torta Cubana with its hybrid magic. It has the shaved baked pork and cheese of the Cubano; the al pastor meat, chorizo, jammy grilled onions, sliced tomatoes, shredded lettuce, crema, and a spread of refried beans under the cap of the torta, avocado adding lushness. It’s a lot to bite into. Tortas of this quality aren’t something you find easily in Dallas. Admire the smooth, velvety salsas: one green and potent with heat, the other dusky yellow with a vinegar bite. And the corn tortillas (not nixtamalized but pressed in-house and freckled from the grill).

It doesn’t matter what you get. And, in this, Del Sur surpasses others.

You know this when you bring a group on a Saturday night to the blue-painted, luchador-themed side room, where handmade masks hang from the ceiling and murals show figures posing in tongue-in-cheek superhero-boxer bravura. Or you stop in before work to load up for your colleagues. “That’s outrageous!” your online editor says of the torta. “You should have some of that!” he says to anyone listening. He is, of course, right. This is my job insurance. They’ll be dreaming about it for days.