Paul Duesing likes to tell the tale of how he once got the Queen Mother drunk on frozen margaritas while hosting a Texas-themed barbecue for a few friends in the titled aristocracy. Then there was the time that the University of Oxford-trained designer was working on a project for Mohamed Al-Fayed. Duesing says that whenever he was at the London home of the Egyptian businessman, a security guard would walk ahead of him, turning every photograph facedown, presumably to hide family photos of his son’s girlfriend, Princess Diana. Or there’s the fact that even though Duesing quickly fired a creepy client who tried to hire him to design a private island retreat, he still ended up in Jeffrey Epstein’s black book, alphabetized directly before the Duke of York.

Don’t get Duesing started. The bon vivant with a charming West Texas drawl could write a book about all of his wild adventures and global travels, designing five-star resorts from Mexico to Nicaragua to Africa. Even his own home in Bluffview, which he shares with his three corgis—Dudley, Briggsby, and Raleigh—is full of stories. The main house on the property was moved to the site from New Orleans by the previous owner. Duesing added a chapel in back, which is outfitted with chalices that his ordained uncles once used to celebrate Mass.

Duesing decided to return to his home state of Texas after spending the first decade of his career in London, bringing his love of the queen’s favored canine breed and a collection of equestrian antiques and toy soldiers with him. He opened his architectural and design firm in Dallas in 2000. Not long after that, Maria Shriver came calling, turning the course of his career from a focus on international hotels to personal resorts for the well-heeled. 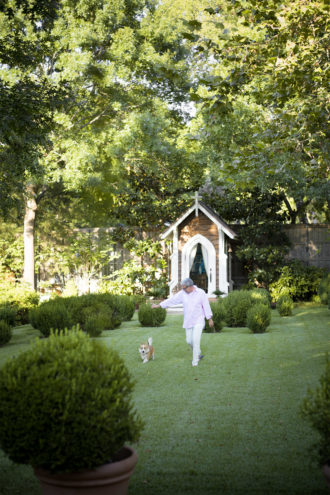 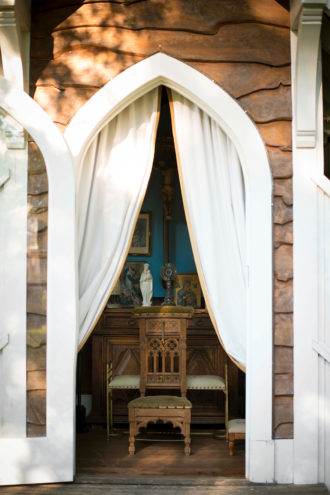 Elizabeth Lavin
Going to the Chapel: Duesing’s Bluffview compound includes a three- bedroom house that was moved to the property from New Orleans in 1973, a one-bedroom home where he lives, a cottage he uses as an office, and a little chapel that he designed and filled with family relics.

The shift started in the early aughts, when Shriver was in Cape Town, South Africa, with her then husband. Someone told them they should make a side trip to Victoria Falls, in Zambia, where they could stay at the Royal Livingstone, a new hotel and resort that just happened to be designed by Duesing.

“They had been trying to build a house for seven years but couldn’t agree on anything,” Duesing says. “And as soon as they saw the hotel, they loved it. Which made sense, because I like to do big-scale stuff: big, heavy materials; big themes. And that property is frightfully colonial, very English.”

The English sensibility appealed to Shriver, and the bold architectural side appealed to her husband. So Shriver asked the general manager who had designed it. “Well, he’s from Texas,” the manager replied.

“It wasn’t 10 minutes later, and Maria Shriver calls me,” Duesing says. It turned out that the couple were also regular guests at another Duesing-designed resort, Las Ventanas al Paraíso, in San José del Cabo, Mexico. She hired him over the phone.

“When she first called me, she said, ‘Look, I want to live in a house like the hotels that you design. I want my house to be like a resort,’ ” Duesing recalls. “I said, ‘So you’re wanting your own personal resort.’ And she said, ‘Yes.’ So that’s where the concept of personal resorts came from. That was my first personal resort to actually do.”

Now his firm designs about two private residences a year. He doesn’t like to name too many names, but he has projects in the works in Turks and Caicos (or Chips and Queso, as he likes to call it), Jackson Hole, and Montana. And he’s designing a 2,000-square-foot “crystal pavilion” at the back of Moll Anderson’s Dallas home, where the interior designer can host fashion shows and dinner parties.

He’s still designing resorts, too. He’s working on Susurros del Corazón, an Auberge resort in Punta de Mita, Mexico, which is scheduled to open in early 2021. And he has been asked to do the hotel for the new Sapphire Bay Resort, in Rowlett. But whatever his project, Duesing’s goal is to create an environment where people can kick back and relax. A resort should feel like an exotic escape, but your home should as well, he believes. 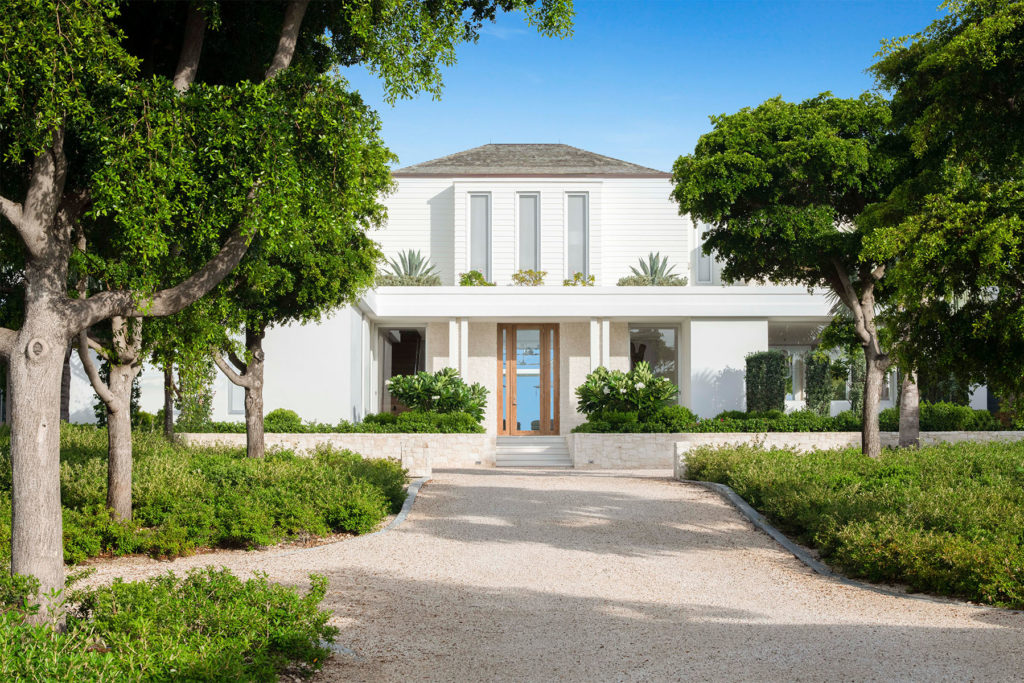 A gravel drive offers a warm welcome to a modern Turks and Caicos home.
Elizabeth Lavin

“I can really rejuvenate myself every time I come home, even just over a weekend or just a day,” Duesing says of his Bluffview compound. “I can wake up and then get ready to go again. And that is 100 percent because of the environment. I want people to have that feeling when they come home, that they get energy from their house. The house gives them that fuel to go back out and conquer.”

Because travel has been curtailed for the near future, Duesing’s personal resort ethos is more relevant than ever. If your home can provide you with the relaxation and rejuvenation you need, then reducing your world to that smaller sphere doesn’t have to feel like a hardship. Instead, it can be a joy.

“I keep getting phone calls from different people who say, ‘If I’m with my husband for one more day, I’m going to lose it,’ ” Duesing says. “I think after this whole thing blows over, we’re going to find that a lot more people will be working from home because they realize that they can actually do it. So people are going to start looking at their homes in a different light.”

With or without a frozen margarita, Duesing is ready to show them how.

“I’m from a very small town up in West Texas called Big Lake, with 2,000 people. It’s way out there in God’s country. My parents moved there from St. Louis in 1948. My grandfather and his brother were architects in St. Louis. They had studied at the École des Beaux-Arts in Paris. So ever since I was a kid, I’ve been surrounded by great architecture and architecture talk. Plus, my father had a degree in fine arts, and my mother had a degree in art history. So, being in a small town in West Texas, we were always the weird family.

“I always find this funny, but my name is actually Quentin, because I’m the fifth son and that’s Latin for the fifth son. But in West Texas, nobody could pronounce it. Everybody would say Quittin. They’d say, ‘You know, that Bette had to name her son Quittin because she was like, “That’s it. I’m not having any more kids. I’m quittin’.” ’ So after a party one evening, my mom told my dad, ‘We’re not calling him Quentin. We’re calling him Paul.’ ”

Being in Jeffrey Epstein’s black book:

“This was 18 years ago. A client approached me, and I have no idea how he got my name. None. But out of the blue, I get a call from this client who wants me to do his home on an island. But I don’t particularly care for this client. I politely said, ‘Due to your time schedule and our workload, I’m going to have to respectfully decline doing your project.’ And, of course, this client called me and screamed at me over the telephone, ‘Do you know who I am? I can make you wealthy! I can make you famous!’

“A few months ago, I get a phone call from my brother saying, ‘Oh, man, you’re rocking the boat.’ I was like, ‘I didn’t have a fight with any of my brothers. I don’t know what you mean.’ I thought he meant a family issue. But, no, it was because his son had called him and said, ‘Hey, they just released Jeffrey Epstein’s black book and Uncle Paul’s name is in it.’

“And, of course, everybody sees my name because the next person after D-U-E is D-U-K-E, the Duke of York.” 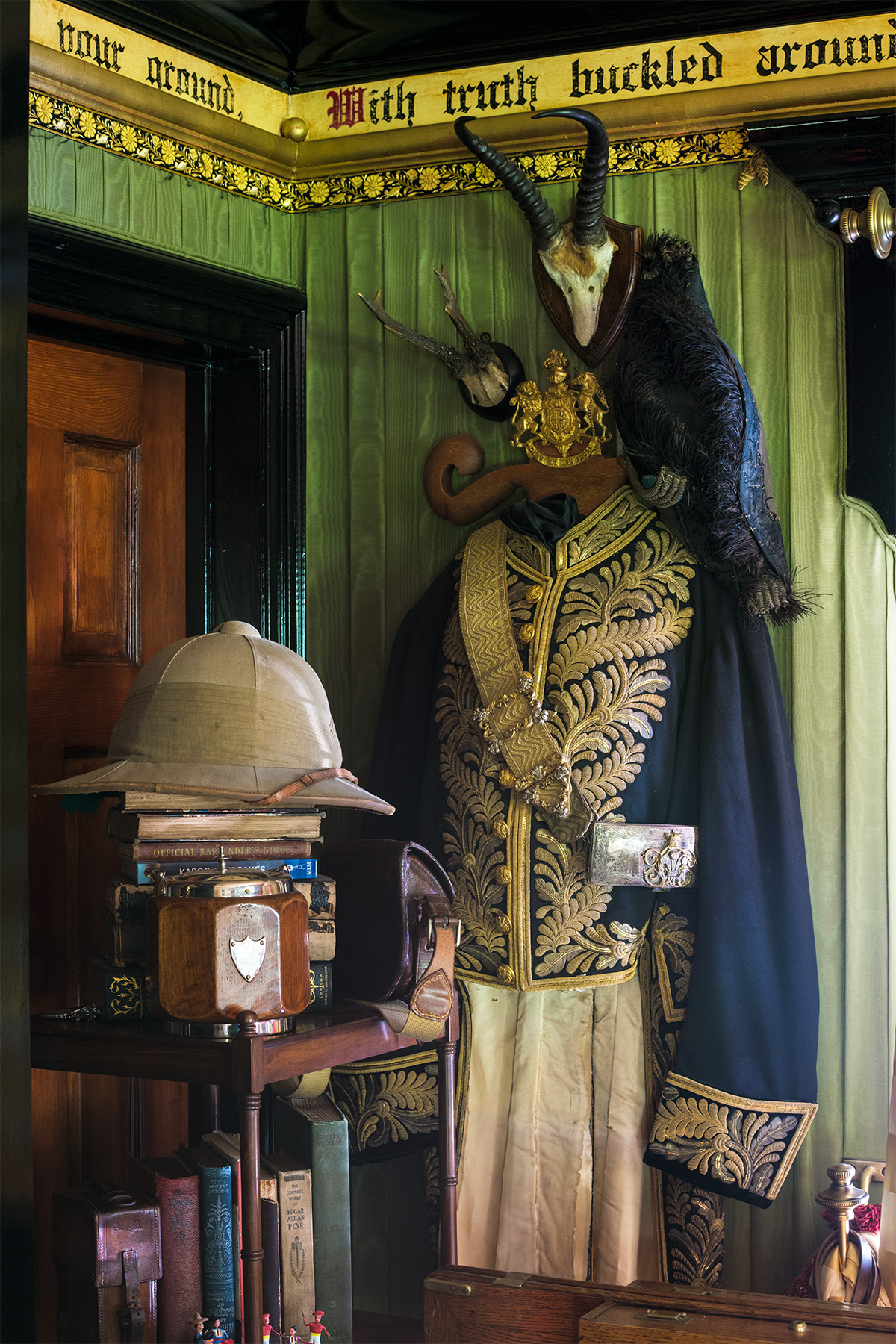 Colonial Life: During his time in London, Duesing picked up this uniform that once belonged to the Earl of Elgin, who served as viceroy of India in the 19th century. “He would wear this when he would go to meet with Queen Victoria,” Duesing says.
Elizabeth Lavin

Getting the Queen Mum drunk:

“When I lived in London, I became good friends with Lord and Lady Lloyd, and we’d go out to their country house quite a bit on the weekends. It was the summertime, and so we decided to have a Texas evening. I was going to come barbecue, and I said, ‘Just leave it to me.’ I would bring all the ingredients. To find everything, I even had to shop at Harrods to get the steaks.

“So I went into the kitchen, and I started with margaritas so that everybody could enjoy a frozen cocktail while we were grilling outside and sitting at a picnic table, you know, proper Texas style. And they said, ‘Well, we have someone we would love for you to meet. Come to the sitting room.’ So I dried my hands off and I go into the sitting room. Boom: the queen mum is sitting on the sofa in the living room.

“She was real tiny, and she was wearing blue jeans, a cute little country outfit. I was stammering. I didn’t know what to say. She offered me a chocolate, pointing to one with her dirty fingernail, because she gardens a lot, and she goes, ‘I particularly love this one.’ So, of course, what are you going to do? It was filled with sticky caramel on the inside, so I could not talk. She started asking me questions, and I started mumbling, and she laughed. That’s how she breaks the tension.

“Anyway, so she started slamming back those margaritas. She goes, ‘May I have another frozen thingy?’ To this day, that’s what I call them. Frozen thingies.” 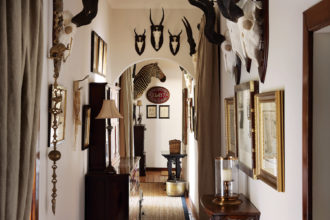 “It is very Out of Africa. It is meant to be a respite when you’ve been on safari and you’re dirty and dusty from the vehicles. All of the porches overlook the Zambezi River. It is a place to get a massage, a manicure or pedicure, and get your hair done. A tented camp can be fun but kind of rough.” 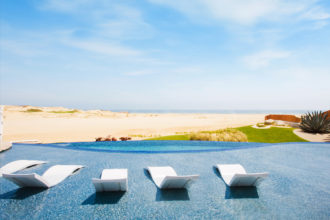 “We designed the property about 12 years ago, and now we’re adding on. The design is classic Mexican. We’re redoing the restaurant and bar and adding a bar on the terrace and a beach club restaurant. Our design for that restaurant was inspired by La Huella in José Ignacio, Uruguay.” 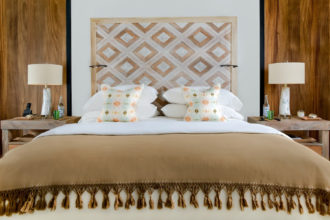 “It is planned to open in early 2021. It’s a jungle environment, and every room has its own pool. It’s sort of what I call a Mexican contemporary hotel. Everything is manufactured in Mexico, which I love doing. I love relying on local resources and local manufacturers.” 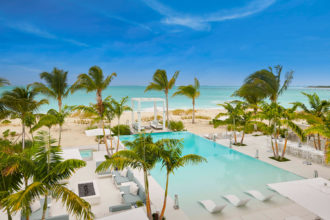 “That project is about infinity. From the moment you walk in, you have the ‘Oh, Jesus’ moment of looking across the living room, across the veranda, across the pool to a very dramatic sort of pergola cabana that frames up the ocean and the beautiful water.” 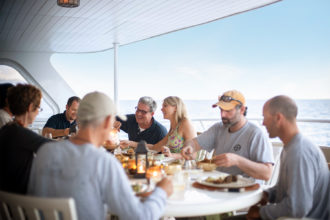 “Pangaea is a ship I designed for a client. I did four houses for that client, and then the fifth was actually a marine expedition yacht. They wanted the ship to look like it sailed from England to Africa or India during the colonial development. It has a staff of 24, three bars, and six bedrooms. Two of those are staterooms.”