We went on a quest for cozy, quaint, and otherwise adorable abodes for a refreshing look at Dallas real estate.
By Jessica Otte | July 10, 2020|12:55 am
View Gallery
View Gallery 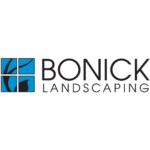 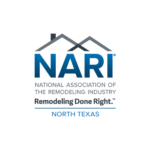 In the midst of one of many leisurely walks around our neighborhood this spring, we decided a celebration of charming houses was just what we needed. Wholesome and reassuring, they’re the real estate equivalent of the home-baked sourdough loaves filling your Instagram feed: comfort food for the weary, HGTV-binging soul. In a strange way, the separate togetherness of the times—and the sidewalk-chalked messages of hope and scavenger-hunt art taped to windows it has inspired—upped the heartwarming ante of our search. As you’ll see, the stories of these houses are really those of their owners, whose names we’ve withheld for privacy, who’ve poured their hearts and souls into the places they proudly call home. All housing information is from dallascad.org. 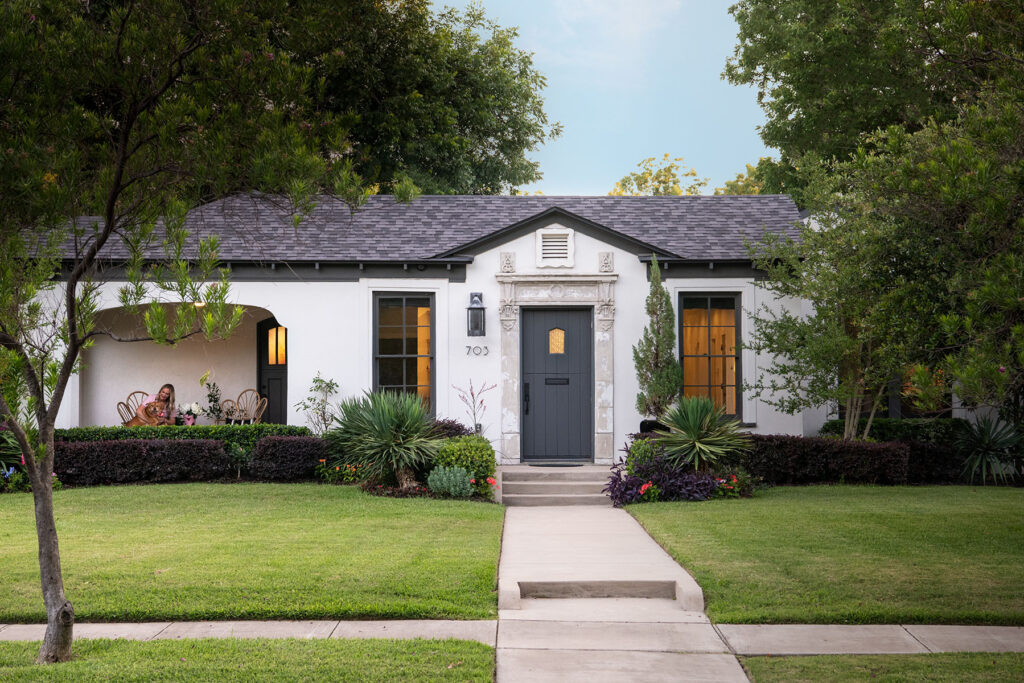 Not all love stories end with a happily ever after. In 2013, this Junius Heights bungalow was a dilapidated converted duplex. It was taken down to the studs by its owner, a California native who fell for its white stucco façade, unique in East Dallas. But the love affair ended when she moved out of state, in 2019. Fortunately, the home found a good match in its new owner, who has enjoyed learning to landscape and especially loves the dog washroom (off the detached garage) and proximity to Swiss Avenue. And when the peeling paint on the original cast-concrete lintel drew a citation from the city of Dallas, the new owner wasn’t afraid to stick up for her home; she repaired what was structurally necessary but left the rest. As for the previous owner? While she still wonders what might’ve been—“I tell [the new owner] all the time, ‘The second you sell that house, you call me because I’m buying it back!’ ” she says, laughing—she’s happy her brick-and-mortar beloved belongs to someone who appreciates it. Isn’t that what we all want for our exes? 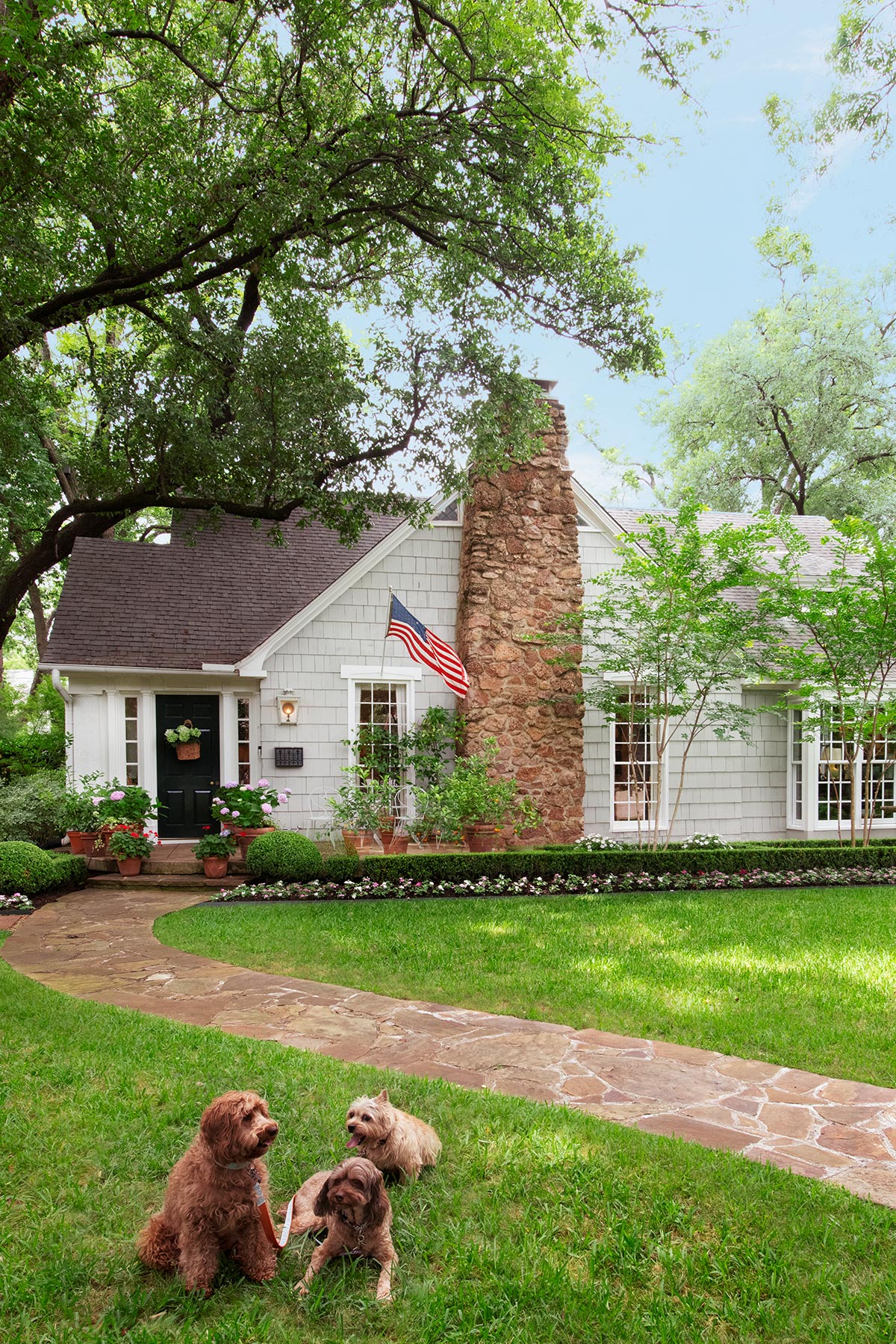 A peek between towering hedges that largely shield this slice of Americana from the street reveals a piece of Dallas iconography. Built in 1923, it’s believed to be the original backhouse for the former Hoblitzelle family house that still stands behind it. It was later owned by a Dealey, who recruited architect Charles Dilbeck, the King of Charm, to design an upstairs room befitting of a nursery rhyme, complete with leaded glass windows and plaster gnomes peeking out from the walls. The current owner found solace here following a fire that claimed her previous residence. “The setting is so pretty,” she says. “I love shingle houses, and there aren’t very many in Dallas.” She has added her own touches, having noted architect Wilson Fuqua help with an extension to the front door and incorporating murals from her previous home. Originally painted by famed Dallas designer Nina Claiborne, they were painstakingly salvaged as her former home smoldered. 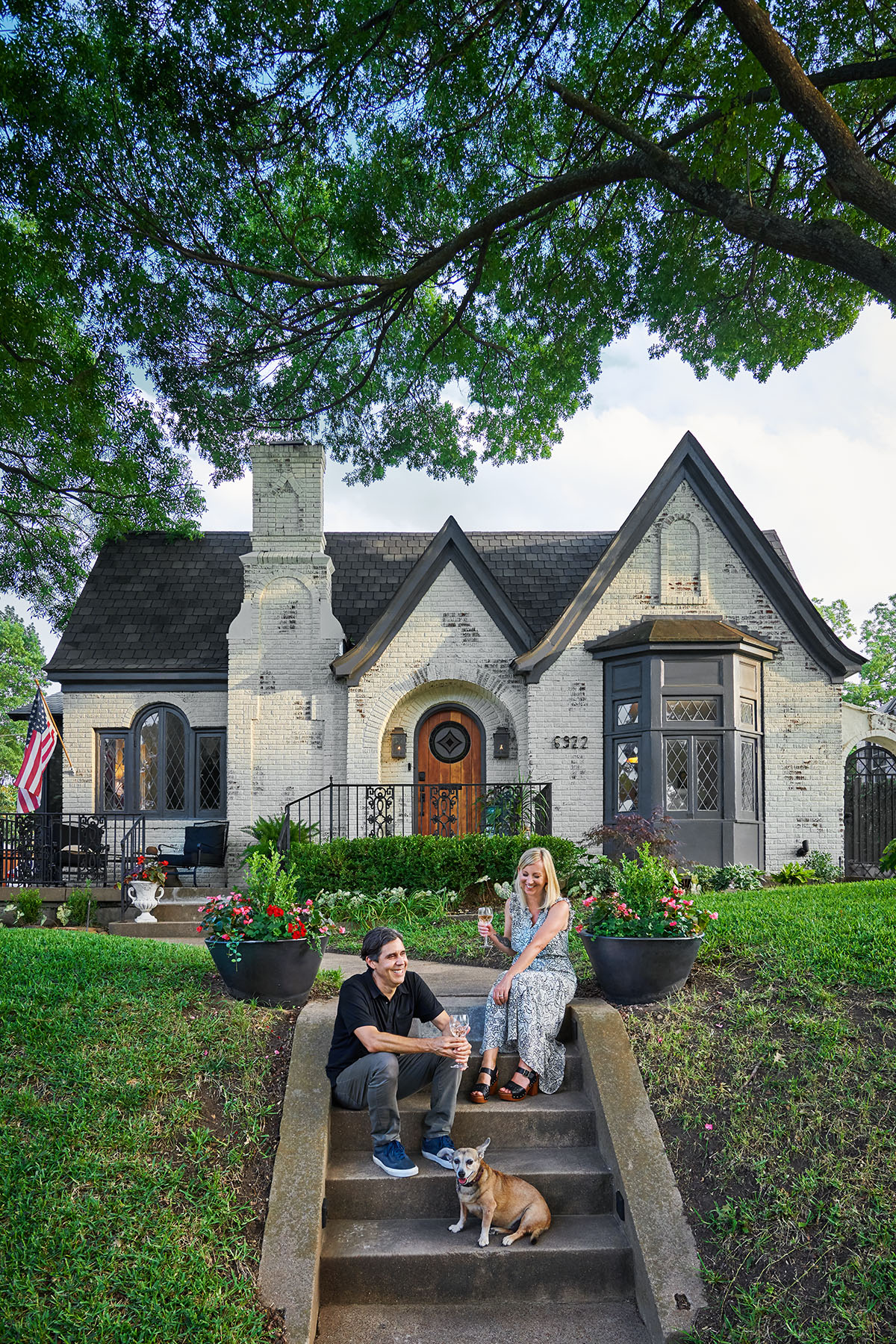 The empty-nested, formerly suburban-dwelling owners of 6922 Wildgrove migrated south once their kids flew the coop. She wanted a project, he wanted a deal, and they both wanted to be near White Rock Lake. They found it all in a downtrodden Tudor with a treehouse-like view that they brought back to life, much to the delight of neighbors who feared the home would be torn down after sitting empty for more than a year. The exterior brick was given a white slurry treatment, and, after much debate, the bay window pop-out was painted a dramatic black. The owners, the fourth to call the house home, also added a screened-in porch, one of several outdoor spaces where they enjoy a leisurely cup of coffee on weekend mornings or a cocktail come 5 pm. Yet they think their street may be the best feature of all—a competitive bit of pride common to the area. “Everyone in Lakewood thinks they have the best street in Lakewood,” she says, laughing. 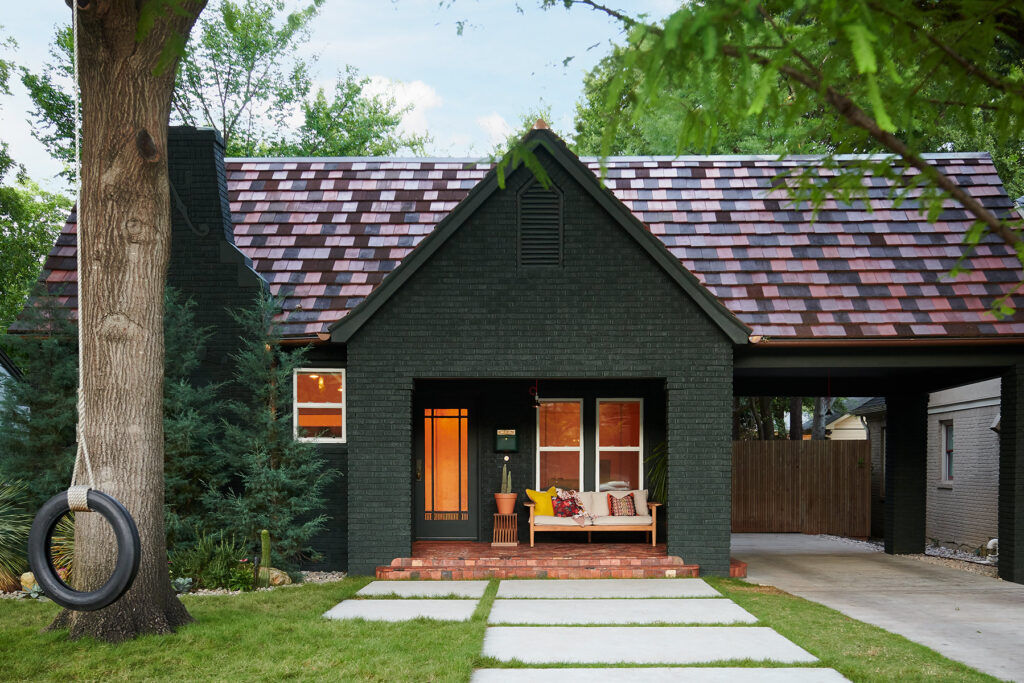 When the owners were returning to Texas from a three-year stint in New York, there were two houses on the market in their desired corner of Oak Cliff. “One was really awful; one was less awful,” the owner remembers of their conditions. The family went with the “less awful” option, which had undeniable curb appeal and plenty of big, beautiful trees. Over the three years since, they’ve made enhancements that both honor the home’s original intent—a carefully designed addition that didn’t affect the roofline or footprint, for instance, and a tile roof reclaimed from a 1920s San Antonio church—and provide interesting contrast to its traditional lines, like painting the exterior black. While not the type to continually look for projects, the owner admits that “things present themselves.” To wit, they just installed a new tile porch that echoes the roof, to better withstand their three kids’ constant barrage of bicycles and scooters. 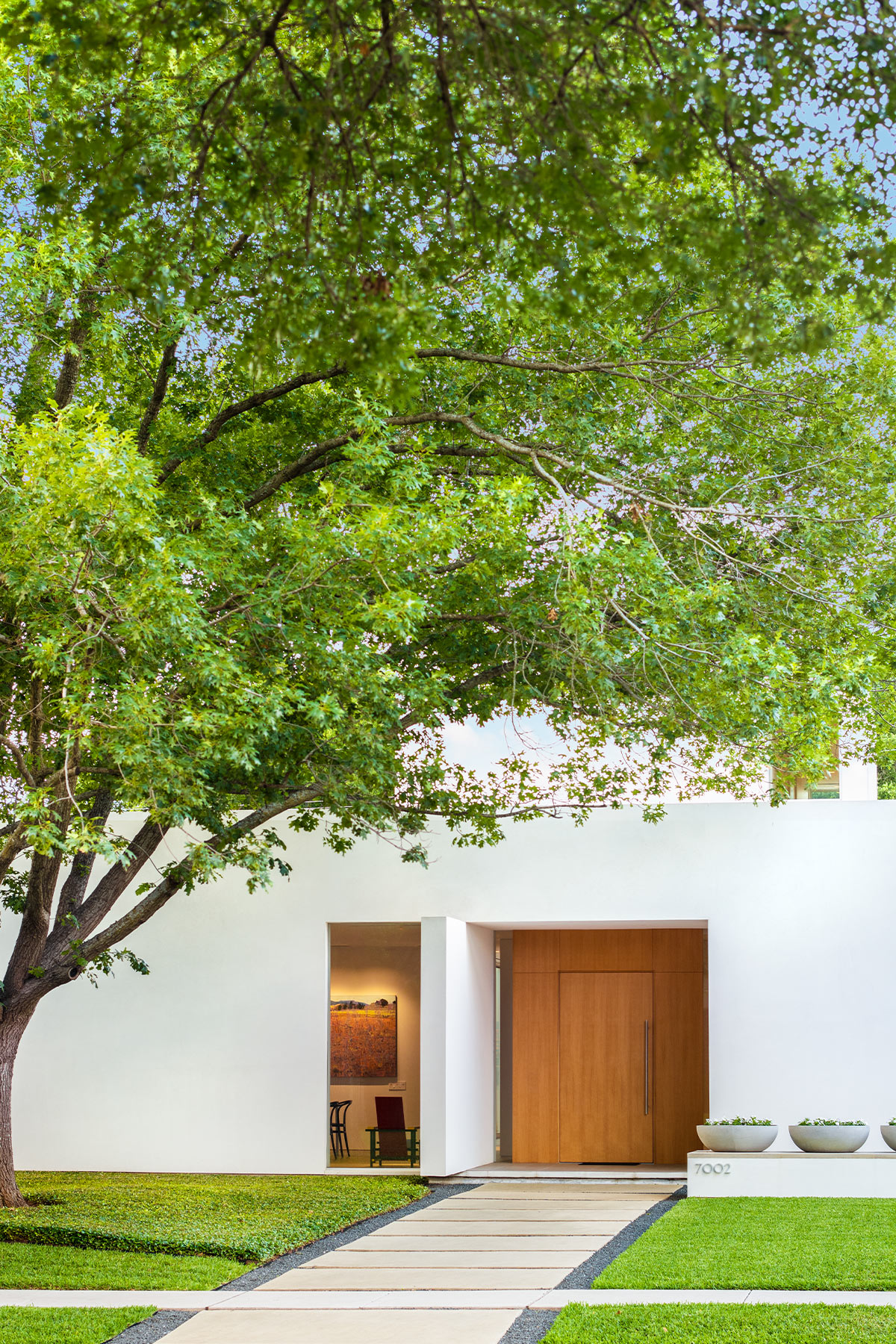 You may be thinking: this house? On a charming list? To which we wholeheartedly say: yep. Sitting pretty on a corner lot in Lakewood’s C Streets, this modest modern appears pocket-size from the front, belying its nearly 4,000 square feet—and that’s precisely the point, says its architect-owner. He and his wife have a long history on this lot, having raised two children in the home that previously occupied it. After three decades, they decided to finally build the home of their dreams, though they worried what the neighbors— who largely occupy century-old cottages—would think. Fortunately, the word on the street seems positive. “Many people have stopped to tell us how much they love the house,” the owner says. As for what he loves about it? “It’s serene, it’s uncluttered, it gets a lot of daylight,” he says, adding with a chuckle, “and it’s the first time in our adult lives that we’ve had real bathrooms and closets.” Sounds pretty charming to us. 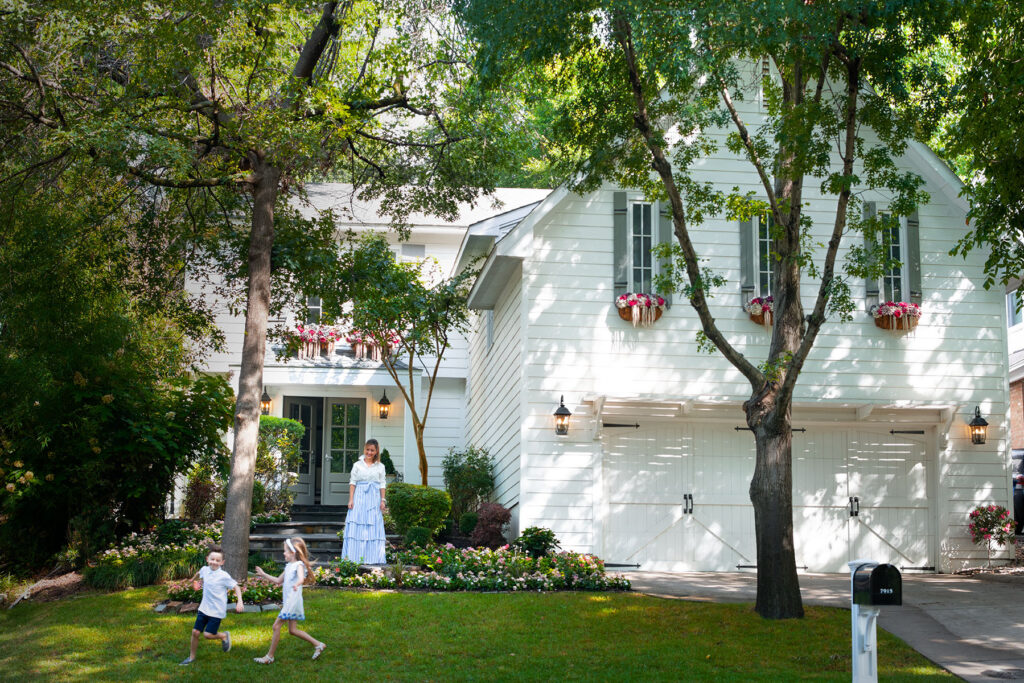 Tucked away on a quiet, hilly street in west Lake Highlands—the largely curbless section where wild peacocks roam—sits this life-size dollhouse. If it seems out of place, it is. The house was moved from Lakewood in the 1970s. In 2013, its now owner came across its MLS listing online. A designer by trade, she found the home cute but lacking and decided she should be the one to realize its potential. Within a year of purchasing it, she and her husband painted the siding (in Benjamin Moore’s White Dove) and the front door (in a custom gray). They upped the charm factor by adding a canopy over the door, a pergola above the garage, faux-flower boxes, and the sweetest, skinniest shutters you’ve ever seen. It’s now everything the owner knew it could be. “I just love how homey and comfortable it feels,” she says. “It’s storybook.” 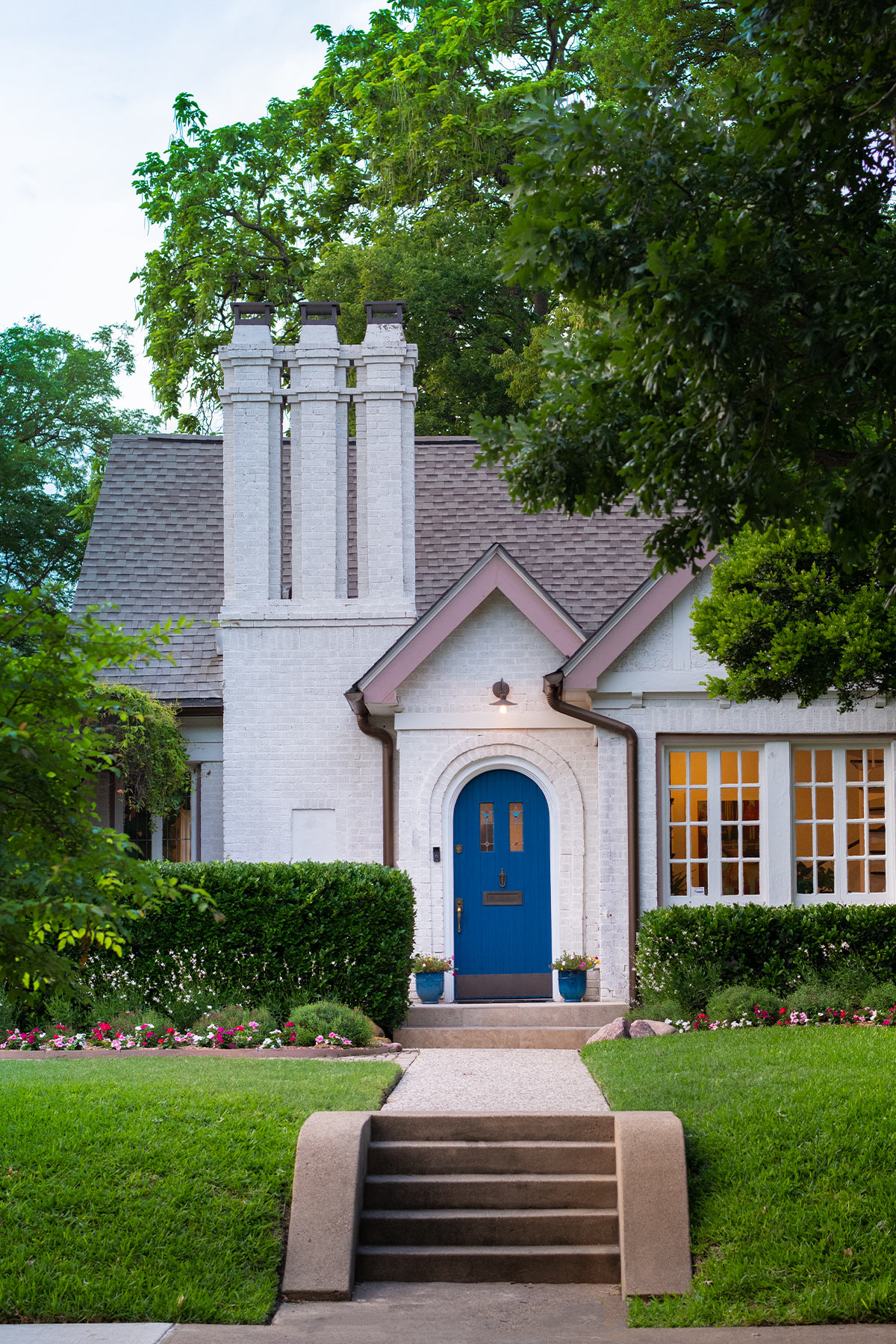 Seven years ago, the owners made an offer on their house based off a photo alone—a testament to its undeniable charm. A spontaneous weeklong house hunt (that began after finding another home that was ultimately spoken for) ended abruptly when the couple’s real estate agent stumbled upon this off-MLS gem. They fell for its original door—dubbed “the happy robot” by friends—and distinctive chimney. They’ve gamely made updates, spiffed up the landscaping, and made repairs, like rebuilding a sunroom wall that was previously so rotted it gave way with the slightest nudge. “Part of the fun has been opening up walls and seeing what other people have tried to do,” says the owner. “It’s like peering into the past.” And while there is no shortage of surprises when owning a nearly 100-year-old house, the owners are more than happy to put in the work. “We feel like we owe it to the house.” 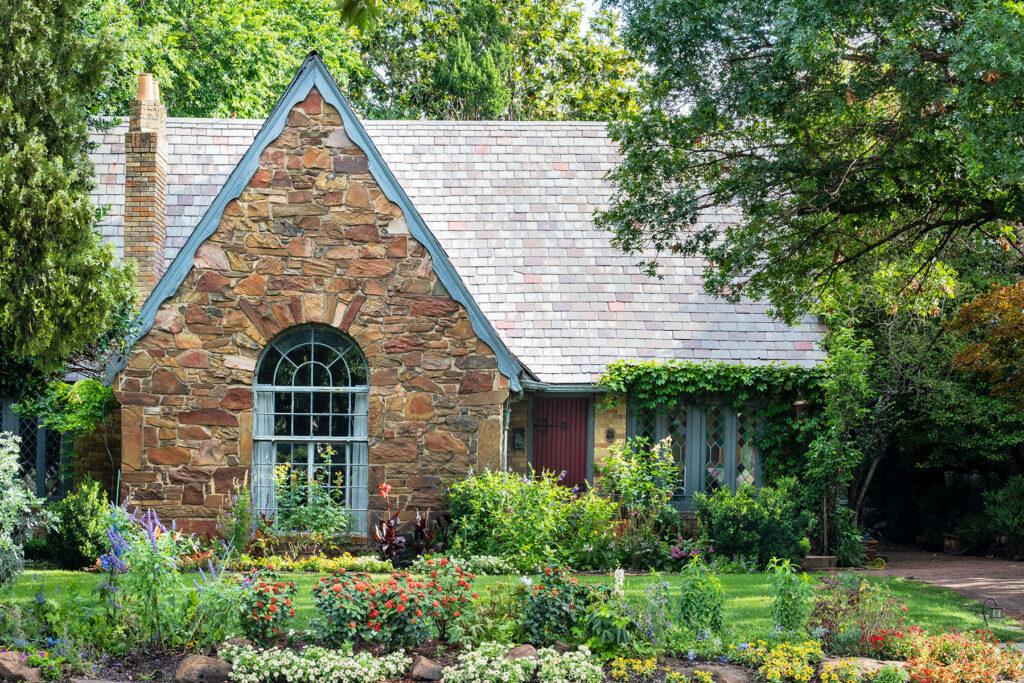 Frequenters of Snider Plaza no doubt recognize the cottage just off the shopping center’s north entrance nearest the Tom Thumb and, depending on the time of year, the foxgloves, poppies, or (currently) periwinkles and pentas bursting forth from its lush landscaping. The owner—no surprise, a landscaper by trade—started as a renter in 1974 and purchased it a decade later. Since then, he has invested plenty of sweat equity in the home, installing all on his own the slate roof, which he peeled (with permission) off a soon-to-be-demolished Oak Cliff church one sweltering July week in 1977. In 2004, a city repaving effort left the stretch of grass between the sidewalk and curb destroyed. Rather than have it resodded, the owner turned it into a pocket garden that greets those sitting at the Lovers/Hillcrest traffic light. “About 15 years ago, a letter came that was just addressed to ‘The Cottage on Lovers Lane,’ ” says the owner, who recalls that the appreciative young writer ate with her family at Snider Plaza weekly. “She said, ‘All my friends, when they grow up, they want to have a big mansion. But I just want a little small house like you have.’ ” 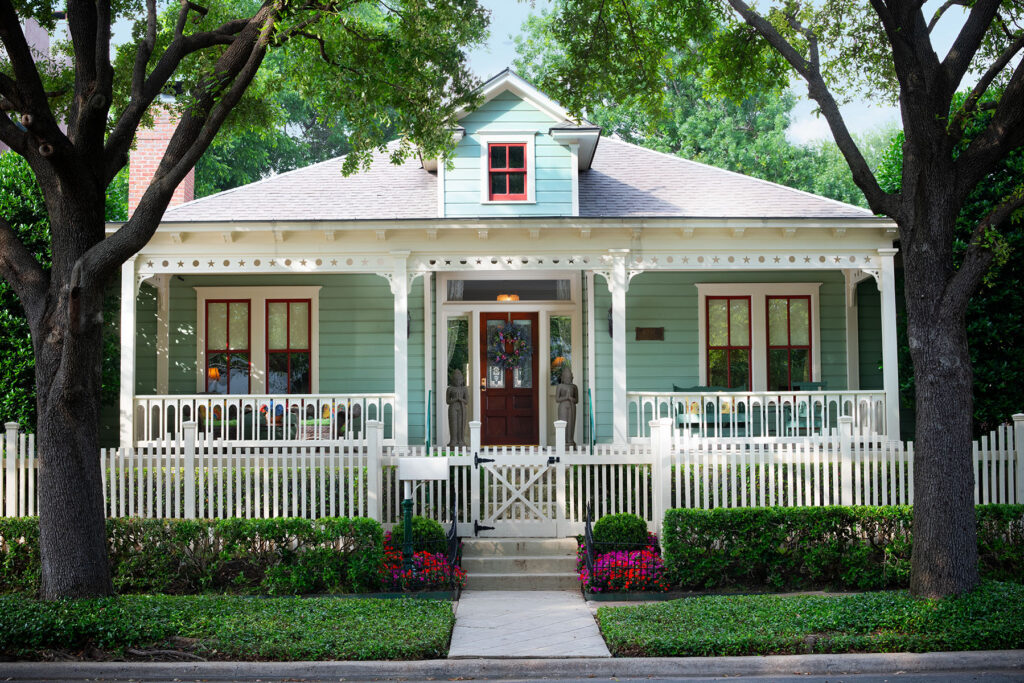 Part of the charm of this house is the surprise of stumbling upon it among a tide of tri-story townhouses. Though it appears to be a relic of a bygone era, the Christmas-colored Folk Victorian was built in 1996 in an effort to mimic a turn-of-the-century Texas home. Every detail—including the alternating star-and-circle gingerbread trim, cute front porch, and picket fence—is not just aww-inducing but also period appropriate. But for all the home’s old-style charm, one of the things the owner likes best is its location in what’s now a modern, urban neighborhood—the evolution of which he has been able to witness firsthand. Despite having been completed nearly 25 years ago, the home is as special to its owner today as it was the day he moved in. “I get so much pleasure from the beauty of the house,” he says. “I can’t look at it enough.” 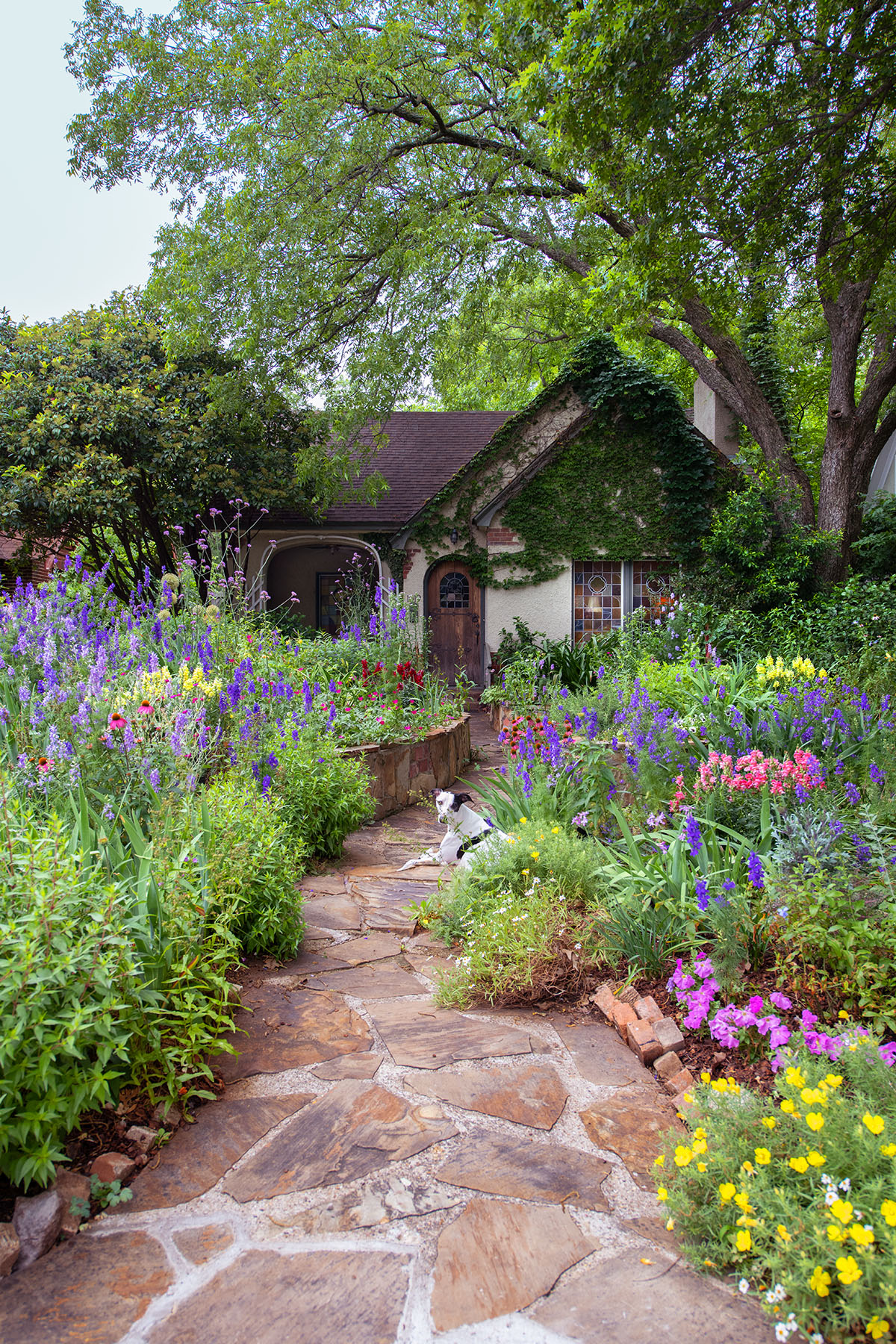 The owner of this house likely wasn’t surprised to get our letter. Over the 27 years he has lived here, he has regularly received compliments about his cozy Tudor and the English-inspired garden that fronts it. “A bus driver stopped her bus one day, rolled down her window, and yelled, ‘You are a gardening rock star!’ ” he says. Indeed, he spends hours in his garden each week, even removing a piece of his roof to accommodate the pecan tree. But he has given his time and tenderness just as freely to restoring the home to its early 20th-century glory. (Though county records list it as a 1928 build, a neighbor’s renovation project unearthed January 1925-dated newspapers showcasing the home, leaving the owner to suspect a 1924 completion.) He handmade stained-glass windows to replace manufactured ones and commissioned his father, who lives out of state, to craft a door over several visits and several years. Further enhancing the romance: passersby can often hear the owner, a professional pianist, playing his 1924 Steinway grand piano.

The sculptural pieces will light up your life in an artful way.
By D Home
Home Accessories