She discusses her late-blooming entrepreneurial career, ridiculously early-bird schedule, and learning as you go.
By  Holland Murphy | February 3, 2020|11:45 am

As a kid, Donna Letier became the first girl on the boys’ hockey team during a stint in Alaska (her dad’s oil job moved the family all over the world, from Singapore to Scotland). Letier’s competitive energy hasn’t waned over the years. She once became so obsessed with her hydrangeas that they earned a photo shoot for Southern Living. “I want to win,” she says. “I mean, it’s a problem at church. On big service days, I get there two hours early because I want the best pew.” So it’s no surprise that at an age when some are starting to think about retirement, Letier launched an online business with the help of her longtime algor-ithm-building business partner, Julie Eggers.

That company is Gardenuity, which delivers complete grow-it-yourself kits after matching budding gardeners with the best plants for their region and season, followed by emailed care reminders, recipes, and weather updates. “We’re modernizing something that needed to have a refresh,” Letier says. “Whether you’re a marathon runner or a kid in the wheelchair, you can garden this way. And our goal is to see a garden on every patio, balcony, or backyard across the country, because gardening is that good.”

Besides being the CEO of a startup, Letier is also a wife and a mom to recent college grad Madison and 23-year-old Jillian, who was born with a congenital disorder and wasn’t expected to live past the age of 5. (“She really is the picture of perseverance,” Letier says.) We stopped by her light-filled Design District office to learn about the habits of this highly effective businesswoman. 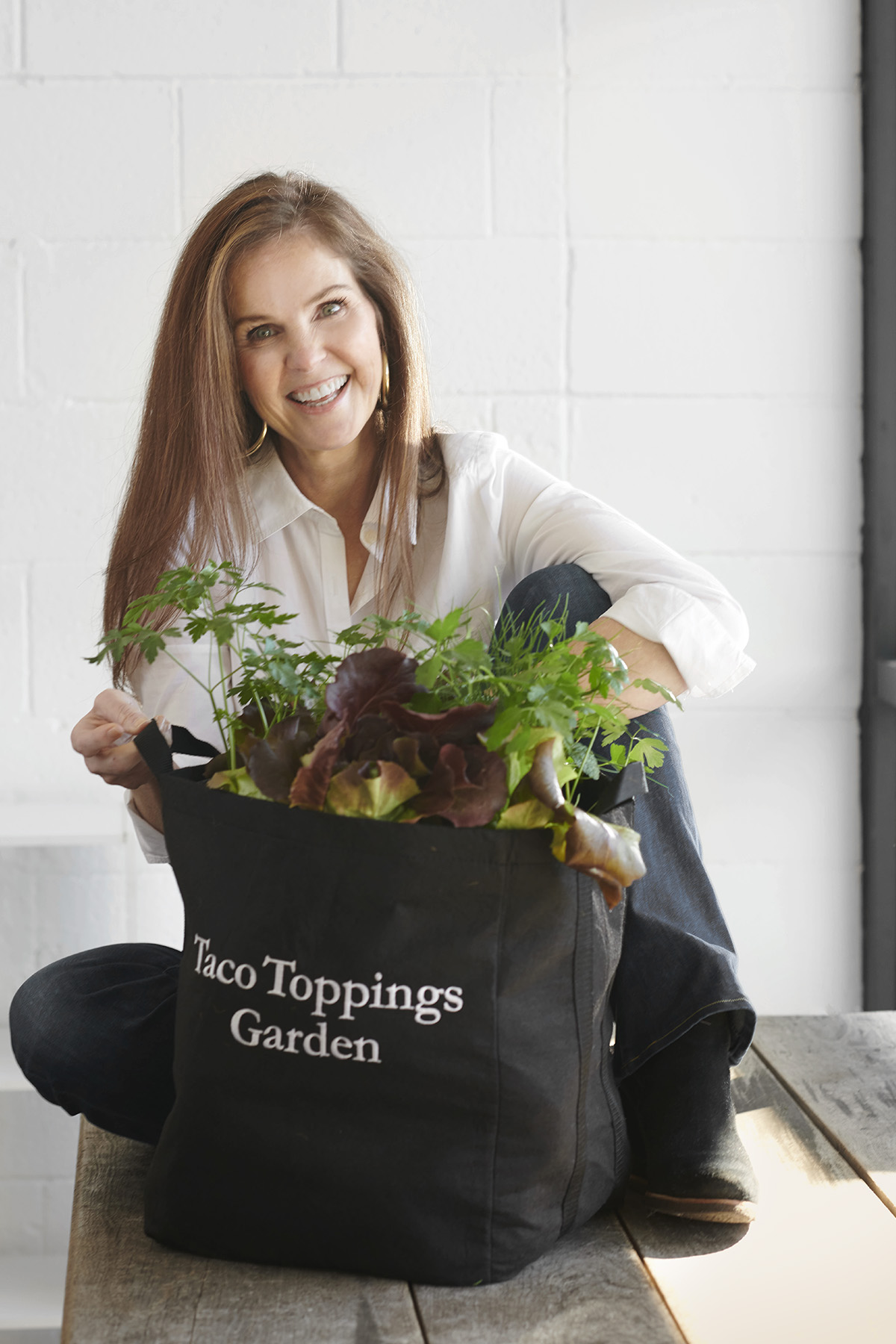 Being young and unaware of office politics: “I went to SMU and ended up having an opportunity to work for Neiman Marcus. My office was in a converted dressing room. I got a spellcheck typewriter and thought, I’m a big dog. And I had just read Stanley Marcus’ book, Minding the Store. So two days in, I called him and said, ‘I’m brand new. I just started and I’d love to meet you. Can I take you to lunch?’ He graciously said yes. I would never do that now. The lessons he shared with me in an hour lunch have really been pivotal in every single part of my career. He talked about creating an experience that the customer will resonate with, and if you could figure out how to be the customer and deliver an experience you would want, you will be rewarded well in retail. We had a lovely lunch, and luckily he paid, because I was thinking my credit card might not go through.”

Meeting a friend and co-founder at church: “My youngest has real severe special needs and it scares people, so you don’t have those moments where people are saying, ‘Oh, it’s so cute. Can I hold your baby?’ But before services one day, Julie came up—I had met her once—and she said, ‘Can I hold Jillian?’ I was so touched. When I went back, she goes, ‘No, let me just hold her during the service.’ It allowed me to worship with Madison, who’s only 17 months older. We’ve been close ever since. I mean really, it was one of those moments I call destined serendipity, because it was perfect. We’ve worked together for about 15 years. At one point, a company offered me a really interesting job, and I said, ‘I don’t go anywhere without Julie Eggers because she makes me 10 times smarter.’ They said OK. I mean, to be able to say you work with somebody who you have great respect for, who also happens to be a best friend, how fortunate is that?”

“Our goal is to see a garden on every patio, balcony, or backyard across the country, because gardening is that good.”

Starting a business in her 50s: “If you look at the picture of entrepreneurs, I’m probably 25 years senior to most of them. When I was raising money, I had a gentleman say, ‘Wow, aren’t you just tired? Don’t you want to stay home?’ And instead of a quick response, I just let the silence go. I think the longer the silence went, the more uncomfortable he got and more confident I got. And finally I said, ‘No, I feel like my life lessons are going to really play into bringing success to Gardenuity.’ So while I have a lot of peers and friends who are enjoying the retired life, some are seeking advice on how to get back into a daily routine of working, because they have a lot to contribute. And one of the biggest questions that comes up is, ‘What do I do now that my résumé is going to have 10 years of nothing on it?’ And my response is, ‘Yeah, your years of nothing is you’ve led the PTA, you’ve been in charge of this charity, you’ve done this and that. That’s every bit as hard in some cases as sitting at a desk.’ You just have to look at it differently. I think running a group of 20 volunteers is a lot harder than running a team of paid employees.”

Being an early bird: “I wish I slept past 3:45, but it’s like an internal alarm clock that just goes off. I lay there long enough to try to not drive my husband crazy, but I’m usually out of bed at 4 or 4:15. I quickly check email, then I go for a run or get on the stationary bike just to feel like I can get my heart pumping. I like to be in the office between 6 and 6:30, because those few hours in the morning when nobody else is here, you kind of get a handle and your to-do list doesn’t seem so overwhelming. Mornings are my favorite time of day, because everything seems possible. At night, you think about what you didn’t get done. I was the crazy person who loved 8 o’clock classes in college.”

Learning as you go along: “We’ve had no less than 100 focus groups. We’ve heard questions like ‘Do I keep the plant in the plastic pot when I plant it in the garden?’ No. People don’t know, right, if they never touched earth. We had one person last Christmas say that when he opened the plants, they were all dead. I mean, our farm partners are so careful and plants arrive in two days. Well, we found out he had wrapped them up and put them under the tree for two weeks. So when his wife opened it, yeah, they’re all dead. So now on the outside of the box, we have a sticker that says ‘Live Plants, Open Immediately.’ That’s a result of that happening. So he made us better.”

Gardenuity and The Tot Team Up for One Precious Product

"My First Garden" is here to steal your heart.
By  Meghan Lally
Style

He brought us the Mavericks and will be missed.
By  Tim Rogers
D Magazine Directories