There has been a bronze sculpture of the guitarist Stevie Ray Vaughan on the edge of the Colorado River, near downtown Austin, since 1993. It is larger than life-size, as befitting his legend, and depicts him in serape and bolero hat, as though he were riding with Clint Eastwood in The Outlaw Josey Wales and not playing with David Bowie on “Let’s Dance.” Austin has long claimed Vaughan, and he did have a pair of reputation-making performances on Austin City Limits. But he was born and raised in Oak Cliff, and he was living in Dallas when he was killed in a helicopter crash, in 1990. So it is strange that, until now, three decades later, there has been no similar tribute in his hometown.

In fact, We Are Music & Music Is Us, a four-panel weathered steel piece by Spanish sculptor Casto Solano, honors both Stevie Ray and his older brother, Jimmie, who has played with the Fabulous Thunderbirds and as a solo artist. Appropriately, it is located in Kiest Park, a few blocks from where the Vaughans grew up. 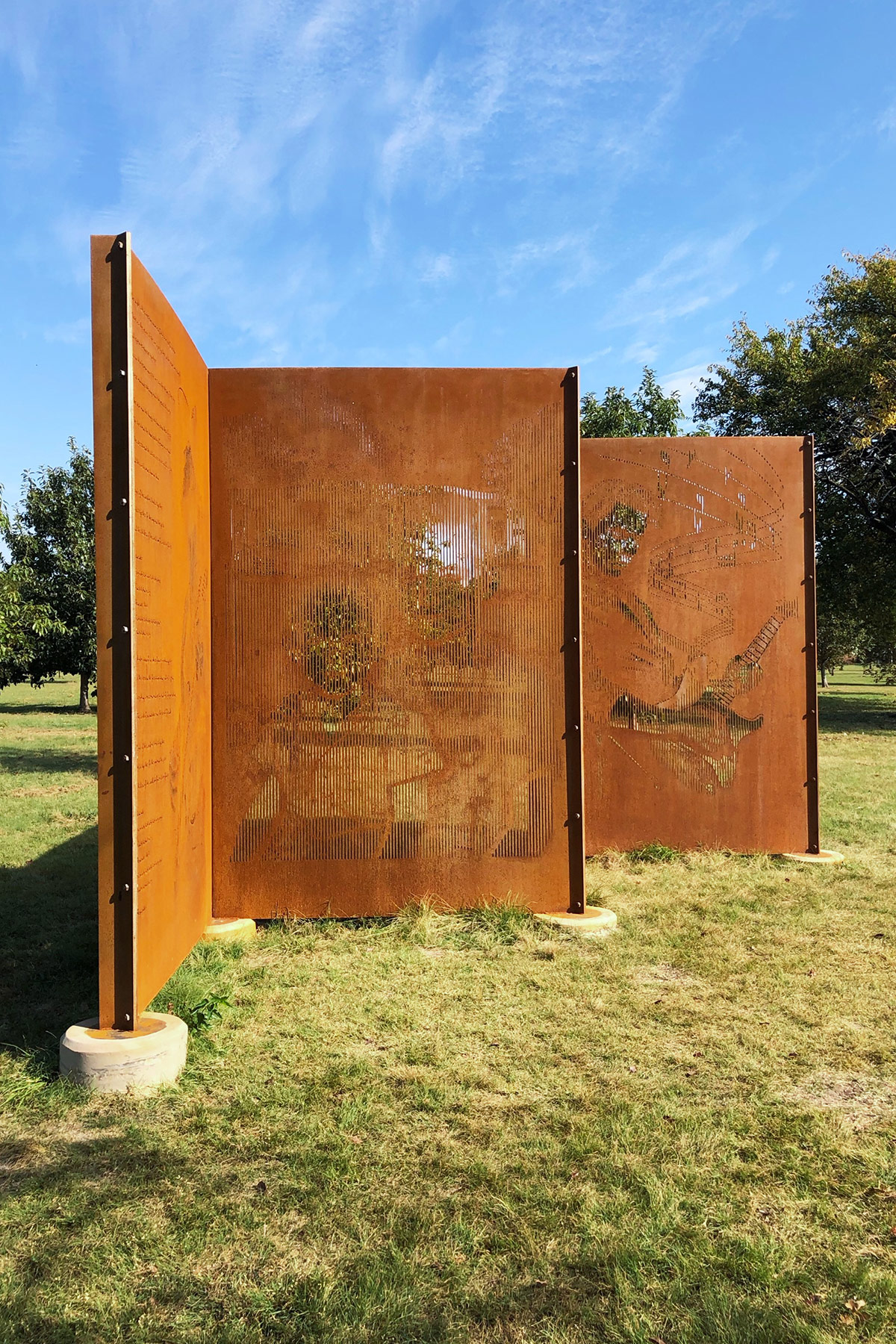 Commissioned by the city and aided by fundraising efforts from Kirby Warnock, former editor of the local music magazine Buddy, the sculpture is sort of a giant scrapbook, accordioned open in the grass near a jogging trail. (It was scheduled to be unveiled in March, but that was postponed until October.) The first panel features an image of Stevie Ray, cut into the metal in close-up, along with lyrics from “Tick Tock,” a song from Family Style, a collaborative album by the brothers released in September 1990, a month after Stevie Ray’s death.

From there, moving left to right: a rendering of both boys at home as children, then another rendering of the grown-up Vaughans playing together, and ending with a wider shot of Jimmie playing guitar.

Since you can see through it and view it from both sides and multiple angles, We Are Music & Music Is Us changes with the time of day and the weather and where you happen to be standing. In that way, it’s not unlike a song that hits differently depending on where you are, mentally and physically. Short of an eternal jukebox that plays their songs on a loop, it’s the best kind of tribute to two guitar-playing brothers. Finally.