In August, Dallas City Manager T.C. Broadnax will present a fiscal budget to the Council. The process is not going to be pretty. As protesters demand that the city move public safety funding toward community service programs, the city faces a deep revenue drop caused by the COVID-19 pandemic. How deep? City staff projects about a $25 million shortfall for 2020. But that’s only the beginning. Long-term impacts on property taxes and continued decreases in franchise fees—a decline unrelated to the pandemic—mean that a city already scarcely keeping up with basic street maintenance will be even more starved for cash.

Continued uncertainty about the scope of the pandemic makes it difficult to tell how long its impact will last. “When forecasting, the first thing you do is you say, ‘What was the behavior last time we encountered this type of situation?’” says Elizabeth Reich, Dallas’ chief financial officer. “In this case, because the downturn has occurred so immediately and has been so deep, there is no precedent that I can look to. That’s the real challenge.”

What is clear is that—even without considering calls for reimagining public safety—Dallas City Hall will have to make big changes in how it funds basic services. “When you have a budget crunch, you realize that you’ve got to potentially look at furloughs or risks of service reductions,” Reich says. “It isn’t just massive changes in how we do business.” 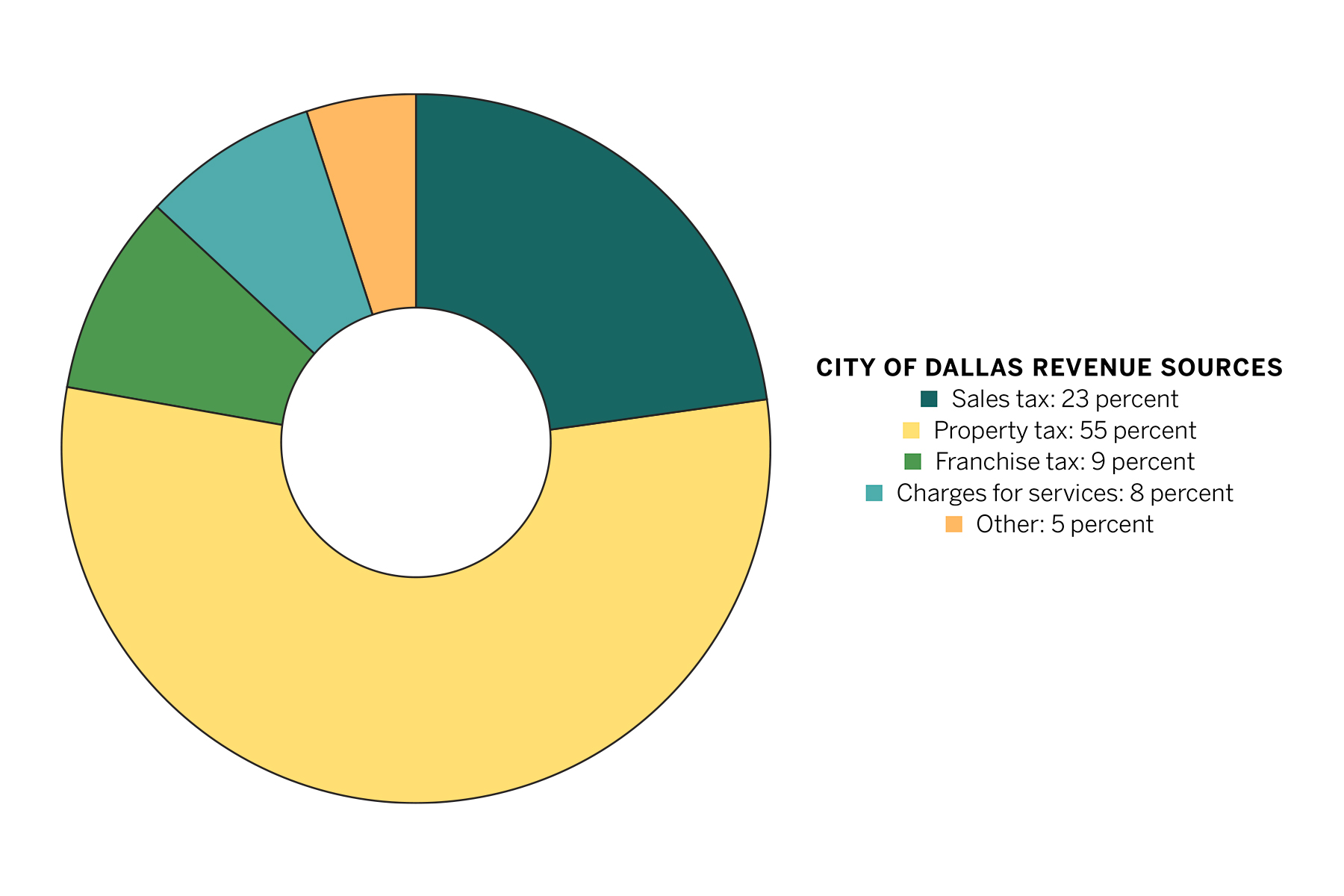 Property and sales taxes make up nearly 80 percent of the city’s budget, but the crisis has also impacted other sources of income. “The one we haven’t talked about as much are the fees and charges when we’ve shut down all of our recreation centers,” Reich says. “We’re not getting reservation fees for different activities that might occur in those recreation centers. It is not as much as sales tax, but it’s several million dollars.” 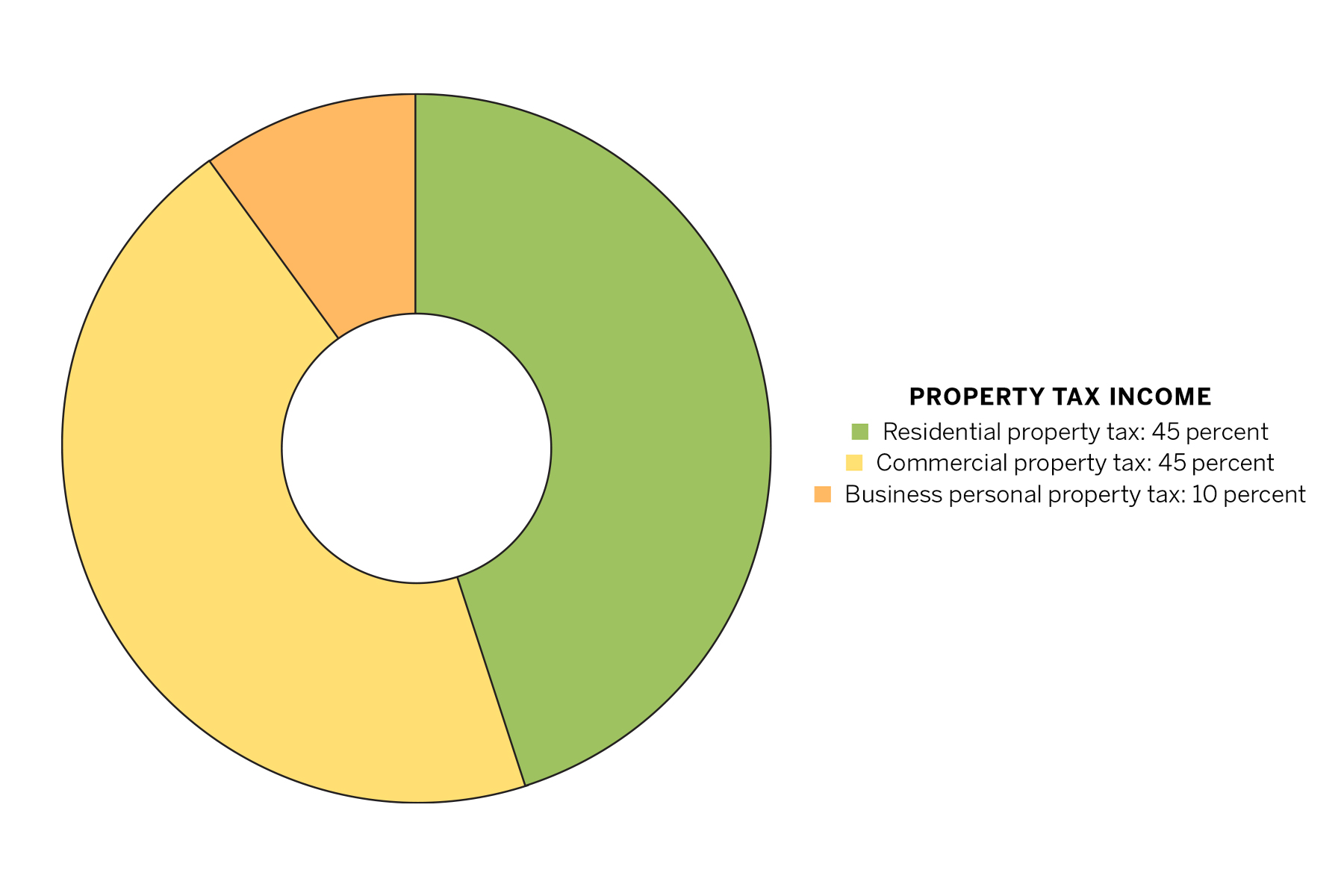 City staff projects a $25.2 million decrease in sales tax revenue, which would bring it below 2017 levels. To put that drop in perspective, $25 million is more than what the Council budgeted last cycle for addressing its “human and social needs” priority, which included funding for treating homelessness, providing civil and legal services to immigrants, funding the city’s new Office of Equity and Human Rights, and funding its Fresh Start reentry program to transition formerly incarcerated individuals into the community. 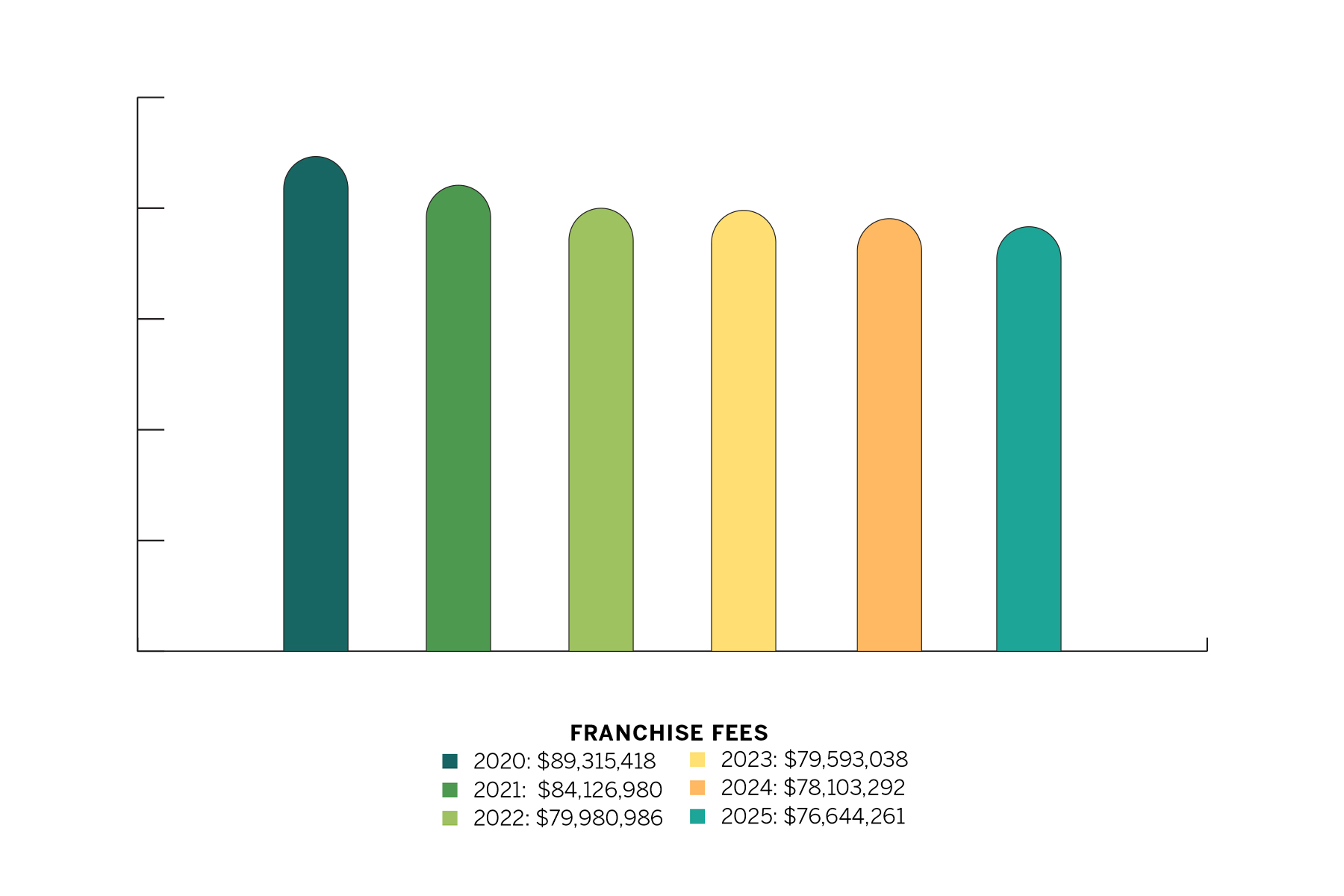 In addition to COVID-19-related revenue shortfalls, the continuing transition to wireless technologies means the city expects to collect fewer franchise fees from cable and telecom providers in the coming years, accounting for an additional drop of about $13 million in annual revenues.

Several of the city’s Enterprise Funds, which collect fees for providing specific services, were also hit hard by the pandemic. The hotel and occupancy tax revenue—helping fund the convention center, VisitDallas, and a portion of the Office of Arts and Culture—dropped by 50 percent. Empty commercial properties saw a sharp decrease in water consumption. And construction activity began a rapid decline in March, though city staff expects it to make a slow rebound throughout the second half of the year.