Editor’s note: Like all restaurants and bars right now, Lochland’s is closed for in-room dining, but you can still order their famous shepard’s pie served family style ($60) or even reserve an Easter sunday supper for takeout.

Even on a late weekday afternoon, the long stretch of bar at Lochland’s Food & Spirits is cozily crowded with patrons sitting elbow to elbow underneath the disparate glow of modern light fixtures and flat-screen TVs. They chat. They drink. They lounge atop dark wood stools that should look familiar to anyone who has ever stepped into the bygone Capitol Pub, which owners Peter Kenny and his wife, Cheryl, closed last New Year’s Eve, after 12 years on a corner of Henderson Avenue. In February, the couple turned around and brought East Dallas a Capitol facsimile: Lochland’s.

Situated at the intersection of the Lochwood and Lake Highlands neighborhoods—hence the portmanteau that does a good impression of a Gaelic name—Lochland’s represents that quintessential neighborhood amenity: a casual drinking destination, a community center (but with beer!), a sanctuary of unpretentious but satisfying food and drink. And in a city where a buzzy new restaurant materializes seemingly every day, the local pub provides a holdout for the proletarian diner. 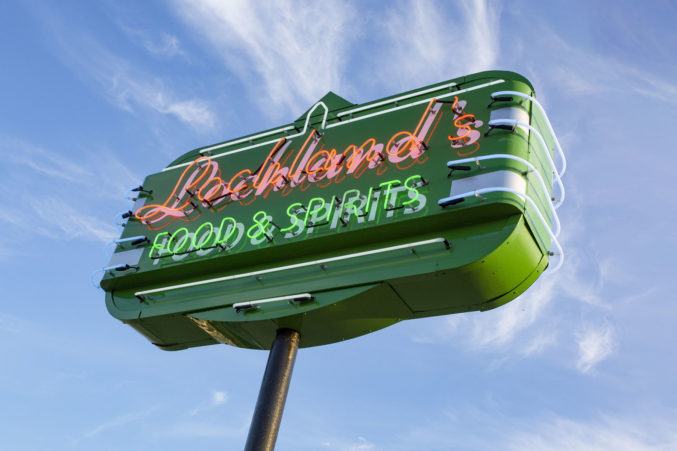 “Dallas has indeed changed,” says Cheryl, and she’d know. She and Peter—an Irishman himself—also run The Dubliner on Lower Greenville, open since 1994. But as areas like Uptown and Knox-Henderson became saturated with “big super bars,” Peter says, the duo wanted to serve a rather pub-less place. Enter Lochland’s, where folks flock to the crowd-pleasing brunch that, yes, resembles Capitol’s. The menu is smaller overall, with a few Capitol greatest hits: fish and chips, shepherd’s pie. Like Capitol, there’s a dog-friendly patio here, too—this was formerly a vet clinic, after all.

But the prevailing common denominator is the people. “Texans are very warm and welcoming, and that’s a similar thing with Irish people,” Peter says. It’s perhaps why he and Cheryl see new faces mingle with regulars. Or why the best drinks are ones dispensed into a pint glass and downed among friends and strangers alike.

Peter on another shared trait: “I’ve never seen so many kegs of Guinness go out.”