Nine years ago, Trammell S. Crow founded EarthX as a small outdoor festival complementing Earth Day, which turns 50 this month. It was intended to raise awareness for environmental issues and to teach people how to live eco-friendly. Now, Crow’s festival is the largest environmental exposition in the world, where activists, students, scientists, politicians, and businesspeople exhibit products and exchange ideas.

The big news, this year, is that EarthX—planned as a three-day biophilic bash at Fair Park—will be held virtually. All gatherings are banned in Dallas County to slow the spread of the coronavirus, and EarthX was expected to attract more than 200,000 attendees. The EarthX website will broadcast film screenings and live conferences, complete with audio-visual and Q-and-A sessions, via four online channels.

“We’ll be mixing, so, you might have a legal symposium for the first two hours of the day, and then [the channel] will switch over to films,” says Michael Cain, the president and founder of EarthxFilm. “Essentially, it’s a showcase of the selects. Some of the best content that we were going to be showing before, but digitally—online.”

EarthX officially begins on April 22, the 50th anniversary of Earth Day, with the screening of a “history-of-Earth-Day” film by Tia Nelson, the daughter of the late Earth Day founder and former U.S. Sen. Gaylord Nelson. Nelson will then give a speech, as will National Geographic explorer Enric Sala, who uses exploration and research to push for ocean preservation. There will also be private and public conferences that start as early as 10 a.m. and run until 6 p.m.

EarthxFilm, which opens April 17, will run “like old-fashioned TV,” Cain says, “where at 7 o’clock you sat down and you turned on the TV and started to watch a show—and if you missed it, that was it.”

About 35 feature and short films are scheduled for the exposition, as well as a showcase of award-winners from the Planet911 youth film competition. And EarthXR—the virtual, mixed, and augmented reality component of EarthxFilm—will run on a Samsung VR channel and include interactive components, demonstrative components, and conversational components, where filmmakers and subjects will discuss the filmmaking process.

Certain anticipated events, such as the 50th Anniversary of Earth Day celebration and the world-premiere of multidisciplinary performance piece The Way of the Rain—Hope for Earth, by Sibylle Szaggars and Robert Redford, have been rescheduled for “Half Earth Day,” in October. Other events, however, like the EarthxEnergy conference, featuring Governors Jay Inslee of Washington and Ron DeSantis of Florida, and the EarthxCities conference, featuring mayors from around the world, will carry on. All programming is free with registration; there will be options for donations.

“So, we take this moment, which is kind of a reset, and use this reset to all of our advantages,” he concludes. “We have to keep defending what was important to us before this happened.”

4 Things Not to Miss 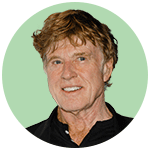 The mayors of Austin, Los Angeles, Mexico City, and Paris, along with our very own Mayor Eric Johnson, will discuss climate change and the construction of resilient buildings and housing, especially as they affect “megacities” like Dallas-Fort Worth. Naturally, the discussion will also touch upon pandemic response. The conference is streaming live April 23 and 24.

Directed by David Byars, executive produced by Yvon Chouinard, and narrated by Robert Redford, this 96-minute documentary explores the mixture of benevolent intentions and controversial chicanery behind our public lands. The film incorporates various stories, pieced together by journalist Hal Herring, as politicians, ranchers, businesspeople and outdoorspeople compete in the high-stakes game of procuring and/or preserving land.

The 75-minute documentary tells the story of Mossville, Louisiana, a small town destroyed by a large chemical plant. Subsequent to the plant’s construction, some residents were diagnosed with cancer. In short, the film highlights the ironic disparity between the ideal of “all men are created equal” and the reality of seemingly “disposable people.”

Shop for Earth Day at Anthro