Editor’s note: in his new autobiography, published by local outfit BenBella Books, Lamar Odom chronicles his messy life — the murder of his cousin and death of his 6-month-old son, the reality show with his wife, the cocaine — and, in 2011, unexpectedly getting traded to the Mavericks. This is an excerpt.

When I arrived in Dallas, my first conversation with Mavericks owner Mark Cuban was fairly routine.

“Lamar, we’re really excited to have you,” said Cuban. “You’re coming off a great year and will be a big part of what we do. I can’t wait to see you and Dirk [Nowitzki] on the court together.”

It was really just jerk-you-off bullshit. I was as professional and cordial as I could possibly be, but I was already planning my escape. I simply did not want to be in Dallas. My mind was in such a funk, I knew I was never going to recover. I had to go about the normal routine of arriving in a new city despite the fact I was in a haze. Meet my new teammates. Greet season ticket holders. Learn the playbook. Find a place to live. Do interviews. On top of that, I had my obligation to Khloé & Lamar.

But I was honest and told Cuban I was in a bad place mentally.

“I’m not doing well right now,” I said. “God has just dealt me so much that it’s hard to take. I’m not dealing with it.”

“We’ll take care of you and support you as best we can,” replied Cuban. “This is a family down here.”

The lockout-shortened 2011–2012 season was a lost cause for me on the court. I played poorly from the first tipoff to the final horn. I could never put together two consecutive good games. Hell, I had a hard time putting together a good quarter. I didn’t hustle. I barely boxed out. I’d just hope the days and weeks would fly by.

That wasn’t even the worst part. Cuban quickly grew to resent me; it seemed his goal was to make my time in Dallas as miserable as possible. He rode me constantly, talked down to me, and questioned my manhood in front of others. During home games he’d grab his usual courtside perch and proceed to hurl obscenities at me.

“The owner of the team was heckling me. He was cursing me out in front of fans and players. It said ‘Dallas’ on my chest. I play for you, asshole!”

“You’re so fucking slow and out of shape,” Cuban screamed at me during a dead ball situation early in my ill-fated tenure with the Mavs. “Waste of fucking money.”

“What the fuck are you doing?”

“This is just awful.”

The owner of the team was heckling me. He was cursing me out in front of fans and players. It said “Dallas” on my chest. I play for you, asshole! Would Jerry Buss, owner of the Lakers, ever do something like this? Would any decent human? And the players on my new team, guys I barely knew, were watching all of this play out. I had no idea what they thought of me. But how could they possibly respect me if I didn’t stand up for myself?

I searched for answers anywhere I could. Was he hating on me because the Lakers used to kick their ass? Was it the reality show? Was I actually that bad?

I wanted to lash out. I had fantasies of just walking up to him and sucker-punching him. I needed to take my aggression out, but I kept it as cordial as possible whenever we were on the team plane or in the locker room. I’d give him a half smile and my least threatening voice. I had to placate him. Convince him I wasn’t a physical threat. Because I wasn’t going to win if I went down that path. But apparently, he didn’t have any problem being physical with me.

During one homestand, I was having possibly the worst game of the season. Head coach Rick Carlisle subbed me out, and I looked for a seat near the coaches, but none were available. So I went down to the only open seat at the end of the bench. Right next to Cuban. 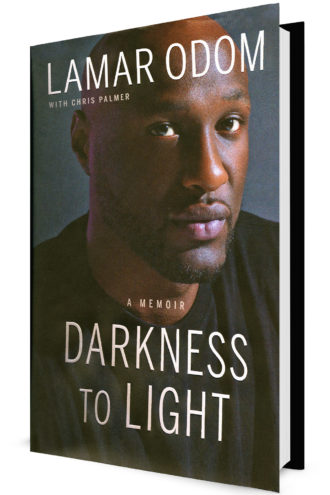 Cuban extended his right foot and kicked my shin. “Come on, motherfucker!” he shouted.

I was stunned. This wasn’t a tap. I felt it. That was the last straw. It was painfully clear he did not respect me as a man. I felt the adrenaline rush through my body. In an instant I was transported back to Linden Boulevard, where the slightest act of disrespect could be fatal. As I sprang up, Vince Carter, who was sitting next to me, grabbed my arm tightly and leaned in.

What if Vince, who I had the closest connection to on that team, hadn’t been sitting there? What if he had been paying attention to the game and hadn’t seen the incident? I can say beyond a shadow of a doubt that Vince Carter saved me from catching a charge and ending my career in disgrace.

As I slogged through the season, absorbing one slight and disrespectful act after another, Cuban would deal me one final indignity just because he could. On March 2, I was assigned to the Texas Legends, which was the Mavericks’ D-League affiliate. A roster spot on the Legends was generally meant for NBA hopefuls on the fringe of the league whom the Mavs deemed worthy of development. It was an alternative to playing in Europe. It was a place where players made an average of $14,000 for the entire season.

The move was solely meant to humiliate me. Hell, no, I wasn’t going to do it. That would have meant I went from Sixth Man to the D-League in less than nine months. I would rather retire. A day later, I was recalled without playing a game for the Legends.

Things came to a head on April 7 in Memphis. We were in the locker room at halftime. I had played four scoreless minutes in the first half. Cuban had been hounding me all game, and he stormed into the locker room, got up in my face, and angrily screamed at me in front of the team, asking me if I was “in or out.”

I didn’t take kindly to it. Once again, he didn’t treat me like a man. That’s not how you handle something in front of the entire team. Man, it was heated. I had fantasies about decking him, but that wasn’t the way out. I never played another game for the Mavs.

Everybody goes through ups and downs. Every player does. We tried to put him in a position to succeed. You guys saw it, saw what we did. It didn’t work. And I just asked him, does he want to go for it or not? Is he in or is he out? I think he thought we were playing poker. I just didn’t get a commitment. And that was the end. My job is to look at every player, employee, whatever and just treat them individually and put them in a position to succeed. I’ve failed miserably on this one. It’s not the first time and won’t be the last time. Move on to the next. Did I get my money’s worth? No. I don’t know that the word’s “cheated.” But did I get my money’s worth? No.

On June 29, the Mavericks dealt me to the Clippers as part of a four-team trade. At the very least, the worst chapter of my basketball life was over. But my downward spiral would only pick up steam. I was about to spin out of control.

Want to Be a Mavs Dancer? Sign Up For These Classes