Your awareness of Barcelona-based Natura Bissé might come from its celebrity fan base (which includes Beyoncé, Kim Kardashian, and Gwyneth Paltrow). Or you may have been lucky enough to try the rare Pure Air Bubble facial that occasionally pops up at NorthPark Center. But even the most devoted skin care practitioners might not know that the 40-year-old brand has also called Dallas home for 24 years.

The family-owned company set out to find its North American headquarters in the late 1980s, but America’s approach to beauty was more about nails and makeup than skin care at the time. After finding success distributing through luxury department stores, CEO Verónica Fisas, daughter of founder Ricardo Fisas, and her husband, Joaquín, set out once again to establish a North American headquarters, choosing Las Colinas in 1995 for both its commercial opportunities and its schools (their three young daughters were a major consideration).

Another Dallas draw: Neiman Marcus. “They love niche brands with growth potential,” Fisas says. “They became our mentors, as they were the ones to help us launch into such a competitive market. We started with one Neiman Marcus store in Texas and then expanded nationwide.”

Where to Experience the Luxury Brand in Dallas 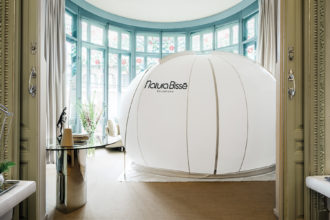 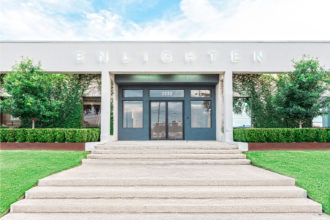 Local Facials
The Pure Air Bubble may come and go, but there are a couple of spots to book a Natura Bissé facial year-round. The Ritz-Carlton Spa offers Diamond Energy and Vitamin C facials with the brand’s products, while Enlighten Med Spa on Forest Lane is home to the Diamond White Facial, which targets pigmentation.