A personal finance website in July released a clickbait study claiming that more millennials are moving to Dallas than to any other major U.S. city. The Dallas Regional Chamber proclaimed the news as “yet another sign that the Dallas region offers the perfect mix of affordability, job opportunities, and premier quality-of-life amenities.” The Dallas Morning News similarly trumpeted the findings. The “study,” though, looked only at the net gain of residents between 2016 and 2017. That seemed dubious. So we crunched Census data ourselves. You’ll recall our story from July.

If you don’t want to read all of that, we’ll sum up: in 2017, Dallas attracted a significant number of people from California, Illinois, and the tri-state area (New York, New Jersey, Connecticut), but it also lost people to Colorado, North Carolina, and Minnesota. To understand our population growth, look to the 15,000-plus people who moved here from Central America and Asia.

The Census data also showed that Dallas’ population growth is offset by thousands of residents moving to the suburbs or the Austin and Houston areas. As for those millennials? Well, a look at the number of young people moving to Dallas over the last five years shows that net gains fluctuate year over year. A surge in 2017 isn’t enough to proclaim Dallas millennials’ favorite city.

The takeaway? Dallas is attracting new residents, but it is also losing a ton of them to the suburbs. Beware the clickbait. For the September issue, we commissioned a few graphics showing what this looks like. We’ll share them with you here. 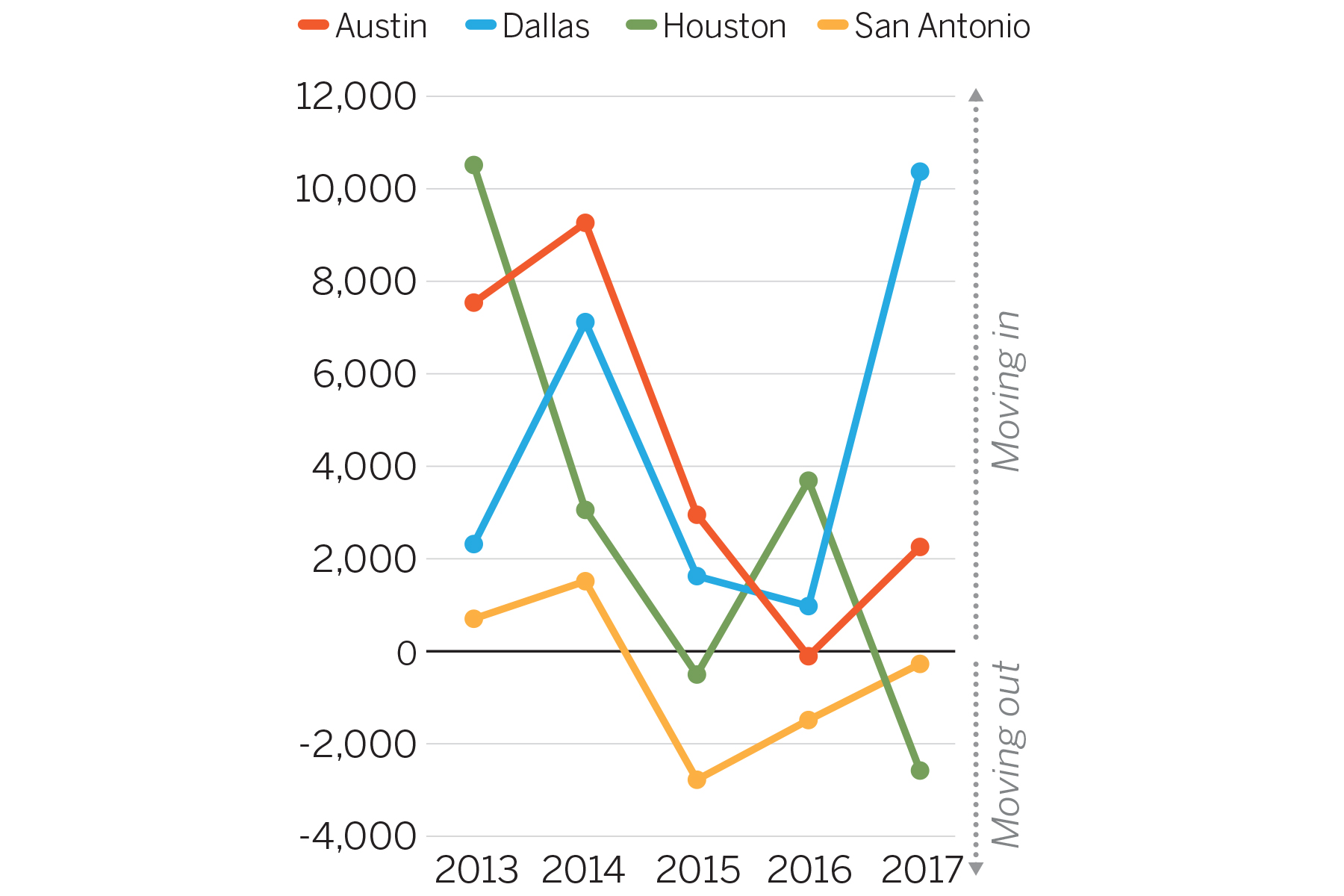 Give and Take
The region’s robust economy is attracting plenty of relocations from the coasts, but the city’s real population growth is being driven by international migration. That population increase, however, is offset by people who are fleeing to the suburbs and other Texas cities. Both maps reflect data showing migration from 2016 to 2017. (The maps are by Troy Oxford) 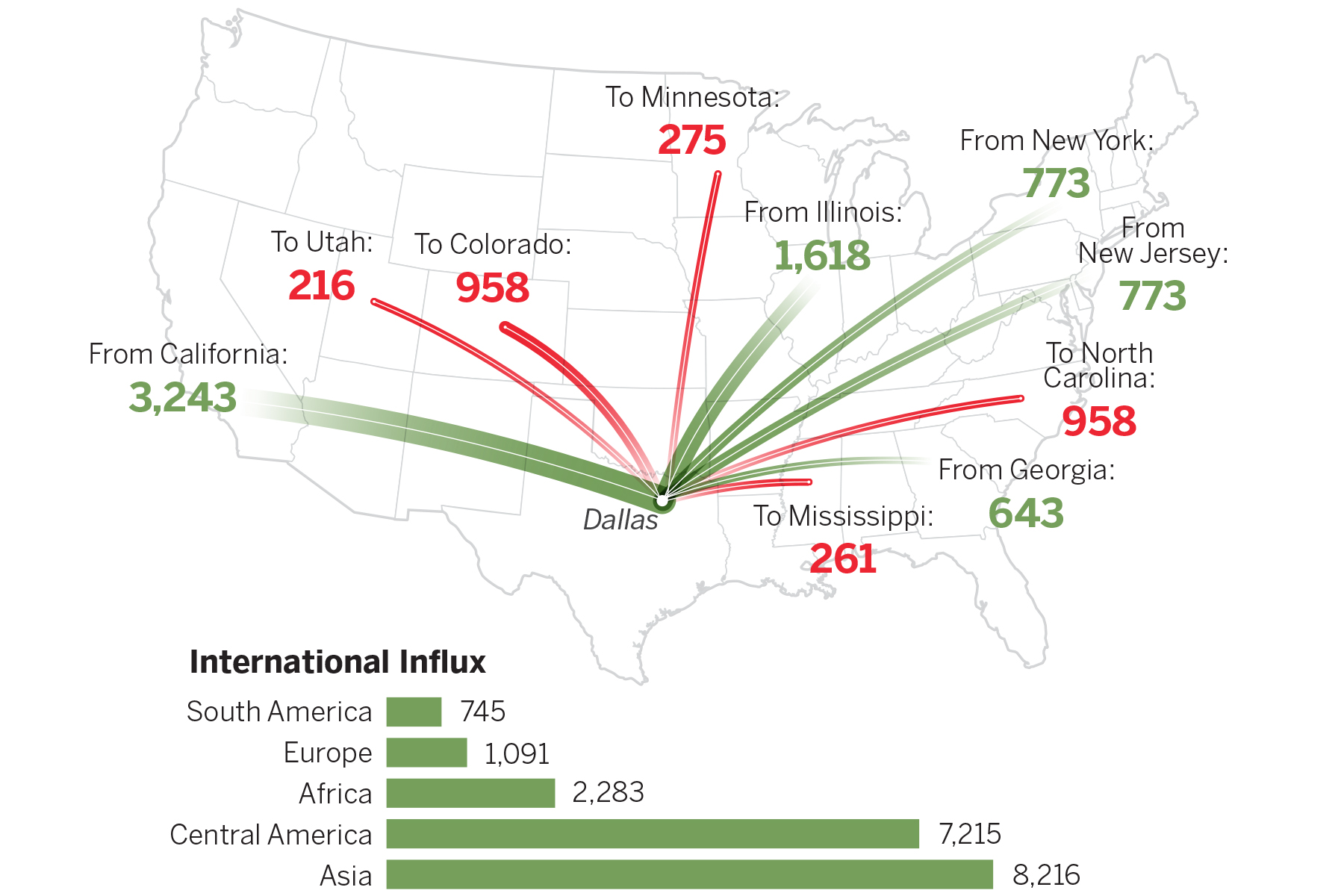 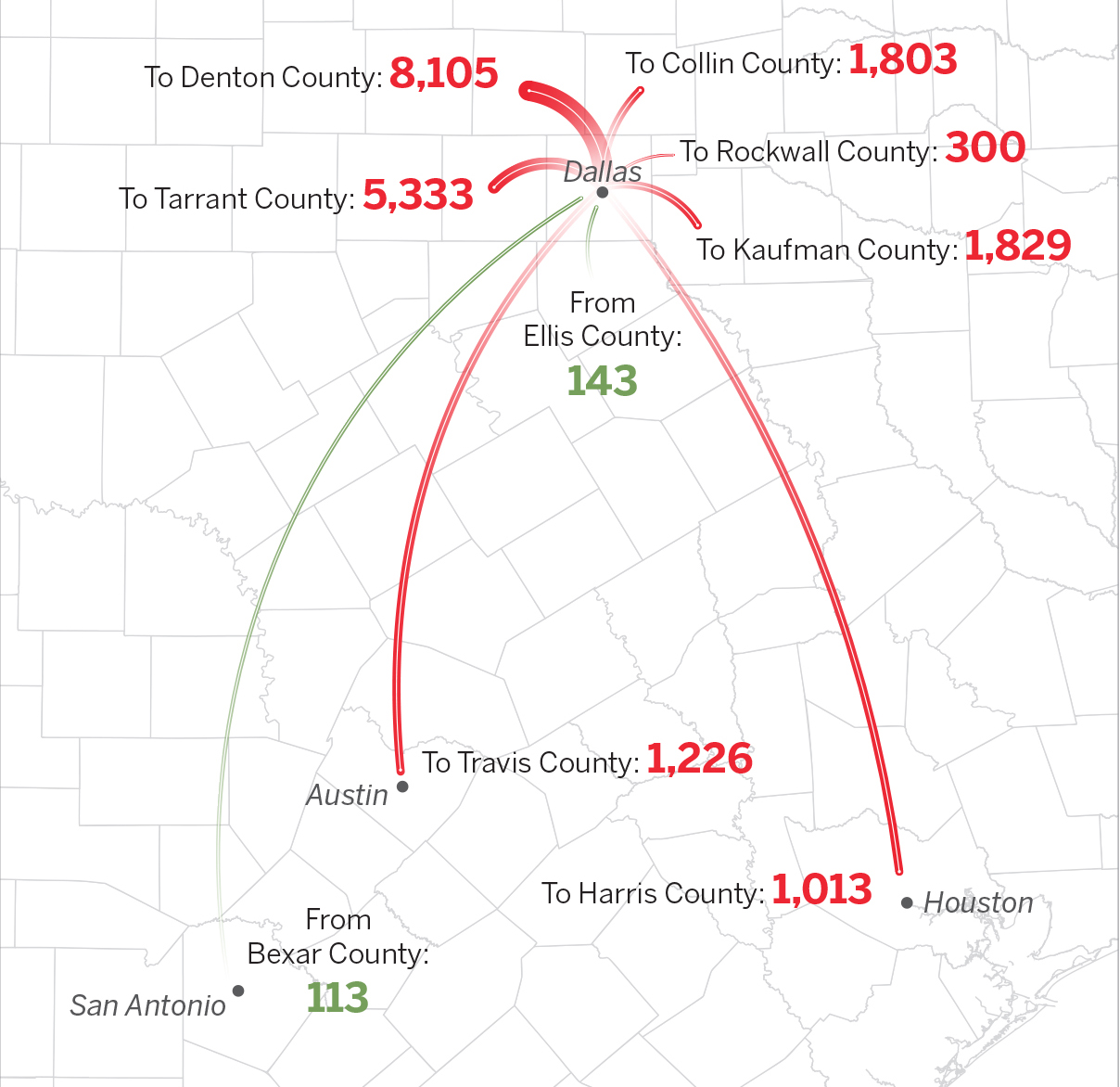