For a long time, the Dallas choral scene was staid, made up mostly of church groups, suburban chorales, and established veterans like the Dallas Symphony Chorus (1977), Turtle Creek Chorale (1980), and Orpheus Chamber Singers (1992). It tended toward classical and sacred music, or pop and holiday standards. What it lacked was exquisite, rigorous vocal delivery with an edge, led by a visionary with a restless, generative spirit.

Then, in 2015, Sam Brukhman arrived, a fearless 22-year-old fresh out of college with a bachelor’s degree in music. He founded Verdigris, a 16-member choral ensemble, in 2017, and began commissioning new work by living composers. At the DSO’s annual Soluna festival, Verdigris paired up with the fiercely avant-garde Bang on a Can All-Stars to sing Julia Wolfe’s 2015 Pulitzer Prize-winning “Anthracite Fields,” a multimedia piece about coal mining in Pennsylvania at the turn of the 20th century, in which images of miners flicker across a screen and keening bicycle spokes share the stage. 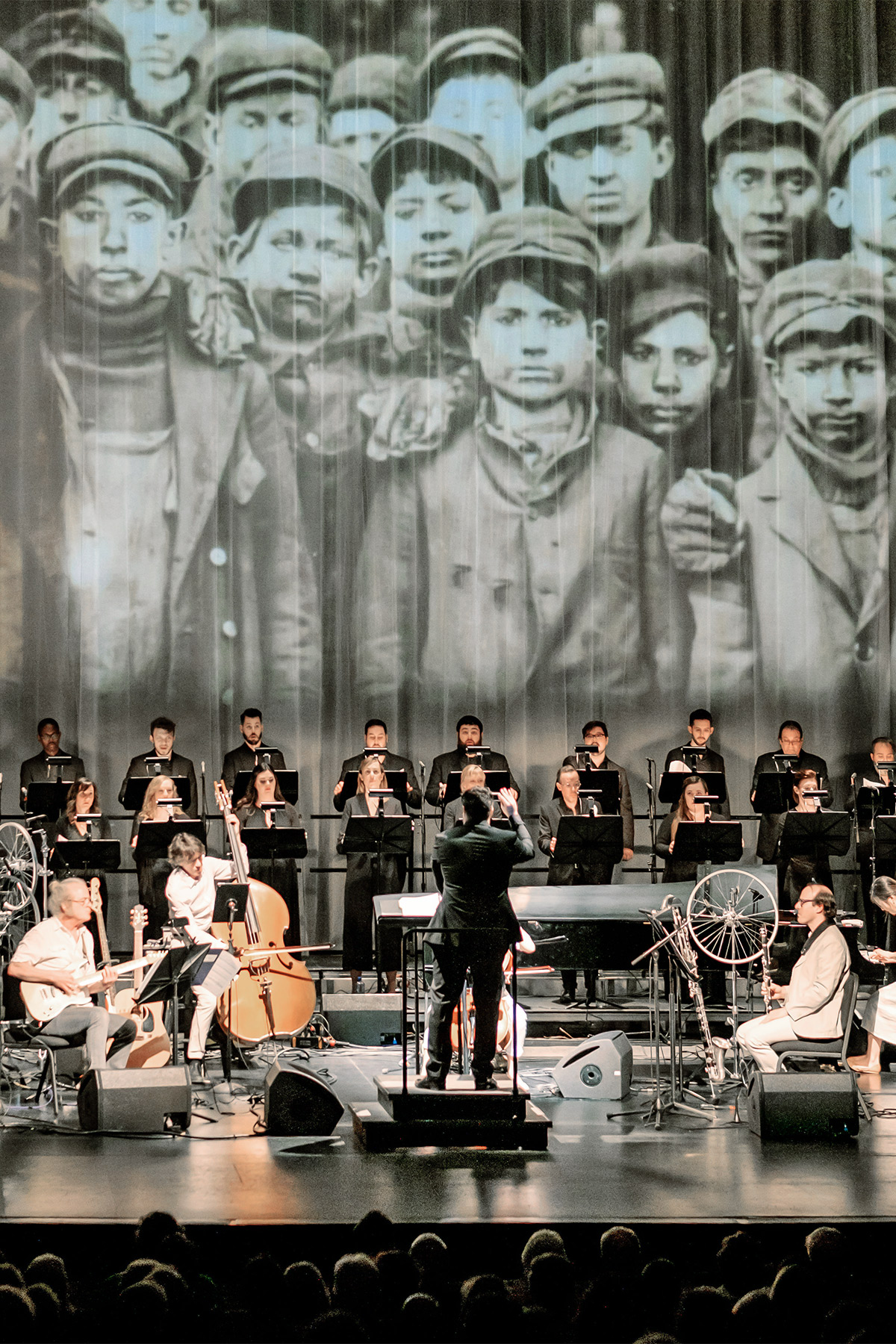 Brukhman’s commitment to contemporary works and collaborations meant the 2018–19 season included concerts that set David Lang’s haunting “The Little Match Girl Passion” against dancing by the Avant Chamber Ballet. In the program titled “Mass Transmission,” a commission tied Amelia Earhart’s disappearance to radio transmissions in a piece that delved into electronic music—both live and pre-recorded—with DJ, organ, and choir. More than 90 challenging voice parts helped create what Brukhman describes as “a wash of sound.”

“We know that Dallas is still getting used to music that is different and is not classical,” Brukhman says. “So we need to set it up. We have to bring more audiences in by being interdisciplinary.”

“Faces of Dallas,” the spring concert, included portraits—a family of Afghan refugees, a leader in the LGBTQ community, and others—and work set to poems by students from Greiner Middle School, part of an outreach program.

The World Within Me Is Too Small

Dec. 6–8, 2019
’Twas the Night Before Christmas
Poetry and music bring the classic story to life, with world premieres by Dallas composers Kirsten Broberg and Blake Henson.

Feb. 27–Mar. 1, 2020
Dust Bowl
This commission sources material from eyewitness accounts and newspaper reports to construct a piece that focuses on the Panhandle.

Apr. 19–21, 2020
Soluna
A mystery performance for the festival will include multiple projections and collaborations with Voices of Change, Dark Circles Contemporary Dance, and UTD ATEC LightSquad.

“One of my mentors said, ‘It doesn’t matter what the story is. If it’s compelling, then it’s worth doing,’ ” Brukhman says.

He’s not afraid to ask that his choir perform in the Perot Museum of Nature and Science or the UTA Planetarium. But even in more traditional venues like the Texas Theatre and Moody Performance Hall, Brukhman pushes to the edge of discomfort.

In June, he resigned from his job as a choir teacher at Brown Middle School in Forney to lead Verdigris full time. He’s hoping to change views in what Don Krehbiel, artistic director of the long-standing Orpheus Chamber Singers, also considers “a golden age of contemporary choral composing,” as composers tackle topical issues in technically demanding and rigorous work.

Brukhman’s goal is that Verdigris be a wholly commissioning ensemble that taps into Dallas composers’ talent. His dream, he says, is to “get people to start listening to the music in a different way.”