Gable and Ed Shaikh, the owners of Hadleigh’s, finally saw their retail dream come true this year, landing a coveted corner spot in Highland Park Village that allowed them to connect their first-floor boutique to the appointment-only second-floor men’s atelier they opened a decade ago. “We waited years for that to happen,” Gable says.

In addition to settling into their dream Dallas home, Hadleigh’s also has a penthouse on New York’s Madison Avenue, where the staff is trained in Southern hospitality and 95 percent of the business is referrals. “People come in from all over the world, and they’re like, ‘You’re from Texas? You do this from Dallas?’ ” Ed says. 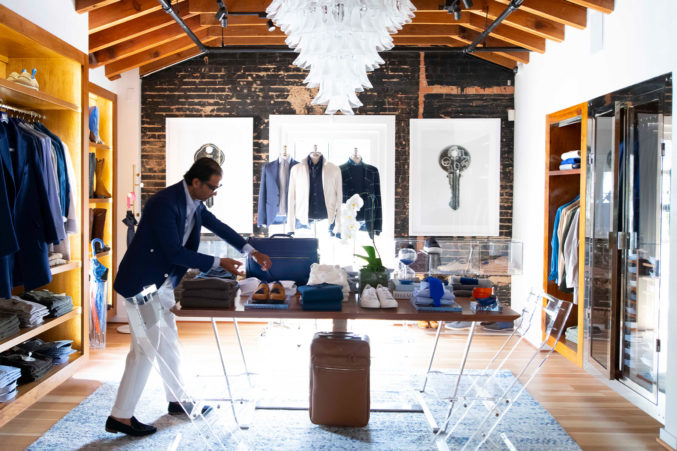 The appointment-only atelier has expanded from 350 square feet (in 2009) to 1,800 square feet.
Elizabeth Lavin

Hadleigh’s is still probably best known for its smoking slipper, but the brand also offers bespoke men’s and ready-to-wear women’s apparel, including rich-hued cashmere sweaters and doubled-breasted sport coats. “The concept was simple,” Ed says. “We believe in fit and design, handmade in Italy, because they are the best in the world.”

This fall, the Shaikhs are celebrating Hadleigh’s 10th anniversary by bringing back the original blue-and-white slipper, along with custom umbrellas and white leather sneakers featuring a blue-painted “Hadleigh’s 10.” And now, after selling all of their assets a decade ago to launch the fashion brand out of their Kessler Park home, the couple has their sights set on the next dream.

“Our goal is not to be a mom and pop shop. When we opened in New York City, it was to establish Hadleigh’s on a more global level,” Ed says. “It’s been a great journey so far. We’re really proud. And we’re still married.”

A Dallas State of Mind
Ed: “The average client that visits our Madison Avenue store has an established wardrobe, but no real awareness of what menswear is supposed to be. They walk in and it changes their life. It’s just like drugs.”
Gable: “A woman once walked in wearing all black and left in purple cashmere fur to go to Bloomberg.” 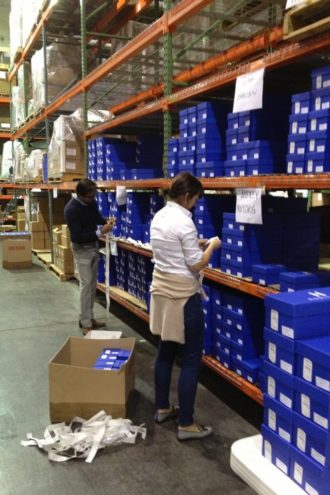 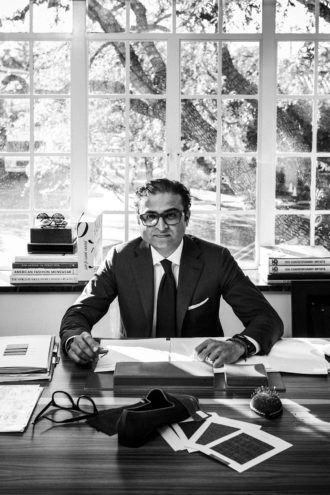 Creative Control
Gable: “The two of us design everything.”
Ed: “Every detail you see in our business, from the packaging to a horn button, is designed in-house. We do things that are a little bit too obsessive. ” 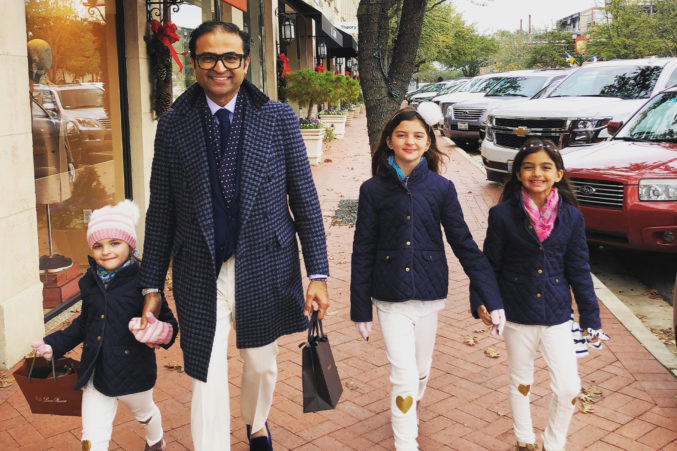 Family Affair
Ed: “We have three girls now—that’s crazy.”
Gable: “Our youngest, who’s 6, really loves to sell. We gave her a goal to sell one slipper. She ended up selling two and was over the moon. We’re teaching them young.”

Book it to Chapter Two for Pretty Publications