Enjoy unlimited access to all of our incredible journalism, in print and digital.
Subscribe Now
Advertisement
Brunch

The Best Soul Food in Dallas

The Best Soul Food in Dallas

Chicken and waffles may be part of the moniker, but it’s not all Lo-Lo’s offers. If you find your way to this Southlake spot, be prepared to sift through a menu full of tempting options. Case in point: Uncle Brotha’s Shrimp and Grits. What makes these special are the shrimp, which are marinated in buttermilk, lightly fried, and served with bacon, scallions, and cheese. Aunt Hattie’s salmon croquette platter is also worth the splurge. Wash down whatever you choose with a glass of sweet Kool-Aid.
Must order: Catfish Beignets 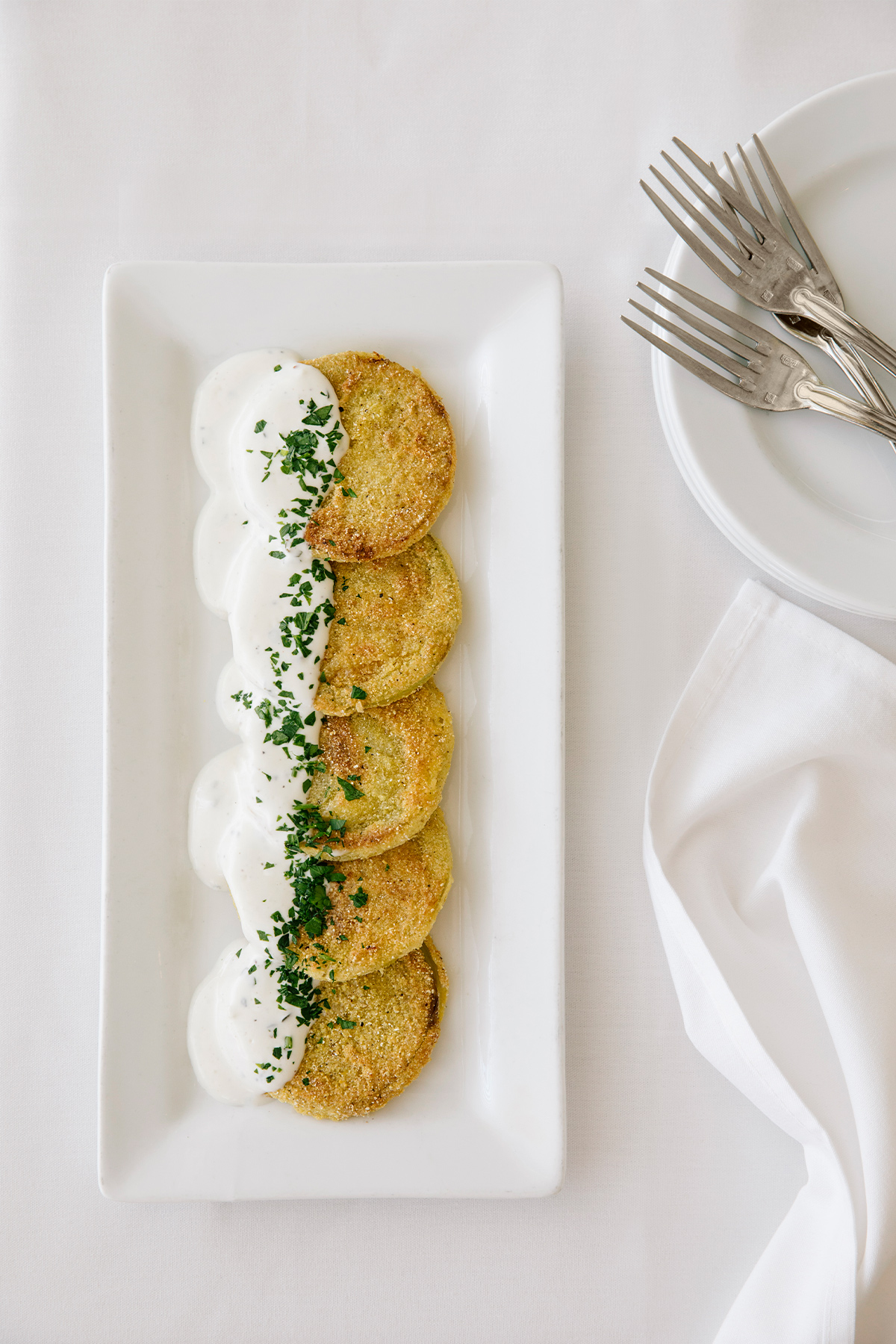 Hattie’s describes itself as an American Bistro, but everything it serves oozes southern comfort. Tony Alvarez’s artful dining haven in the Bishop Arts District has been around since 2002, luring in brunch lovers on Sundays and delivering a solid menu throughout the week. Mosey in on a Sunday morning to devour cornmeal griddlecakes or the blue crab cake Benedict, or stop in during the week for a dinner of Berkshire pork chops with apple cider jus and caramelized onions served with herb-roasted potatoes. Get the fried green tomatoes with buttermilk ranch dressing to share.
Must order: Fried Green Tomato & Smoked Pimento Cheese Sandwich

While Carrollton is known for its thriving Korean food scene, Ms. Mary’s southern kitchen gives the area the soul food staple it was longing for. Baked chicken, meat loaf, pork chops (fried, smothered, or grilled), and Mississippi farm-raised catfish keep customers coming back. So do sides like cucumber and tomato salad and okra. But the real draw here are owner Mary Davis’ desserts. Save room for bread pudding with rum sauce, homemade cakes and pies (whole or by the slice), fried pies, cobblers, or banana pudding.
Must order: Butter Butter Cake 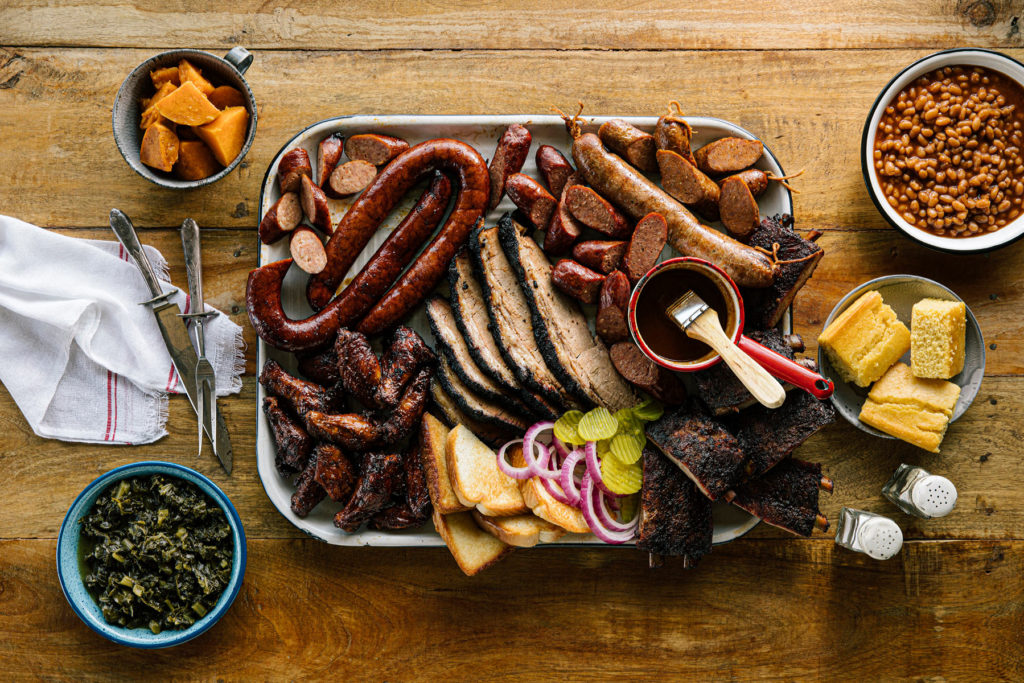 In January, Smokey John’s Bar-B-Que & Home Cooking reopened after smoke damage from a massive fire forced it to close more than a year earlier. Co-owners Brent and Juan Reaves (whose father founded the restaurant back in 1976 and passed away in August) have been busy ever since. As a barbecue spot that also offers a large variety of soul food, it has something for everyone. On the barbecue side, the chopped brisket sandwich, ribs, links, and smoked wings are top notch. But don’t overlook daily home-cooked specials like chicken tetrazzini (Wednesdays) and turkey and dressing (Fridays). And don’t leave without a butter bomb cake—you’ll regret it.
Must order: Food Coma Potato 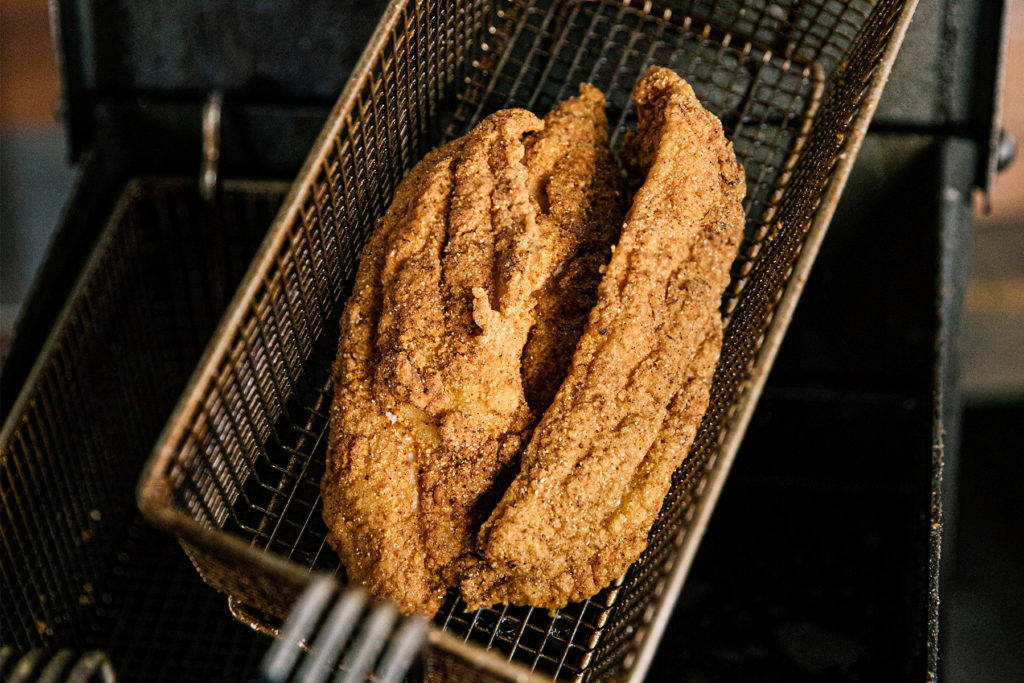 Wrap unexpected items like fried catfish, mac and cheese, and greens in a tortilla and you’re bound to get a cult following. Just ask Jessie Washington, creator of the Soul Food Burrito, which was featured on the Food Network’s list of Most-Over-the-Top Burritos in the Country. Washington is the owner of Brunchaholics, which is open on weekends outside The Shed at the Dallas Farmers Market. While the burrito brings out foodies from all over, Washington has quite the creative arsenal. Other items he’s dishing out include Cajun smothered shrimp and grits, a blackened salmon BLT, and buffalo mac and cheese.
Must order: Soul Food Burrito

Amiya Cleveland’s new Grand Prairie eatery is delivering flavor and nostalgia sans animal products. Selections like fried chicken and Salisbury steak feature seitan and pea protein as meat substitutes, while classic sides include yams, cabbage, and collard greens (without the ham hocks). The V-Luxe Wonton Nachos, loaded with cashew queso and veggie crumbles, are the perfect premeal snack to share with the table during your wait. In this case, food that’s good for the soul is also good for the planet.
Must order: Fried Oyster Mushroom Po’ Boy

With two locations and more on the way, owners Janie and Jake Burkett have cashed in by satisfying a craving Dallas eaters didn’t know they had. They have savory options like the Fancy Chicken Biscuit (Southern fried chicken, dill pickles, house-made sauce) and sweet ones like the Biscuit French Toast (a biscuit dipped in sweet vanilla custard, pan fried, and topped with whipped cream), so you really can’t go wrong. Even if biscuits aren’t your thing, they’ve got you covered. Try the Southern-style tots topped with house-made sausage gravy, cheddar cheese, and green onions.
Must order: The Hoss 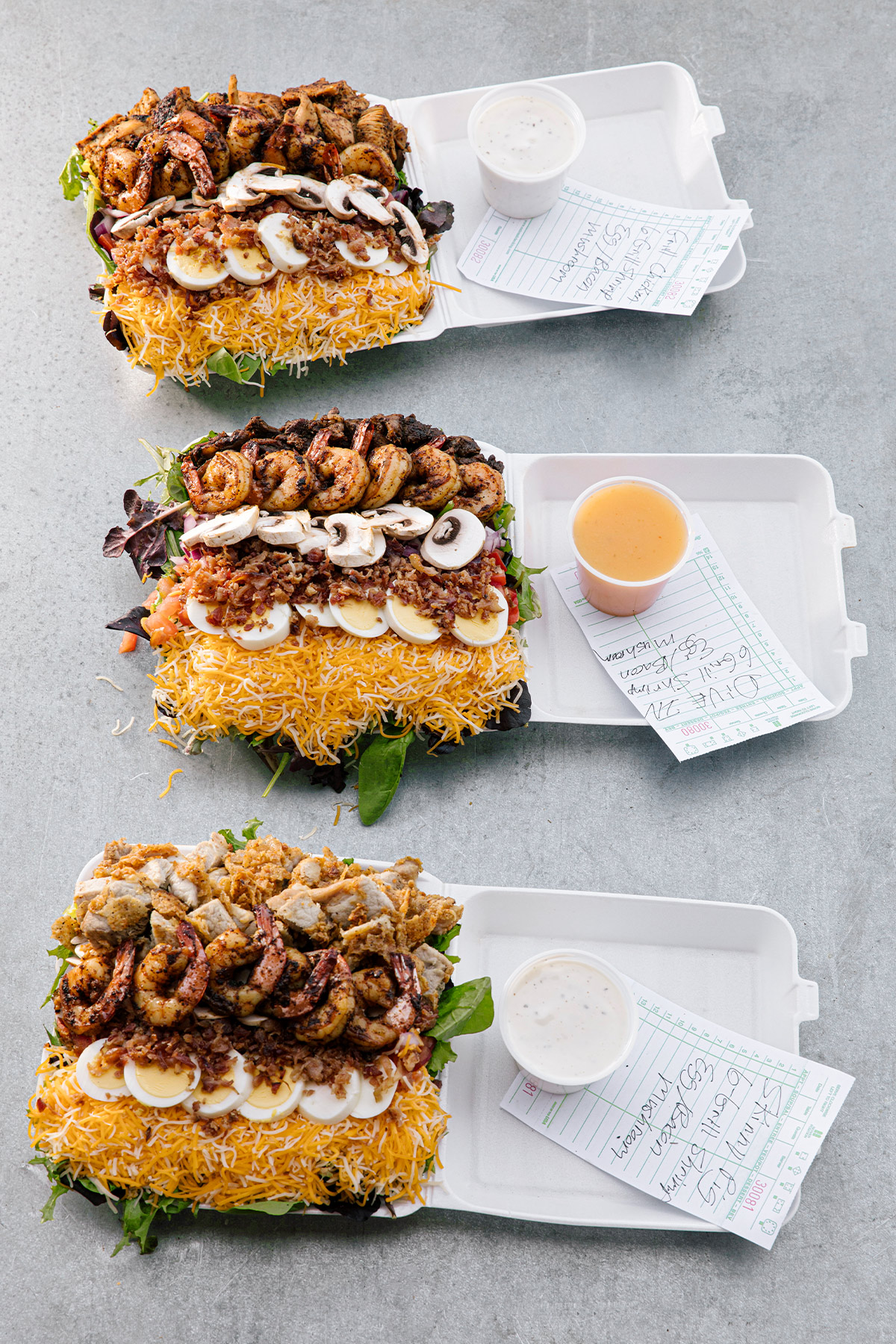 Soul food isn’t hard to come by in South Dallas, but what owner Paulette Johnson is serving up sets Trucker’s Cafe apart from the rest. Items range from boiled neck bones and baked oxtails to the Big Mama (a fried or grilled chicken breast topped with lettuce, onion, pickle, tomato, cheese, and mayo) and massive Jack Knife (a 5-pound burger—one patty, y’all—with all the fixins, for $59.99). Sides like fried cabbage and desserts (try the strawberry cake) complete your visit. Trucker’s caters not only to hungry customers but to the community as well. Every Monday, the restaurant closes to the
public in order to feed the homeless, aiding hundreds in need.
Must order: Have Mercy Salad (yes, there’s lettuce in there)