After a contentious divorce in the early aughts, the printmaker was forced to close the paper store that she’d owned in one incarnation or another since 1983. To save money, she decided to move into her former art studio, which was in a commercial building on Peak Street that she’d bought years earlier. But the building wasn’t fit for habitation. So she called Robert Dorrell, a handyman friend-of-a-friend, to help.

Dorrell was heading out of town to visit family, but he offered to stop by and get the wiring up to code before he left. When he returned, he helped her update the plumbing and install a bathroom. All the while, Thoman kept trying to set him up with a friend, telling her, “He’s a really nice guy. I like him.”

“Coming here actually offered me more of an opportunity to share the studio with others, I collected all of my presses that were on loan to people.”

As for Dorrell, he had eyes only for the artist with the Emmylou Harris-worthy mane. He eventually convinced Thoman to give him a chance—and to reopen the business, insisting that Dallas needed its paper store.

“You don’t know what you’re talking about,” she told him. “I’m broke. I’m broken. I have nothing to give.” But in her heart, she knew he was right.

An Air Force brat, conceived in Dallas and born in Japan, Thoman moved back to Dallas after college to work at Peregrine Press and teach at Booker T. Washington. She says the reason the paper store came about in the first place was because there were very few options around.

“There was no paper. Not only in Dallas, not only in Fort Worth—there was no paper in Texas at all,” she says. “I would drive to Denton to go to the art supply stores across the street from the university, and I could only find two sheets of paper. I thought, This is ridiculous. Every city I’ve been in, there’s been someplace tucked away where you could feel paper.”

She started with $300, a spare room, and 20 customers. Things ballooned from there.

“At one point, I had a 5,000-square-foot paper showroom,” she says. “That’s before Enron, before 9/11. That’s before our economic decline. Dallas was a creative hub. Every photographer before the digital camera used paper backdrops for product shots. I guess the big creative bubble popped and companies pulled in the reins on advertising. So that changed a lot of the creative environment, and the shop.” 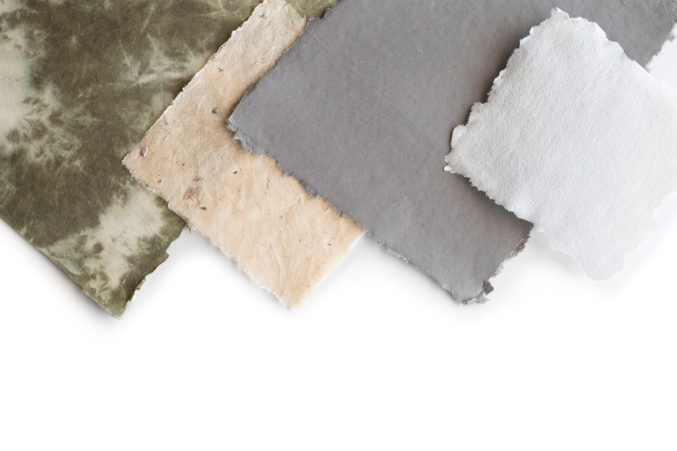 With Dorrell’s encouragement, Thoman decided to reopen Paper Arts in her studio space. But she knew the store could not support itself the way she had been running it. “So I thought, Well, let’s keep me happy,” Thoman says. “If I put my printmaking studio in here, then I can be working whether somebody comes in or not.”

She gathered all of the printing presses that she had loaned to others—including her first, a baby Conrad etching press, and also one with a 4-by-6-foot bed for large projects—and installed them in the center of the shop. She invited artists to book press time and started offering more classes. She taught Dorrell origami, and he in turn started teaching customers. Now she hosts printmaking shows and artist events, like when she rented a steamroller so participants could create oversize works. And, of course, she still sells paper.

“Paper is never going to die,” Thoman says. “It was a thing that changed the planet, you know. It changed communication; it changed religion; it changed war. It should be the eighth wonder of the world, because even though we now have a variety of fibers and have introduced chemicals and things, the actual process of making paper hasn’t changed since the day it began.” 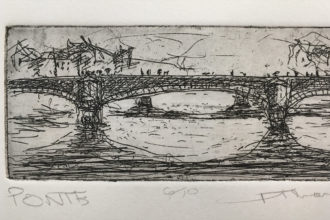 Oct. 29–Dec. 10
Intro to Intaglio
Intaglio is the art of etching or cutting into a surface to create a print (a dollar bill is a good example). This class, offered at Paper Arts through the Creative Arts Center of Dallas, will explore etching, collagraph, and drypoint techniques. 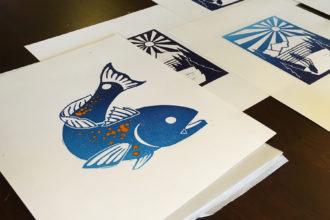 Nov. 14
Small Prints for Card Making
The opposite of intaglio is relief printing, when prints are made from raised images (like a rubber stamp). In this class, you’ll learn to make handmade cards, just in time for the holidays. 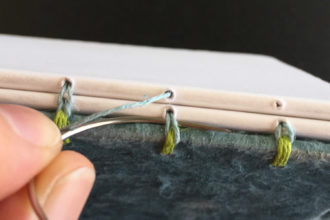 Dec. 4
Bookmaking
Learn the arts of Ethiopian and Coptic bookbinding and create handmade books for sketching or journaling.