Enjoy unlimited access to all of our incredible journalism, in print and digital.
Subscribe Now
Advertisement
Health Food

A couple of years ago, Elaine Pearlman squeezed in her yearly mammogram before leaving town for a family gathering in California. She vividly remembers the sunny Friday in Santa Monica when her doctor called to tell her she had cancer. “I felt like I was swimming through mud,” she says. The following Monday she was meeting with a breast cancer surgeon.

“I was such a healthy person,” says the 58-year-old former attorney. “I was the last person you’d think would get it.” Even more shocking was the news that she tested positive for the BRCA2 gene mutation. “I didn’t have a family history.”

Not only were the five surgeries in nine months an intense exercise in fortitude, but so was the drug protocol. One of which—a decade-long prescription—caused her excruciating joint pain. At the suggestion of her oncology nurse, she gave up gluten for good. “It was like a miracle,” she says. “In five weeks my pain went away.”

There isn’t a cookie-cutter breast cancer, Pearlman says, so it is important to get routinely tested.

She also wanted to eliminate anything in her diet that might feed her cancer, including—and especially—sugar. “A lot of people still don’t know that sugar feeds cancer cells,” she says.

But what began as a means to clean snacking became a bona fide business when her friend Tiffany Lustig—a former marketing director for a Fortune 500 company who was working on her executive MBA at SMU at the time—flashed on the idea that she could use Pearlman’s granola as the basis for the business plan required for her entrepreneurship class. As part of her initial research, Lustig and her team conducted a blind taste test of all of the top-selling granola brands alongside Pearlman’s, which won hands down. Park Lane Pantry was officially launched in April, and Pearlman’s dining table, an antique French 14-seater anchoring the formal room, became the unlikely assembly line for bagging and labeling.

While she still home-bakes batches for private events, Pearlman has since outgrown her kitchen. Park Lane Pantry now uses a commercial operation to churn out large orders, of which there are plenty. In addition to selling her granola at Saint Michael’s Farmers Market, Pearlman has secured shelf space in Royal Blue Grocery, the Coop at the Cooper Fitness Center, and Enlighten Living.

A portion of the company’s sales is donated to the Dwight Powell Children and Family Support Fund, which provides resources and services to help patients and their children cope with cancer. “We have a deep connection,” Pearlman says of the Mavericks power forward. “He lost his mother to breast cancer and wanted to do something to honor her.”

Pearlman, who is looking forward to a five-year remission classification, also wants to pay her good health forward. “Creating something we can share with others is just incredibly gratifying to me,” she says. “I feel like I put love and light into every batch of my granola.” 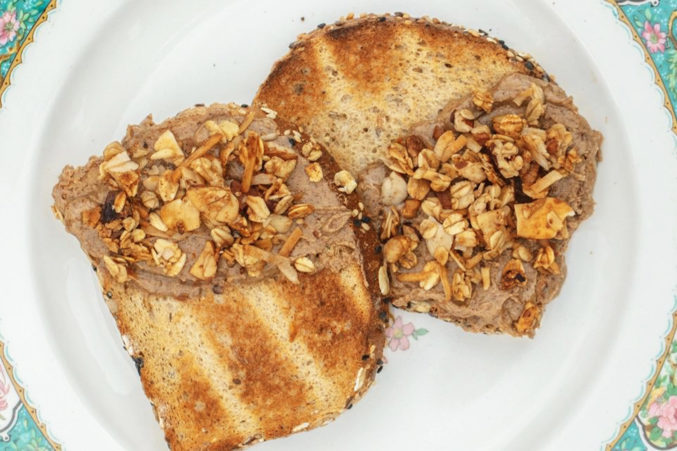 Get the insider's guide to the best in Dallas style, beauty, and wellness delivered right to your inbox each month.
Park Lane Pantry