Set back from the street in the Design District block between Grit Fitness and Bowlounge, Stack’s Sandwich Co. is bright and airy. Skylights above the ordering counter illuminate an indelicate poster of Johnny Cash. On a recent afternoon visit, two guys in industrial work uniforms were hunched over mounds of meat and bread. A family was squished into a booth, while other people waited in line at the register. The unassuming restaurant is the first solo effort from Robert Stack, who formerly worked at Smoke and The Statler. 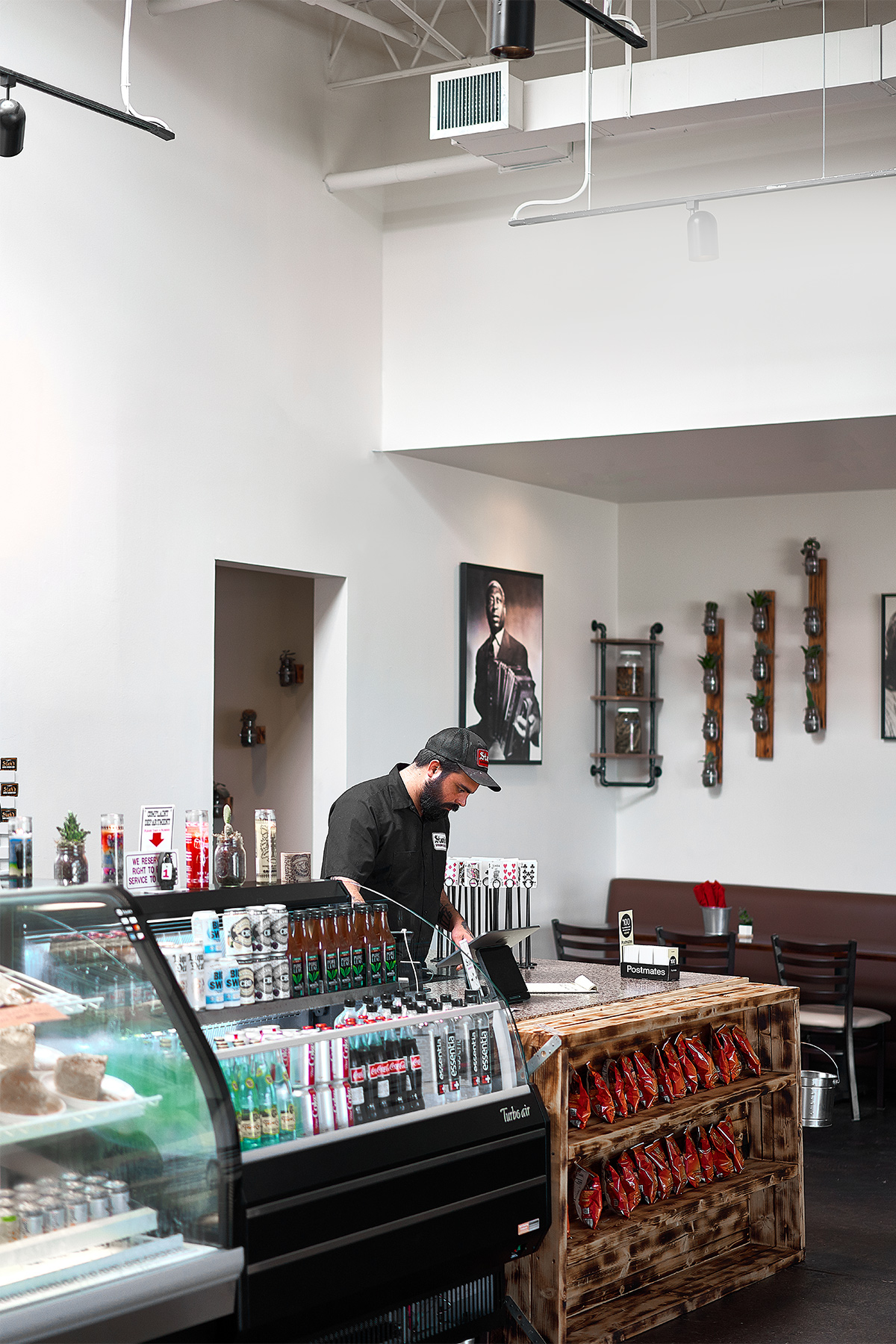 His sandwiches are ambitious, starting with bread that is made in-house. A lightly toasted pain de mie (the French version of a soft, white sandwich loaf) holds a decadent egg salad with horseradish aioli and house-made mustard. Along with the hard-boiled wedges, a soft-boiled egg adds richness. Shaved shallots, fresh dill, and smoked paprika contribute brightness and heat. Another standout is thick-cut fried green tomatoes and creamy pimento cheese sandwiched between slices of blue cornbread. The patty melt comes on a dense marble rye made using Community Beer Co.’s Mosaic IPA.

There are seven sandwiches to choose from, as well as soups, salads, and sides. Stack’s also offers grab-and-go breakfast items like a yogurt parfait with White Rock Granola, cheesy egg and bacon breakfast burritos, and a hefty house-made honey biscuit with crispy fried chicken.