Three Neighborhoods Where Dallas Could Prioritize People Over Cars

The city is tearing out Oak Cliff’s Jefferson-Twelfth Connector, but it shouldn’t stop there.
By Peter Simek | May 31, 2019|9:30 am

Nick Dean and his wife found their house in Oak Cliff’s Winnetka Heights neighborhood by driving south on Sylvan Avenue until the real estate became affordable. After they found their home, it didn’t take long to recognize what made their little corner of Winnetka Heights economically accessible. In 1967, a four-lane divided boulevard was constructed through six neighborhood blocks between Jefferson Boulevard and 12th Street, cutting like a Nike swoosh through the neighborhood, demolishing dozens of homes, deflating value, and disrupting the quaint, early-20th-century grid of shady streets.

The road is a relic of a time when city traffic planners believed the highest virtue of urban design was enabling cars from the suburbs to speed through Dallas neighborhoods into downtown. Now the road inundated Dean’s neighborhood with dangerous traffic. It was clearly outdated. So Dean wondered: why couldn’t the city simply remove it?

As it turns out, Winnetka Heights residents had long dreamed of removing the so-called Jefferson-Twelfth Connector. But efforts over the years had fallen on deaf ears. Removing streets in Dallas isn’t as easy as it sounds. In fact, it had never been done. In 2017, Councilman Scott Griggs—who lives on Jefferson just a few blocks from the connector—helped get money into a bond package for the project, but that didn’t guarantee its removal.

“What is so peculiar about this is that the city has never removed a road as part of a streets project,” Dean says. “It being in the bond didn’t make a difference in terms of how otherworldly it was to them.”

What Winnetka Heights had, however, was a well-organized neighborhood. They mobilized a deep pool of volunteers with diverse professional expertise who helped galvanize support and push forward the design process. When the project finally reached the City Plan Commission, Dean says, commissioners were surprised by the complete lack of opposition to the removal of the road. It passed, and the city amended its thoroughfare plan to remove the connector. The city will now restitch the street grid and turn the freed-up right-of-way into much-needed neighborhood green space.

The project exemplifies what is possible when neighborhoods work with the city to undo the mistakes of 20th-century traffic planning. There are plenty of examples of similar roadways that have damaged the long-term value of neighborhoods in the interest of speeding cars in and out of the city, representing opportunities where the city could follow Oak Cliff’s lead in pushing to reduce or remove destructive roads.

Here are three places where the city can prioritize people over cars. 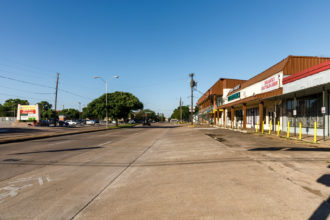 The six-lane divided boulevard was widened in the 1970s, as traffic planners sought to whisk more cars through East Dallas neighborhoods and into downtown. The legacy of their efforts is a road designed to carry more cars than it actually does, miles of rundown strip centers, and a dangerous barrier between neighborhoods. In 2017, East Dallas residents started a petition to give Columbia a “road diet.” The city is now preparing a design that will shrink Columbia from six to four lanes, add bicycle lanes, expand sidewalks, and shorten some intersections. 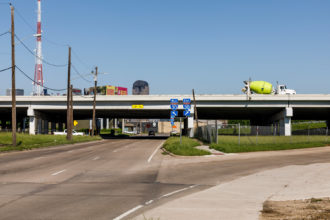 The State Fair of Texas’ desire to move millions of visitors through South Dallas has long damaged the urban fabric around Fair Park. The massive width of Robert B. Cullum Boulevard is a barrier that, along with parking lots and fences, fortifies the park against the surrounding neighborhood. Near the park’s main entrance, Robert B. Cullum transitions into a spaghetti swirl of entrance ramps to I-30, creating uninhabitable plots of no man’s land. Removing the expanded boulevards and restitching the street grid around the park would free up acres of land that could be transformed into a park-adjacent neighborhood. 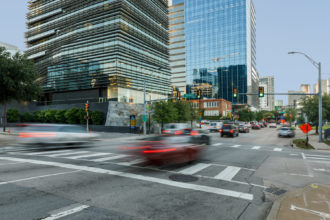 When you drive the Dallas North Tollway into Uptown, the highway ends, but your speed never has to change. That’s because the toll road spills into widened city streets that function like busy highways running through Harwood, one of the densest and fastest-growing areas of Uptown. Despite that growth, the streets remain hostile to pedestrians. Fixing this problem begins with removing the parts of North Field and Moody streets that were expanded and reconstructed to cut through the former street grid. Restoring the street grid would not only calm traffic and make the streets safer, but it would also help Harwood serve as a crucial linchpin connecting Victory, downtown, and McKinney Avenue.

Dallas’ most important news stories of the week, delivered to your inbox each Sunday.
Oak Cliff Winnetka Heights