Before the National Endowment for the Arts announced its first round of grants for 2019, Will Evans, founder of Deep Vellum Publishing, had high hopes. Over the past year, he had painstakingly pieced together what he believed to be a strong application. The money he asked for—a similar amount to what his peer publishers around the country had received from the NEA—would allow the Deep Ellum-based nonprofit literary publisher to expand its reach and expose more English readers to the world’s greatest writers. NEA grants are not easy to obtain. Applicants must prove they produce work of the highest artistic merit. But in its short history, Deep Vellum’s books have earned some of the world’s top literary awards, and the publisher has garnered praise from publications ranging from The New Yorker to the Guardian.

Then the grants were announced, and Deep Vellum was not on the list. Evans felt dejected. “I didn’t want to apply ever again,” he says.

But it’s not surprising that a Dallas arts organization, even one as accomplished as Deep Vellum, did not receive a grant. Dallas doesn’t do well when it comes to getting funds from the NEA. In May, when the second round of 2019 grants were announced, a single Dallas organization—the Greater Dallas Youth Orchestra—received a grant for $15,000. Looking back over the past two years, 22 Dallas groups have received $615,000 from the NEA. That might sound like a lot of money for the arts, but compared to Dallas’ peer cities, it’s peanuts.

Over that same time frame, 51 Austin organizations received $1.4 million, and 60 Houston groups received $1.6 million. (Some additional NEA dollars flow to Dallas organizations through regular grants to the Texas Commission on the Arts.) Outside Texas, in the past two years, Seattle groups got $2.4 million in federal grants, and Minneapolis-​St. Paul organizations secured more than $3 million. Unsurprisingly, cities like New York and Chicago dwarf those numbers.

The agency estimates that for every dollar it gives an organization, that group is able to raise up to an additional $9.

The disparity is even more glaring when population is taken into account. In Seattle, the NEA has handed out about $3.20 per resident over the past two years. In Dallas, it has granted just 45 cents per resident. Regionally, it’s worse. North Texas organizations received $770,000 in NEA grants, which is about 10 cents per resident.

But wait. It gets worse. Not only are NEA grants considered a “seal of approval” when it comes to recognizing the quality of the arts projects and organizations that receive funding, but the money creates a multiplier effect. The agency estimates that for every dollar it gives an organization, that group is able to raise up to an additional $9. In other words, if Houston got roughly $1 million more than Dallas from the NEA over a two-year period, that really amounts to a $10 million gap between the two cities.

What accounts for this disparity? Cities that receive the lion’s share of NEA funding also tend to have strong sources of local and state funding. Healthy local patronage enables arts organizations to build capacity for long-range planning and foster a depth of development experience that can help craft successful NEA grant applications. That doesn’t describe Dallas. For example, despite launching a renowned independent publishing house in Dallas and getting acclaim the world over, Evans says he still struggles to get Dallas patrons to understand his mission, let alone invest in it.

But organizations like Deep Vellum are also in the minority. While competition for NEA funding is fierce—the agency estimates that it approves only about 60 percent of the applications it receives—the reality is that most Dallas arts groups don’t apply for NEA grants. One prominent arts organization leader I spoke with who doesn’t apply for NEA grants asked not to be quoted because the person didn’t want donors to think the group wasn’t doing everything it could to raise funds. But the person did say that the grant process is arduous, and therefore fundraising efforts are focused on lower-hanging fruit. 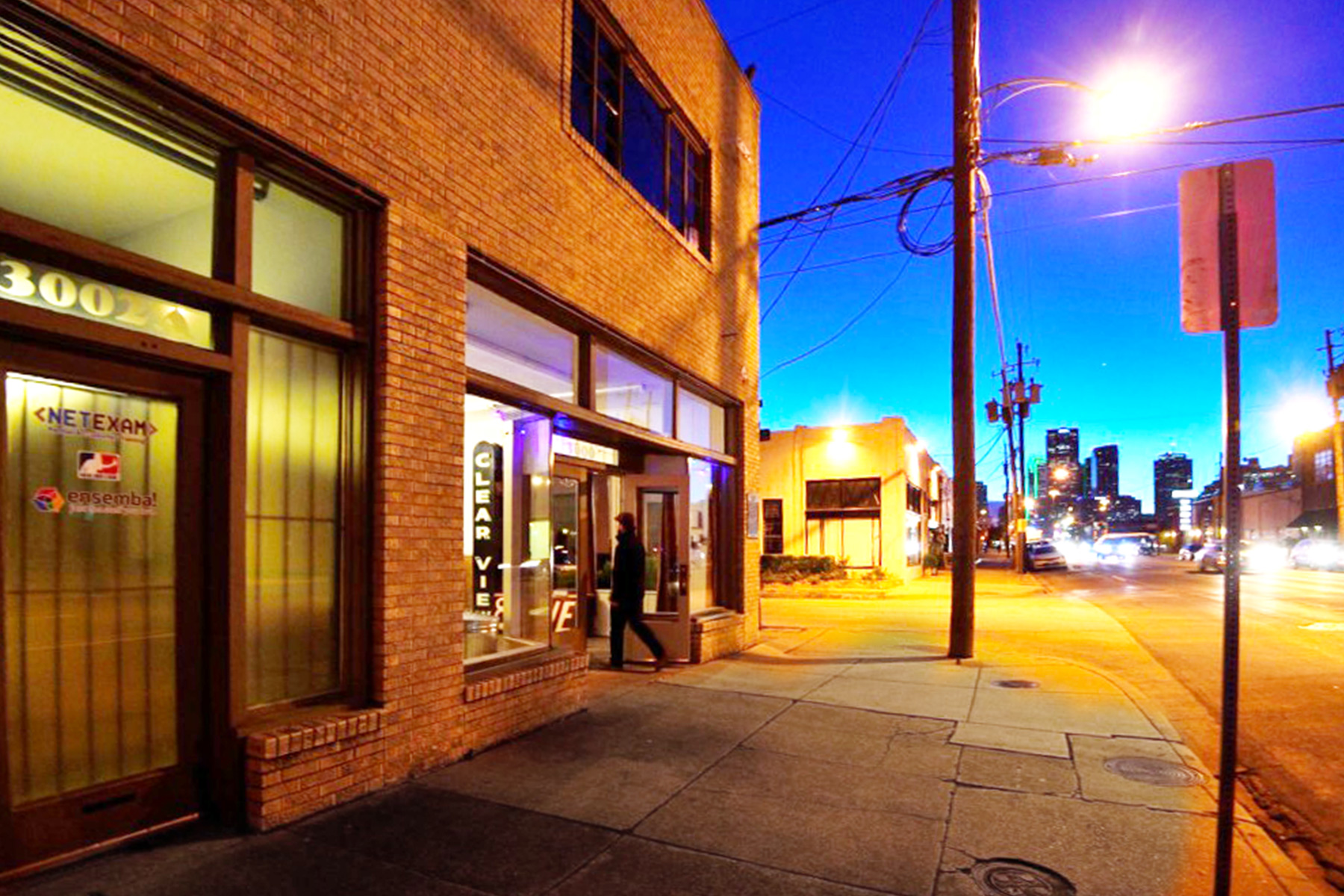 Joanna St. Angelo, executive director of the Sammons Center for the Arts, which serves as a kind of incubator for a number of small and midsize arts organizations (including the Greater Dallas Youth Orchestra), says the application process is daunting to many groups that are more accustomed to scraping by from program to program. That other cities are out-competing Dallas, St. Angelo says, is as much a measure of the depth and age of their arts communities as it is the merit and achievement of their organizations.

“Those cities probably have a much older arts community, more established, and therefore a bigger reservoir of experience and knowledge of how to go after these kinds of grants,” she says.

This lack of development experience among small and midsize arts groups is a problem that surfaced again and again in community meetings that took place in the run-up to the creation of the city’s new cultural plan. Jennifer Scripps, director of the Office of Cultural Affairs, says this lack of experience is evident in the city’s own grant programs, which receive applications of widely varying quality. In addition, she says, many smaller groups cite the number of hoops they need to jump through during the NEA application process, as well as the challenge of finding the required matching donations, as obstacles to pursuing an additional $10,000 or $15,000. One of the initiatives laid out in the city’s cultural plan is to overcome these obstacles by using the Office of Cultural Affairs to educate arts organizations and share expertise.

“A lot of it is working through the application,” Scripps says. “Peer-to-peer experience sharing. [Picking] an arts organization, having them come and say, ‘What was it like? Who helped me? What was the role of grant writer verses the artistic staff?’ ”

A handful of Dallas arts organizations, though, have already figured it out. Looking through past recipients of NEA grants, the same dozen or so groups—ranging from Big Thought to the Dallas Opera—regularly receive NEA grants. Though not exclusively, they tend to be larger, more established organizations with strong sources of local fundraising.

Bart Weiss, co-founder and artistic director of the Video Association of Dallas, has received more than $130,000 from the NEA over the years. He says he made the grants a priority early on because he knew that a nod from the NEA meant more than just extra revenue for programming; it means his organization is regarded as among the best in its field. Weiss has also participated in the regional and national panels that evaluate grant applications, and he says one thing that helps applicants is staying engaged with their colleagues outside of Dallas, traveling to conferences and meeting other artists and arts administrators throughout the country.

But Weiss acknowledges that not everyone has the resources to do this. He believes expanding access to federal funding requires locating other sources of local arts funding, such as an expansion of the hotel occupancy tax for the arts. These funds can’t be used for programming, but they can go toward developing infrastructure needed to sustain arts organizations in the long term.

Which is ultimately why the disparity in the distribution of the NEA grants is so alarming. It is not just that Dallas is missing out on a few hundred thousand dollars every year. Rather, NEA grants are really a gauge of the quality of a city’s overall cultural investment, maturity, and sustainability. They are a canary in a coal mine. When the oxygen needed to sustain a vibrant cultural scene isn’t pure and plentiful, we get an early warning. Seeing the NEA numbers, our canary looks cooked.