You don’t have to look very hard to find a good example of why Amy Walton started modTEXAS last year. The group’s aim, she says, “is to draw attention to Texas’ modernism and to celebrate the institutions who are working to preserve it.” 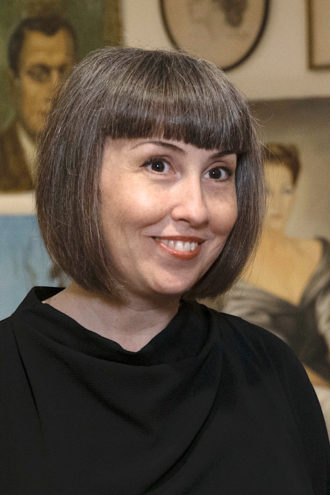 But modTEXAS was too late to do anything for the former Great National Life Insurance office on Harry Hines, with its noteworthy diamond-shaped aluminum brise soleil. The building, which was constructed in 1963 and later became home to the Salvation Army, was torn down this spring. Dallas Parks and Recreation salvaged a piece of the façade for later use. The rest is gone.

Walton—previously behind Address Me Dallas, an initiative to bring back old-fashioned letter writing—wants to avoid a repeat. Her idea is to “make preservation sexy.” To that end, she is using Instagram to assemble the largest catalog of Texas modernism on the internet, “getting the entire state to play I Spy” with her @modtexas account. She says that with promotional help from more than a dozen other preservation organizations, the Mapping Mod project has had about 1,450 uses of its #modtexas hashtag. Each month, modTEXAS features a new theme, from municipal buildings (January) to details (April) to car culture (June).

And now that modTEXAS has a foothold, she wants to see people come forward to explore bigger projects, like an annual Texas modernism event, setting up tours, or the even harder job of advocating for legislation.

“I’m trying to be agnostic about what happens next,” Walton says. “However, I hope this will serve as a proof of concept that Texans value this architectural heritage and that we can have a greater impact by working together.”

Have your own example of modern Texas architecture in Dallas? Instagram it, hashtag #modtexas, and tag @d_magazine. Your shot could be featured in a future post.