According to a dialect map of the country created by Joshua Katz, a North Carolina State University doctoral student, Dallas falls squarely in puh-KAHN territory, just like most of Louisiana and Oklahoma. The rest of Texas prefers PEE-can. However you pronounce this native and nutritious nut, we’ve tracked down some of the best places to help restock your supply and, yes, crack your nuts.

Now retired from her job with the USDA Farm Service Agency, Nancy McCoin and her ranching husband, Harvey, opened their seasonal shop in Paris in 2005. It usually stays open from mid-October, with early pecans from Georgia, through the end of Texas’ pecan season, which can run as late as mid-March. “We buy pecans that people pick up out of their yard or farm,” Nancy says. “We also buy from machine harvesters, which use machinery to go out and shake the pecan trees and then pick up the pecans and dump them in a trailer.”
Pricing: Custom cracking, 60 cents per pound; shelled pecans, $12.95 per pound; plus gourmet-flavored pecans, candies, and gift trays.

Katie and George Brown, who owned the former George Restaurant on Inwood Road, developed Killer Pecans as a salad garnish for their catering business. Now the sweet and spicy nuts are their full-time operation. “We started the company because a client and friend thought we should,” Katie says. “Everyone always raved about the pecans, so when our friend suggested bagging them and selling them, we did. Pogo’s, which was right across the street from the restaurant, started putting them on their shelves. They did well, and soon after Eatzi’s started carrying them also. Then we put up a website, and the word has just spread organically.” Their offerings have grown to include a wide selection of flavors and gift boxes, but their signature Killer Pecans—a fusion of chili, cumin, salt, and a touch of sugar—are still the most popular.
Pricing: $25 per pound; gift tins, $18-$35; gift boxes, $25-$160.

How to Pick a Peck of Pecans

For the home picker, Jim Luscombe of Foster Crossing offers some advice on scavenging for nuts. First, make sure you’ve got permission to access the tree you fancy. Then shake the branches—don’t hit them—and let it rain pecans. If you see a tiny pinhole in a nut, toss it. It means a pecan weevil has beaten you to it.

With 500 trees in their pecan orchard north of McKinney, Robyn and Jim Luscombe (they are related to the Luscombe Farm jelly family) have been exclusively selling their own paper-shell pecans for the past 15 years. When available, they also offer a mix of the old-fashioned Burkett and Stuart varieties from a local grower. Take in your own pecans, and they’ll crack them using vintage machinery from the old Melissa Pecan Cracking Company.
Pricing: Custom cracking, 75 cents per pound; shelled pecans, $16 per pound; cracked pecans, $8.25 per pound; gift tins, $27-$37.

Harvey West bought this family farm 90 miles northeast of Dallas nearly two decades ago. With more than 5,000 pecan trees planted back in 1970, the property produces a whopping 10,000 pounds of pecans yearly. “We grow Wichita, Caddo, Cheyenne, and Cape Fear varieties,” says John Pierce, Harvey’s son-in-law and the store’s general manager. The retail shop in Wylie is open Monday through Friday year-round, from 8 am to 5 pm, and you can visit the farm store in Telephone, Texas, by appointment. In addition to in-shell and shelled pecans, West Pecan Farm also offers its signature Texas Chicken Fried Pecans, which are doused in a mixture of butter, sugar, and salt, and then deep-fried.
Pricing: Texas Chicken Fried Pecans, $24 per pound. 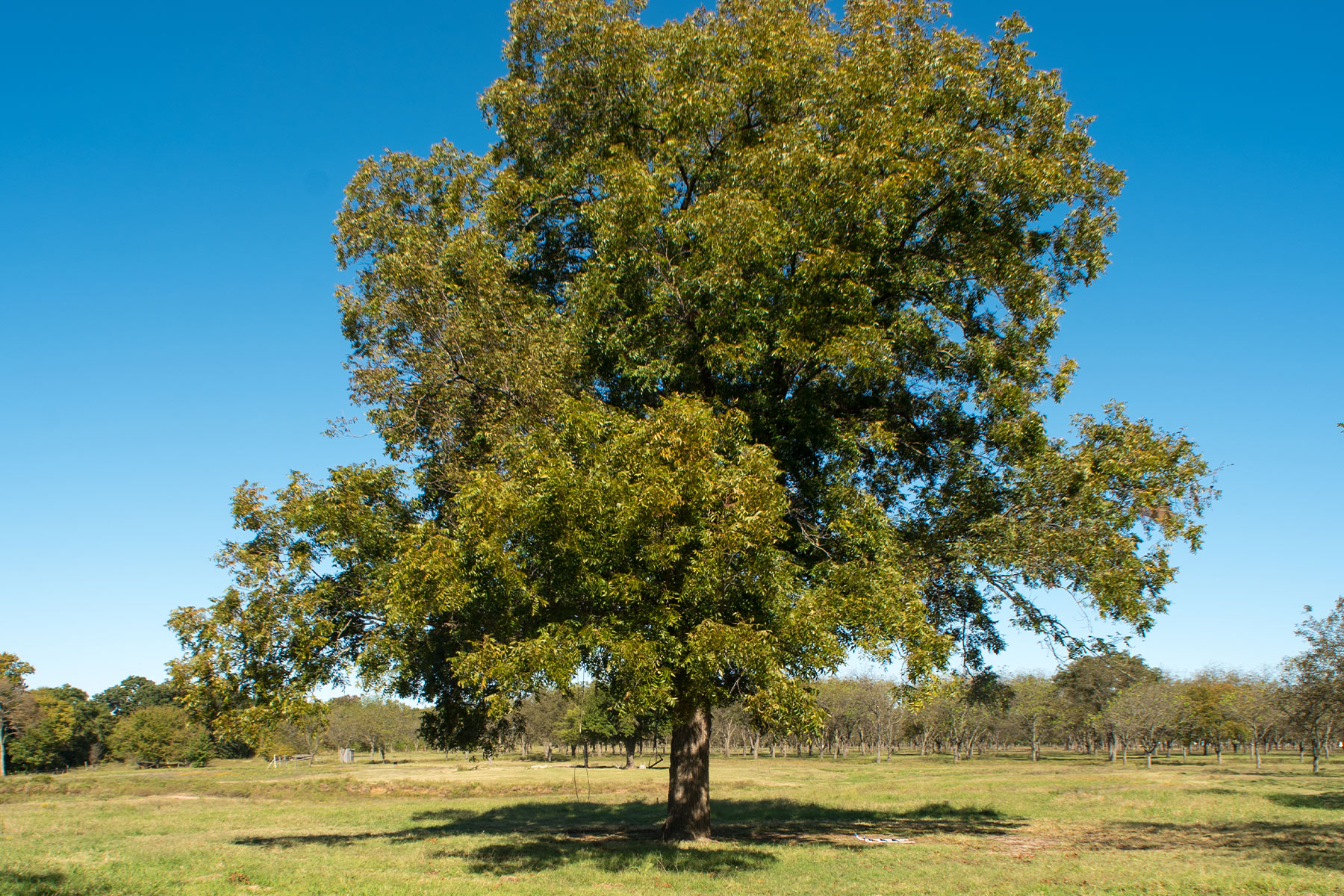 The West family refers to the oldest and largest pecan tree on their farm as The Mother. Over the years, they have grafted nine different varieties of pecan onto the tree. That’s because pecans do not reproduce true to seed. If you plant a pecan, the resulting tree will be different from the parent. To get a match, you must graft a shoot onto an existing tree or rootstock. 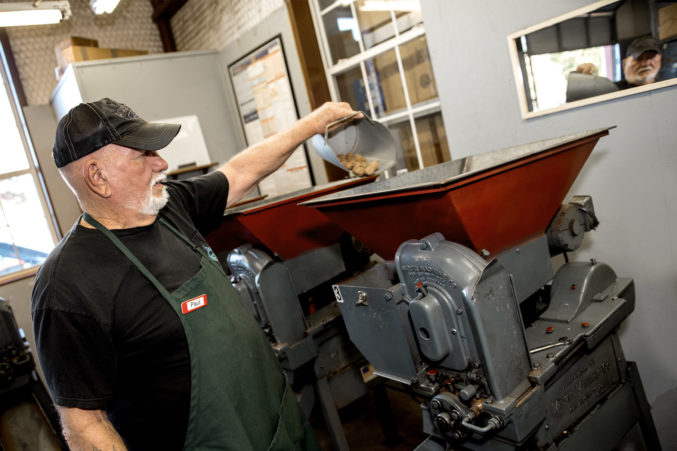 Paul Staton puts one of the 10 in-store cracking machines at The Pecan House to work.
Bret Redman

Mike and Karen Griffith bought The Pecan House in 2017 from Lou Ann Turbeville, the daughter of the original owners, Skeets and Frankie Turbeville. “I think it was important for Lou Ann to pass it on to someone with Mineola roots, someone to continue to make it grow,” Karen says. The Griffiths get their pecans from orchards in Texas, Georgia, Oklahoma, and New Mexico. They also offer jellies, salsa, brittle, flavored nuts, and homemade peanut butter. “If you name a nut, we have it either raw, cooked, or candy coated,” Mike says. There are 10 cracking machines in the store, and the Griffiths offer cracking and blowing services to customers who bring in their own pecans.
Pricing: Custom cracking, 45 cents per pound; cracking and shelling, 75 cents per pound.