Enjoy unlimited access to all of our incredible journalism, in print and digital.
Subscribe Now
Advertisement
Gardening

Lauren Clarke wants to help Dallas residents save the planet without getting their hands dirty.
By Ryan Conner | August 2, 2019|12:30 pm

Subscribe
Advertisement
Lauren Clarke starts every morning in her garden. The Lakewood resident tends to her vegetable plants and fruit trees and feeds her chickens. Her 4-year-old son, Benjamin, pulls fresh blackberries from the vine and pops them into his mouth. She ends the day there, too, enjoying a glass of wine while reading and watching Benjamin play. “Cooking and gardening is therapeutic to me,” she says. “It’s become part of my daily process—like some might exercise, meditate, or say prayers.”

It’s also just a small part of Clarke’s bigger plan for reducing food waste in Dallas. Last year, she launched Turn Compost, a concierge compost service that makes it easy for residential clients and companies to minimize their environmental impact.

“We would wash dishes in a container in the sink, and we wouldn’t even let the water run down the sink. Then we’d throw the water from that pail out back into the garden.”

Here’s how it works: for a monthly subscription starting at $35, Clarke or someone from her team brings you a 5-gallon bucket with an industrial lid that seals. Fill it up with Turn-approved foods (eggshells, fruits, vegetables, coffee grounds, grains), and someone from the team comes back in a week to pick it up and leave a clean bucket. There’s also a cheaper option if you want to drop your bucket off at a designated spot.

Turn partners with local farms and community gardens such as Bonton Farms and Urban Chicken Inc. to receive the scraps and turn it into compost. Residents also get a treat from the farms once a month, such as non-GMO seeds, local honey, and compost soil. Or you can opt to gift the compost to a community or school garden. 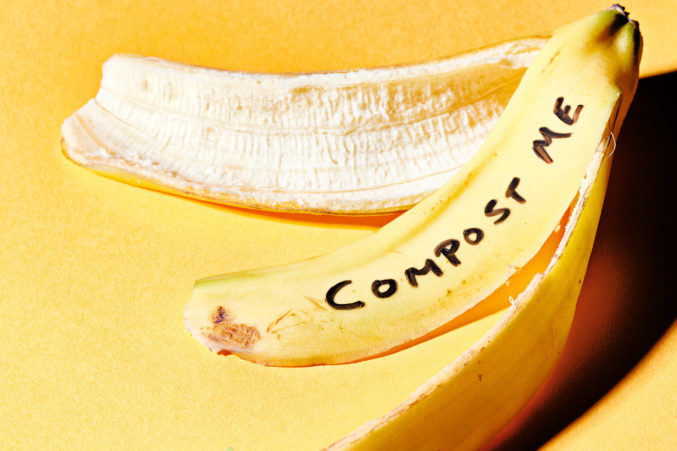 Composting is not a new concept for Clarke. The Dallas native has experimented with the idea for the last 10 years, from throwing scraps into a tumbler-style bin to vermicomposting with worms. She learned to be resourceful and give back to the soil from her grandmother Wanda Lea Craig, one of 10 children who lived on a large property in Centerville. The family grew their own food, raised chickens, composted, and cooked with seasonal ingredients every day. They never wasted—not even water. “We would wash dishes in a container in the sink, and we wouldn’t even let the water run down the sink. Then we’d throw the water from that pail out back into the garden,” Clarke says.

When she started her own family, she naturally started a garden, too. At the time, she had moved to Jacksonville, Florida, from New York City, where she spent nine years working in marketing. It was food culture shock. “I planted a backyard garden and started composting and cooking right away,” she says. Each month she’d take on a new food challenge, studying the ins and outs of a different culinary style.

When she and her husband and stepdaughter moved back to her hometown of Dallas, Clarke applied to Texas A&M’s program for Texas Master Gardeners. “You get a broad spectrum of a horticulture education, starting with the basics of plant science and pathology to turf to growing vegetables,” she says. From there, she went on to take cooking classes at El Centro College. She’s always been a home chef, but she was ready to learn the proper rules of food prep.

All of this—the informal and formal training—laid the groundwork for Turn. “Culinary school and the master gardener program opened up my eyes with this whole issue of food waste and how horrible it is in our environment,” Clarke says. For her, composting felt like a normal part of cooking. “I enjoyed it. It’s easy. It made sense,” she says. “I guess I didn’t realize that nobody in Dallas at a business level was doing it.”

Clarke launched the pilot program in her own neighborhood, and now Turn picks up compost bins in 15-plus Dallas ZIP codes and a few suburbs. One goal is to convince large companies to start recognizing their part in the landfill problem. “I believe that it should happen at many different levels with many different strategies,” she says. “My passion is to get consumers and businesses here to do the right thing.”

Dallas’ most important news stories of the week, delivered to your inbox each Sunday.
Lauren Clarke Turn Compost

The choice is yours.
By Catherine Downes
Food and Drink