Until recently, designer Venny Etienne’s biggest breakthrough was the night his python skin coat cinched the waist of Cardi B. It was 2017, the day after “Bodak Yellow” took Billboard’s No. 1 spot and the stripper-turned-reality star-turned-rapping sensation was photographed accordingly. Paparazzi shots show Cardi performing at an after-party, balancing on stiletto thigh-highs, the coat styled with nothing else up top so that a deep V exposed her décolletage and then some. “It came back with double-sided tape and everything,” Etienne says of the garment. “I was like, OK, let me frame this.”

Out of the Blue

For Venny Etienne, the sky is the limit, after riding Cardi B’s python-skin coattails (the rapper wore one of his trenches at a high-profile after-party) straight to this season of Project Runway.

That Cardi B moment became Etienne’s calling card, bringing attention to his emerging sportswear brand, Levenity, and creating more demand for the $4,450 coat (python doesn’t come cheap after all). He also believes it helped bag his biggest break: a spot on Project Runway’s 17th season, which returned to Bravo on March 14. 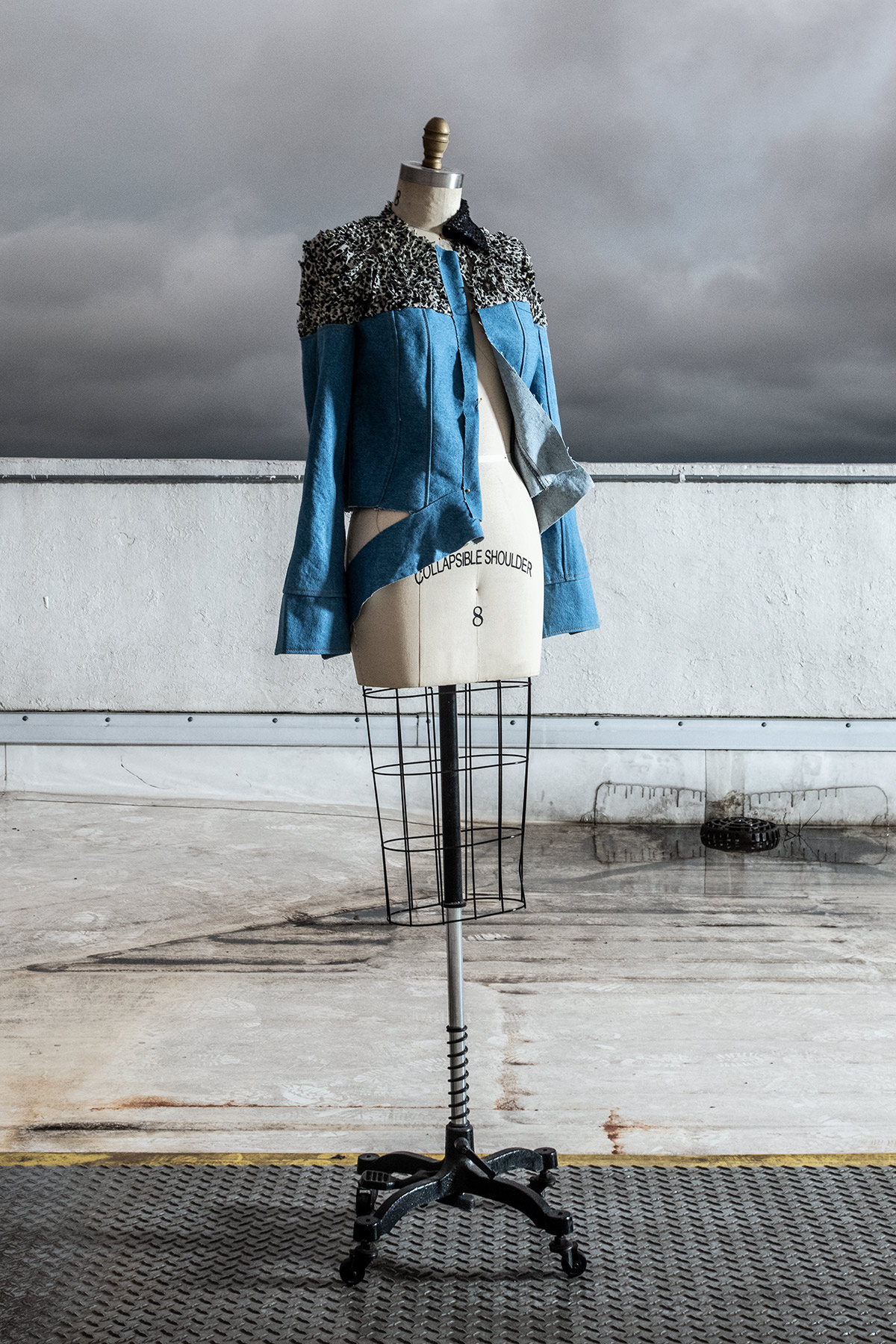 When we caught up with him at his studio in The Cedars, the designer was working on this jacket for the annual DIFFA/Dallas fundraiser.
Elizabeth Lavin

But Etienne credits his success to the relationships he built after moving to Dallas on a whim seven years ago, with little more than a suitcase and a sewing machine. The direct line from Big D to Cardi? That would be Dallas-based celebrity stylist J. Bolin, who has worked with the likes of Dwight Howard, Michelle Williams, and Vivica A. Fox, and mentored the man responsible for the rapper’s red carpet-stopping get-ups. Before Bolin, it was local stylist Willie Johnson who took Etienne under his wing, pushing him to start his first fashion collection, telling him what shows he needed to participate in and what parties to attend. “I just went to every single fashion event,” Etienne says of his early days in Dallas.

He was born in Coney Island, Brooklyn, to Haitian immigrants, the youngest of six. His father, a factory worker, and mother, a home health aid, raised the family “very heavy” in a Creole-speaking Pentecostal church. “Literally, Sunday from 10 am to 10 pm, I was in church,” Etienne says. “Then Friday service. Tuesday was Bible study. Wednesday was prayer meeting. That’s all I knew. I cherish it because it instilled morals that I still hold today. But I grew up in the projects. I mean, I could have easily went another route.”

Still, Etienne’s chosen path was not one of those his parents hoped he’d take, which were “doctor, lawyer, or the president, or whatever.” After a stab at studying investment banking (“because I heard those guys make good money”), Etienne was a 20-year-old in crisis. “I called a friend of mine and I was like, ‘I don’t know what I’m doing,’ ” Etienne recalls. “I was having a breakdown. And he was like, ‘Well, what do you want to do?’ ” Etienne thought about the fashion show fundraisers at church he helped style. Crowds of 400 would gather for the events. 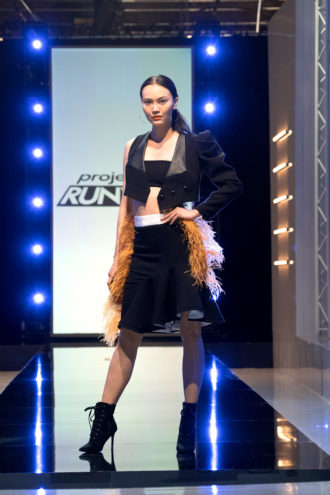 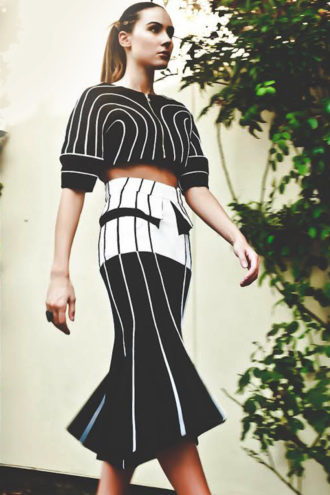 courtesy of Bravo
Dresses for success: Etienne’s design for the first challenge on Project Runway; a look from Etienne’s collection shared on the show to give judges a “first impression.”

Through classes at New York’s Fashion Institute of Technology and Dallas’ Wade College, where he got a merchandising and design degree, that ’90s Brooklyn sensibility never left Etienne. The influence is evident in Levenity’s texture-block jackets, long-sleeve crop tops, and layered looks. 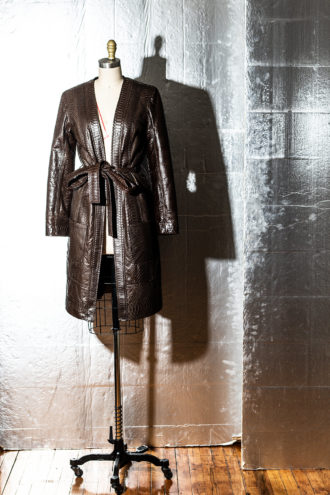 The python trench made famous by rapper Cardi B.
courtesy of Bravo

We don’t know yet if Project Runway’s judges appreciated Etienne’s aesthetic. He’s contractually bound by Bravo to keep quiet on how the competition played out. All he can reveal for now is that he’s back in Dallas, working in a bank’s accounting department by day and designing Levenity’s next collection by night.

Etienne is able to disclose his greatest on-screen design lesson: “It’s OK to pull back,” he says. “You want someone to know who you are, so you put everything in it, you know—feathers, rhinestones, beads, and ruffles. I was that type of designer going in. But there’s probably one or two elements in my garments that probably could be removed to make it look a little more refined.”

Perhaps more important than the critiques of TV judges is Mom’s approval. “I can see that she’s proud when I hear her brag to her friends about the things that I’m doing,” Etienne says. “So, yeah, I think she’s OK I’m not the president.”