FC Dallas is renowned for discovering players in its academy system. Now they've found a coach there, too.
By Zac Crain | March 28, 2019|11:30 am

Just North of Toyota Stadium in Frisco—separated only by Lamar Hunt Way, more of a driveway than a street—there is a complex of 17 soccer fields, their perfectly manicured lawns stretching into the horizon. The facility is bigger, perhaps, but not much different than similar places scattered across North Texas, from Sachse to Southlake, suburban Bermuda grass rectangles where entire weekends disappear. If you have a child older than, say, 4, you are already familiar with it.

Except this cluster of fields, in addition to hosting various camps and clinics and tournaments, is home to FC Dallas. All of FC Dallas—from the senior team that competes in Major League Soccer to its youth academy squads, U-19 all the way down to U-12. The players train side by side, sometimes even on the same pitch, participating in the same drill.

“One of the biggest strengths of our academy, and I believe the success of the academy, is our young players get to be integrated with pro players, in terms of training on the field,” says Luchi Gonzalez, director of the academy and coach of the U-16 team for the past three years. “Just understanding the standard; adapting to time, space, speeds, mentalities, communications, tones—those are things they’re picking up quick with our pro guys.”

In other words: kids get to see up close what it takes to turn their dreams into reality, to cross Lamar Hunt Way and play next door. And many of them have. Since 2008, when its academy opened, FC Dallas has signed a league-record 24 Homegrown players to its senior team, a number that includes nine members of the current roster and Kellyn Acosta, a Plano native and member of the U.S. Men’s National Team. That doesn’t even count one of the biggest successes to come up through its academy, Weston McKennie, the 20-year-old midfielder from Little Elm who plays for FC Schalke 04 in Germany’s Bundesliga and made his USMNT debut in late 2017.

“I don’t need my ego massaged. I believe in actions and attitudes over titles.”

And it doesn’t count Gonzalez, who made the jump from the academy to the senior team when he was named head coach in December.

Gonzalez was out of soccer, mostly, when Fernando Clavijo called and brought him back to Dallas seven years ago. It was the final leg of a long round trip.

He had been a star at SMU, ending his four years there in 2001 by winning the Hermann Trophy, the award given annually to college soccer’s best player. But there wasn’t much room for him in Major League Soccer. After the 2001 season, two franchises folded, leaving MLS with only 10 teams—the league now has 24, with plans to expand to 28 by 2022—and much more competition for roster spots. To make matters worse, the young forward was drafted by a stacked San Jose Earthquakes squad that had just won its first MLS Cup and featured U.S. soccer legend Landon Donovan, among others, ahead of him on the depth chart.

“It was a tough first season, but I learned a lot and it made me stronger,” he says.

Before the next season, Gonzalez was traded to the Columbus Crew, who asked him to take a pay cut, reducing his salary by half. He went to Sweden instead, to play for Bodens BK, a second-division club. “I’m a born-and-raised Miami, Floridian, and I’m literally in like below-zero temperatures, playing games with ice 6 feet tall on the side,” he says. “It was unbelievable. The ball would, like, go out of bounds and ricochet off the blocks of ice, so you wouldn’t need ball boys.”

Though Gonzalez was “as pale as I’ve ever been,” he played well and enjoyed himself in Norrbotten in the north of Sweden, and the club wanted to sign him for two more years. But he chose to go play in Peru, where his father is from and where he has dual citizenship. Then, after a season in Lima with Sporting Cristal, another left turn: Clavijo—then the head coach of the Colorado Rapids—reached out and asked Gonzalez to give MLS another try. 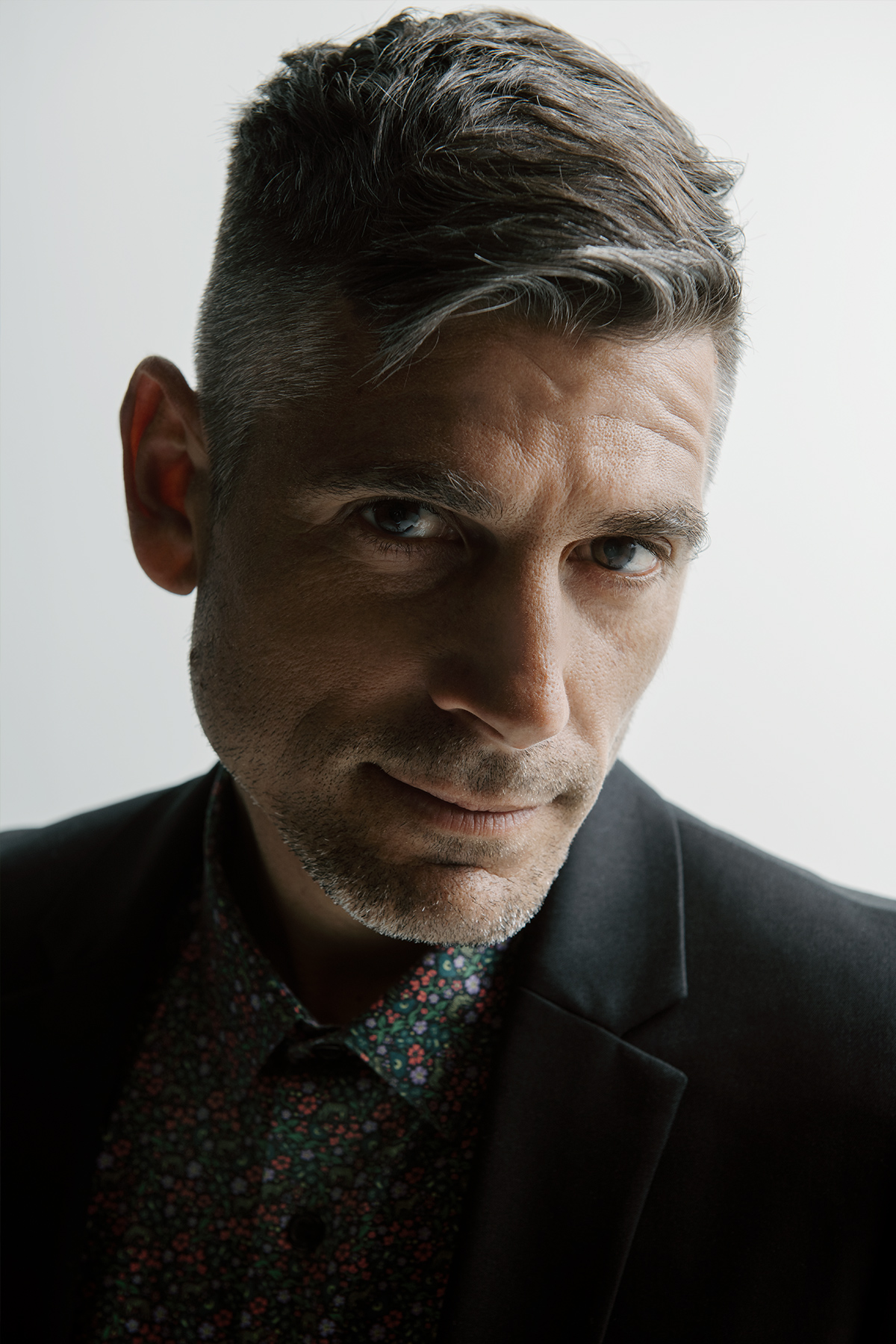 But as a player, the league just wasn’t going to work for him. Soccer in general, really, wasn’t going to work for him: he played two seasons with the Rapids, joined a second-division club in Minnesota, where he captained a few games, and then his daughter was born and that was that. He needed to provide for his family, so he got his teaching certificate. When Gonzalez heard from Clavijo again, in 2012, he was teaching algebra and coaching soccer at his alma mater, Gulliver Preparatory School in Miami.

In the years since they were together in Colorado, Clavijo had joined FC Dallas as its technical director. The National Soccer Hall of Famer (who died in February after a long bout with multiple myeloma) asked Gonzalez to join the team’s youth academy as a coach. He agreed and, from there, Gonzalez’s experience was at last fairly straightforward.

There was one final detour: in the fall, he was preparing to take over as the coach of FC Dallas’ second team, which acts as sort of a bridge between the academy and MLS. But then Oscar Pareja (who coached FC Dallas from 2014 to 2018) left to manage Club Tijuana in Liga MX and Dan Hunt, FC Dallas’ president and co-owner, told Gonzalez they were considering him as a replacement. His reaction? Why me?

“I don’t need my ego massaged,” he says. “Titles to me are—I believe in actions and attitudes over titles. So, with all due respect, I just asked why. He reaffirmed that he had talked to [his brother and co-owner] Clark and together they felt that they wanted an internal candidate, because we’re a development club and they want to look from inside. And we do the same with our academy when we’re hiring. Any type of role or staff, we want to look inside first.”

Gonzalez, then, is the perfect man to head up the team, an ideal representative of the organization’s philosophy to build from within. Though he credits the Hunts’ commitment to the plan, Gonzalez thinks part of the success comes from the area itself, with (maybe overly) competitive youth leagues and (maybe overly) dedicated parents. “And in Dallas, it’s multicultural,” he says. “You have 45 percent of the population that is Hispanic, so you’ve got a good mix of these structured, disciplined players that work really hard, but with creativity. And that’s a great profile for soccer.”

It all came together in 2016, when the FC Dallas senior team, which led the MLS in minutes played by Homegrown players, won the Supporters’ Shield (given to the MLS team with the best regular season record) and the U.S. Open Cup (the franchise’s second). The same season, the academy’s U-16 and U-18 teams won national championships and its U-14 squad went undefeated (25–0–2).

As part of that success, Gonzalez knows he doesn’t have to change much. Tactically, he will make some tweaks, to fit in more with how he prefers to play. Everything else, like many of his players, he learned in the academy: coaching and teaching aren’t that different. And it goes both ways.

“Our culture and our values in the locker room and on the field, it’s a development culture,” he says. “It’s about learning. I want our players to be students. My staff, we have to show them that we are willing to learn, that we’re open. We’re students, too.”

Dallas’ most important news stories of the week, delivered to your inbox each Sunday.
Fc Dallas Luchi Gonzalez

One in an occasional series.
By Matt Goodman
North Dallas