Dallas doesn’t let a detail like being landlocked get in the way of enjoying high-quality seafood. The city is home to scads of marisquerías, or Mexican seafood restaurants, as well as a taqueria that goes all-in for the inventive seafood tacos of Tijuana. That taco spot, Tacos Mariachi (pictured on the cover), pairs portobello mushrooms and asadero cheese with huitlacoche (a woodsy, edible corn truffle) and shrimp with cheese (a nod to the taco gobernador of Sinaloa). Mexican wrestling-themed Maskaras Mexican Grill offers a fried shrimp taco that hails from the co-owner’s hometown, San Juan de los Lagos, in the state of Jalisco. Two new eateries, Taco y Vino and Taco Heads, a Fort Worth transplant, are also serving up marine goods of note.

Tacos y cerveza? Absolutely. Tacos y mezcal? We’ll have another. Tacos y vino? That’s new to us—at least in Dallas. And it’s made for a wonderful addition to the taco scene with fascinating takes on tortilla-filled standards, such as jackfruit pibil. What you don’t want to skip is the Blackened Baja, another classic turned on its side, spicing up catfish with chipotle mayo and pickled onions.

When this popular Fort Worth taqueria announced a forthcoming Dallas location, we couldn’t help but be excited. Taco Heads’ signature brisket taco is as great as ever, but the garlic-cilantro shrimp taco has us wriggling with joy. Meaty but light shrimp bear nips of seasoning and queso fresco. The cabbage is bright and crunchy—just what you want in the topping. 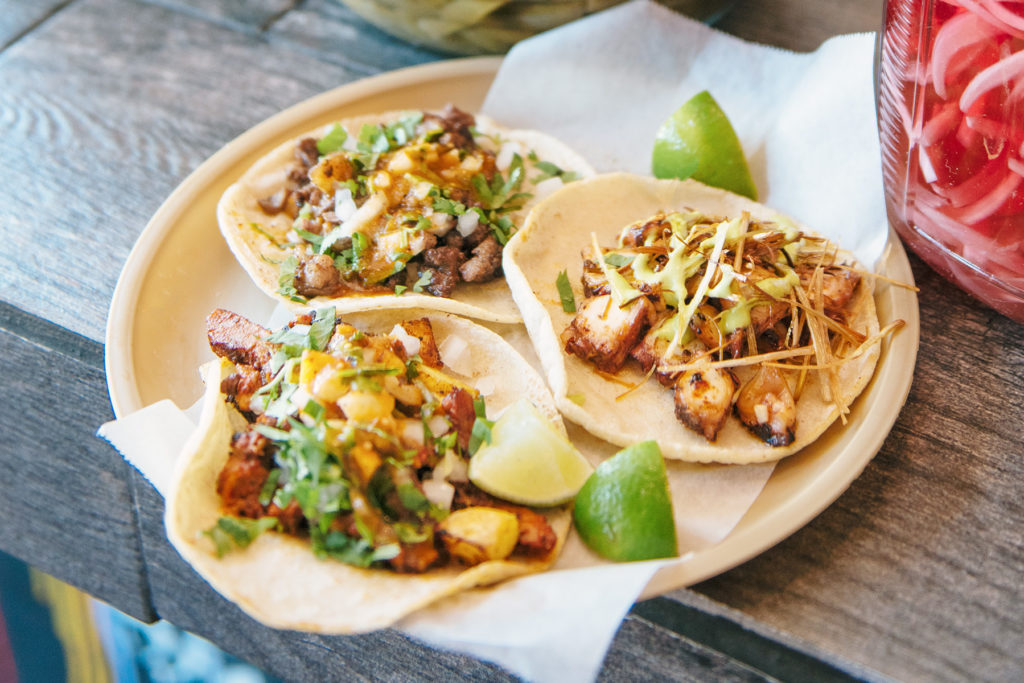 At first blush, an octopus taco might seem friendly to folks who have eliminated land mammals from their diet. And, sure, it is, if you consider cooking a cephalopod in lard to not be eating meat. The result is a tender collection of octopus, fried julienned leeks, and a balanced jalapeño salsa that speaks to the mastery of Revolver’s cooks.

If there were a key that unlocked a gate to a paradise where the river meets the sea, it would be Tacos Mariachi’s smoked salmon taco. The Tijuana-style street seafood taco emporium serves a rectangle of fish with an almost imperceptible remnant of its smoke bath topped with a crisscross of crema fresca and served with a side of tropical mango-habanero salsa. Best of all are the corn tortillas.

Los Angeles’ Mariscos Jalisco taco truck brought to national attention San Juan de los Lagos-style fried tacos brimming with soft shrimp and wearing a drape of salsa roja and cabbage. Now you can find them at this Oak Cliff taqueria owned by a couple from Jalisco. Aromatic and sturdy enough to withstand the salsa, the tacos de camarones are a required order next to the tacos ahogados. Always and forever. 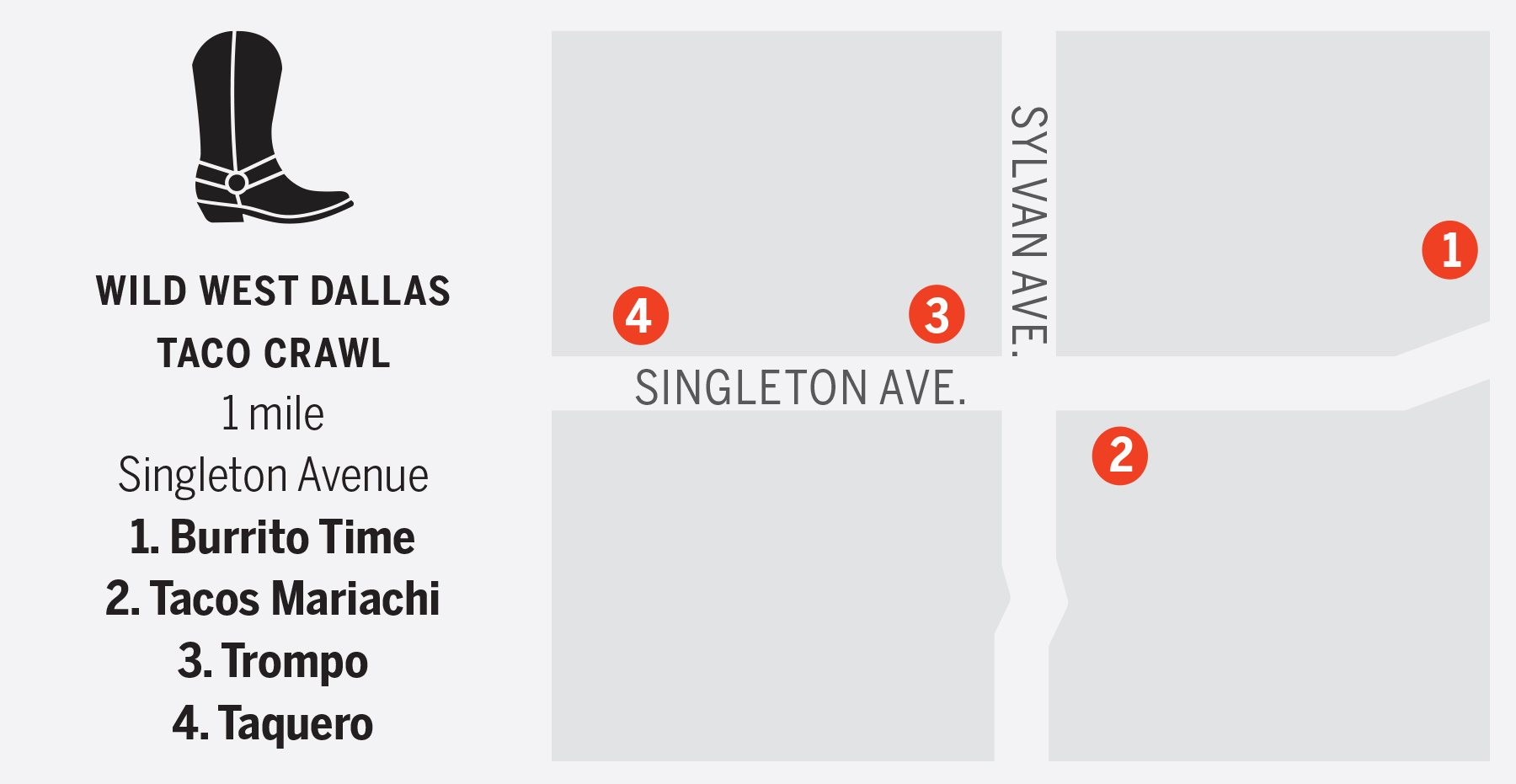