You might have heard of the $25,000 Kobe beef and gold leaf taco created at Grand Velas Los Cabos in Baja California. We call that a ridiculous taco. A gourmet taco, on the other hand, should play with the versatility of the vehicle with unusual or high-end ingredients while giving a nod to Mexican antecedents in flavors and ingredients. Cauliflower tacos are typical at stateside “gourmet” or “chef-driven” taquerias, but in Mexico cauliflower is fried into a fritter and served as one of many tacos de guisado with optional yellow rice and cheese. Powdered components, such as cactus pads or chiles, have been mixed with corn masa in Mexico for some time. The practice is only recently taking hold in America and makes for some exquisite tacos, some of which are included on this list.

A house-made marshmallow and Abuelita chocolate corn tortilla. A beet tortilla with beef tongue and fried goat cheese. A squid ink tortilla topped with grilled octopus and edible flowers. Chicatanas (ants) dusting a bacon-wrapped jalapeño on a bacon tortilla. The new Cedars Socíal is no Tex-Mex joint. The restaurant is a creative—and delectable—think tank of modern Mexican cuisine with a rotating showcase of tacos. At the foundation of the specials are the adjuncts executive chef Anastacia Quiñones folds into her corn tortillas, along with her sense of humor.

Here’s the thing about gourmet tacos: the finest examples don’t slough off their traditional origins, be it in flavor profiles or ingredients. Roots reverberate throughout. It’s certainly true at the reimagined Casa Komali, where mole poblano tortillas carry pork belly planks. But perhaps the best here is the achiote-and-citrus cradled cochinita pibil shot with pickled onions that’s presented on a tortilla infused with fragrant and piquant guajillo chiles.

Salsa Limón’s signature taco, the El Capitán, is a hand-held representation of siblings and co-owners Ramiro “Milo” and Rosalia Ramirez’s roots in Oaxaca, Mexico City, and the Rio Grande Valley. The whirl of cabbage provides crunch. The crisped flour tortilla, with a griddled cheese-lined interior, provides tension. The filling of your choice provides the flavor, which in the case of the pastor—our strongly recommended choice—is dusky and sharp. 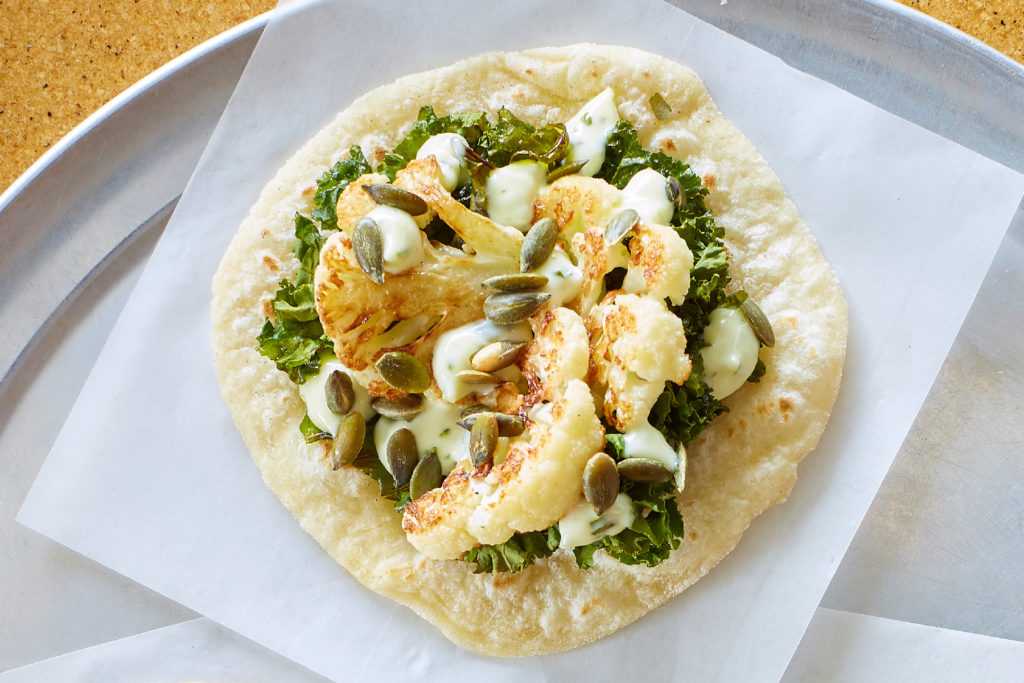 When Amy and Andrew Savoie opened their neighborhood taco spot, the couple took a chance on a vegetable taco: caramelized cauliflower punctuated by roasted pepita seeds, ribbons of kale, and a bright lacing of lemon-epazote aioli. It’s now Resident Taqueria’s most popular taco and is capable of converting even ardent haters of cauliflower and kale into believers.

This collaboration between the West Dallas taco spot and One90 Smoked Meats starts with the best corn tortillas in Dallas: cornfield-scented disks from the Araiza Tortilla Factory. Next comes the avocado mousse, which is simply a dandy word for guacamole, followed by chopped brisket. The beef’s discreet smokiness abuts a playful nip of jalapeño glaze and pico de gallo, and is capped with a salty shower of cotija cheese. Is the result—a Wednesday-only special—the perfect brisket taco? It just might be.

Stephan Pyles has a thing for tacos. His restaurants aren’t complete without them, no matter how highfalutin. At Flora Street Cafe, Pyles’ Arts District modernist homage to Texas and Latin American cuisine, he serves a hot chicken cemita with chapulín (grasshopper) aioli alongside a pair of pork belly tacos set against perfumed saffron and squid ink tortillas.

John Tuma, local modern Mexican pioneer and Urban Taco co-owner, was inspired by the après nightclub costras—hangover-absorbing, griddle-fried cheese formed into shells that replace the tortilla. He reintroduced the tortilla into the equation and concealed jalapeño wheels between fried manchego and the handmade corn disk. As for the filling: it’s habanero-washed al pastor. The accompanying avocado wedge might be intended to beat back the taco’s fire, but nothing will temper the burn of this Dallas original.

Resident Taqueria’s weekly specials allow the kitchen staff to push themselves to the edges of the taco sandbox. The Hatch chile relleno, a play on the classic chile relleno taco served at Mexico City taco stalls, is but one example. 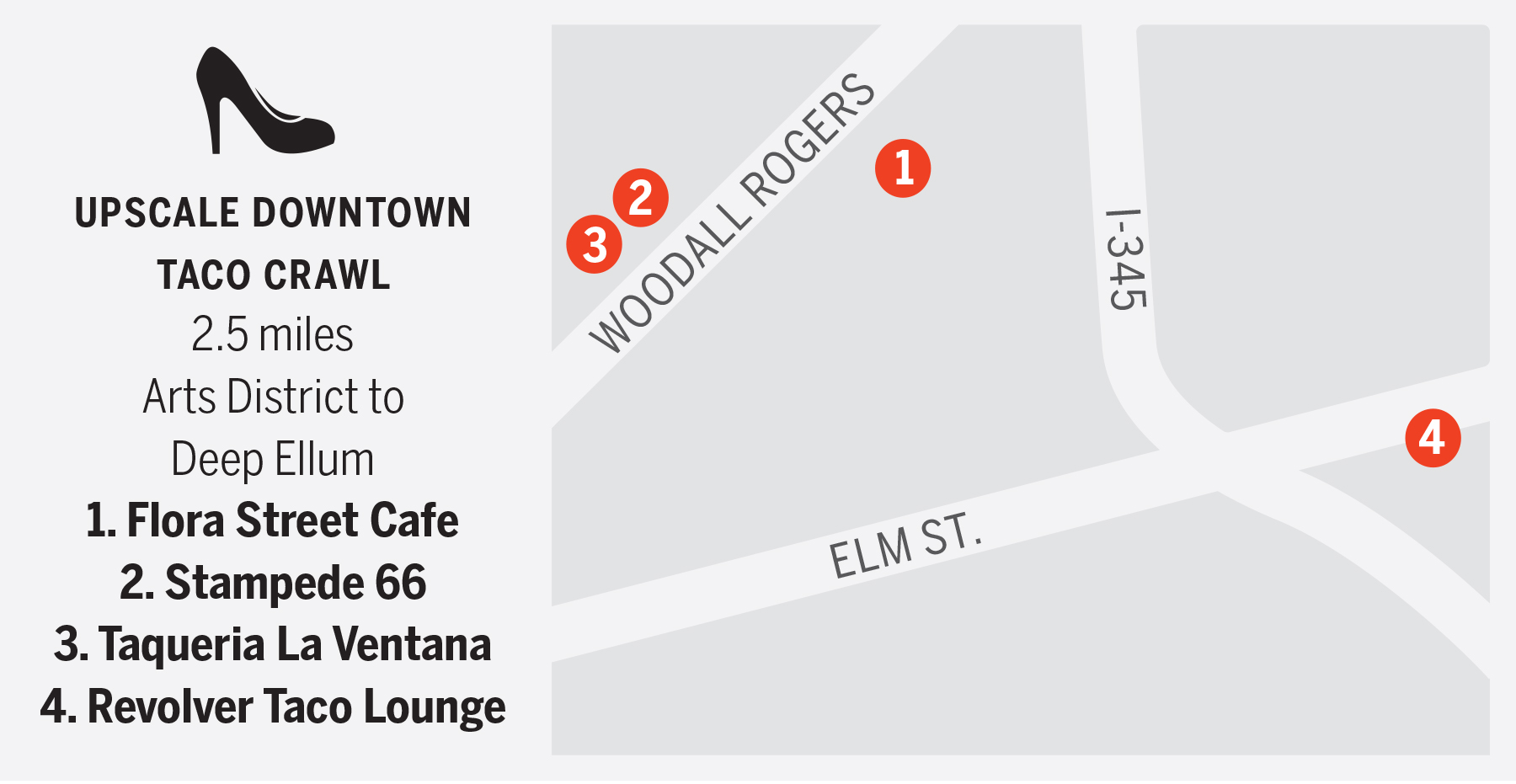