At first, the idea seemed strange: a vodka tasting room. I’d never heard of such a thing before. Most people like vodka because it’s easy to hide the taste.

It was a stormy Friday night, and I’d just braved the elements to visit Deep Ellum Distillery. I shook off the rain, grabbed a seat, and chattily told the bartender that I enjoy going to bars in bad weather. He stopped me there.

“We’re not a bar,” he corrected patiently. “We’re a tasting room.”

Deep Ellum Distillery’s house-made sangrita is a shot of dill pickle-infused vodka chased by perhaps the most delicious house-made Bloody Mary mix ever. Well worth the heartburn.

The distinction is that Deep Ellum Distillery—kin to Deep Ellum Brewing Co., making vodka for more than a year now—can only sell spirits they make in-house. Primarily, of course, Deep Ellum vodka.

Behind the bar were 16 enormous glass jars, each containing a different flavored infusion. Watermelon. Mandarin. Smoked oak. Serrano. The bartender poured my friend a combination of the coffee and cacao infusions to start, and I elected to try the popular Strawberry Basil Mule, made with strawberry-infused vodka. 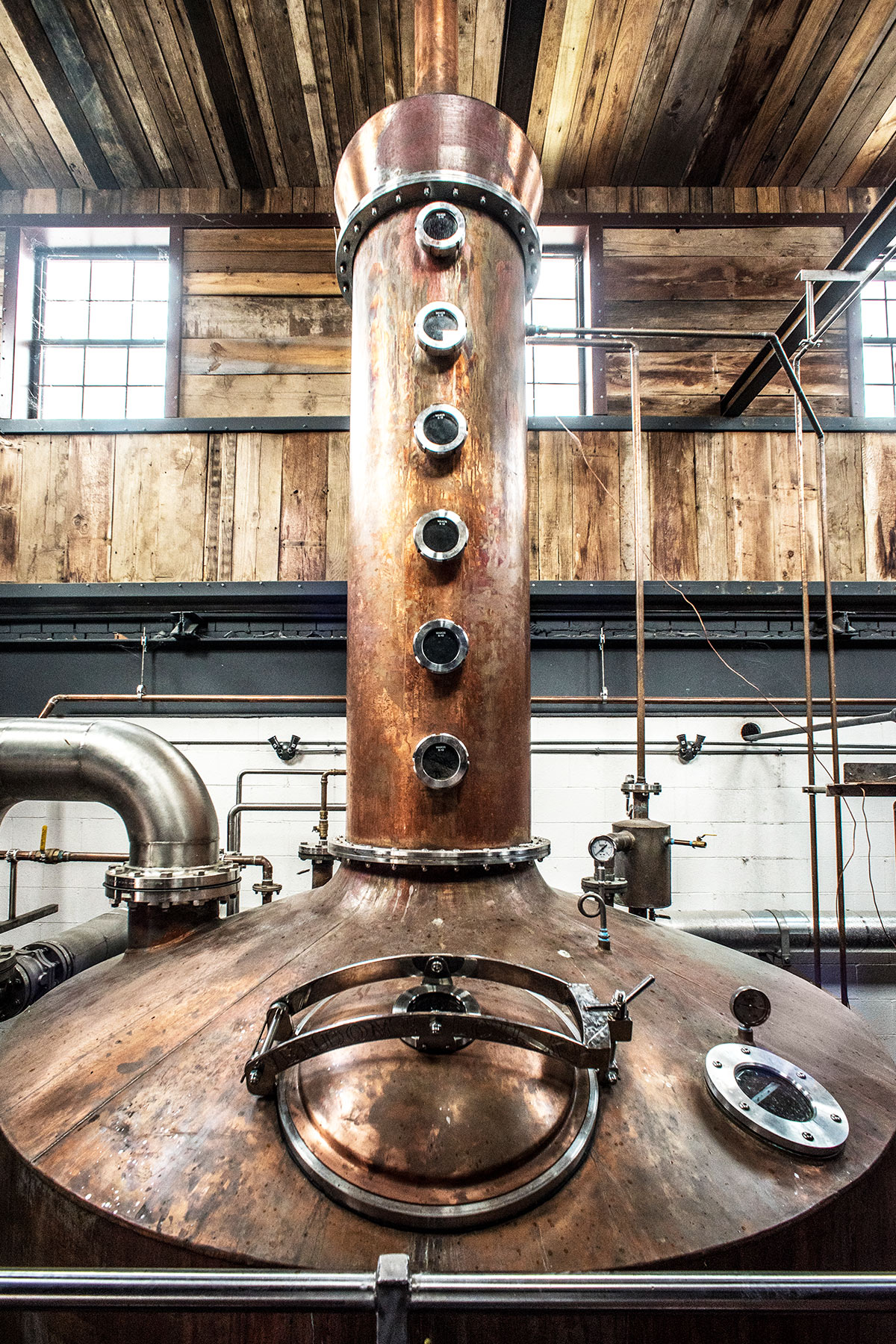 The bartender explained that the infusions were made using fruit or vegetables and no added sugar. “The head distiller is basically a chemist of alcohol,” he told us.
This gave me pause. That is literally what a distiller is. But I kept my thoughts to myself.

While I sipped my infusion, I took in the tasting room’s industrial vibe. The walls were covered with colorful murals—a diamond, a fist with the word “EPIC” across the knuckles, a vodka bottle, the phrase “DiStill my heart.” An enormous copper still lurked near the bar area, and an old Chevy pickup was parked near the entrance.

It was a laid-back place to spend a rainy night, and the more we sampled the various infusions, the more we understood the value of a vodka tasting room. After a while, the sky cleared up and we debated heading for the car. But by then we just wanted more vodka.