A Dallas Woman Seeks the Holy Grail of High Heels

After quitting her job and learning the art of cobbling in Italy, Maija Benincasa found the seemingly impossible: a stylish yet comfortable shoe.
By S. Holland Murphy | April 25, 2018|9:00 am

Subscribe
Advertisement
The story seems ripped from the pages of a chick-lit novel: Maija Benincasa, a beautiful redhead recently untethered from a relationship, quits her corporate job in Santa Monica and runs off to an Italian cobbler school. There, she spends her days toiling over high heels and her weekends exploring villages such as Portofino, chronicling her adventures on social media with the hashtag #eatprayshoes. Then, presto! She designs Benincasa Milano shoes, a line of high heels that are actually comfortable. 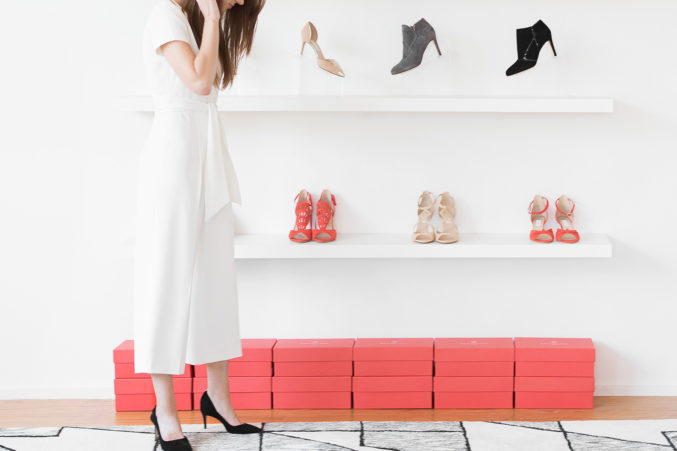 “I just went to my boss and said,‘This is crazy, but I’m going to quit my job and go make shoes.’ ”

But the rom-com version leaves out some important details, like the fact that Benincasa is an MBA grad whose father and grandfathers were all entrepreneurs, that she had several years of brand management at Campbell Soup under her belt, plus all the research, networking, and hard work it took to build her own business.

For years, Benincasa had a question bouncing around her head: what if beautiful shoes didn’t hurt so much? It was an issue magnified when she took off her heels to dance at a wedding reception and ended up in urgent care with glass in her foot. But she still didn’t know where to start. A year after her divorce, she came across an article that mentioned a three-month shoe-making program at Milan’s Arsutoria School. That’s my ticket, she thought, and applied the next day.

“It was a little insane in hindsight. I did not have a plan,” Benincasa says. “I just went to my boss and said, ‘This is crazy, but I’m going to quit my job and go make shoes.’ ”

While studying the art of cobbling, she conducted interviews in women’s closets and researched feet, finding that pressure on the ball of the foot was the most painful problem with heels. When touring a designer shoe factory, she saw stations to study stains and heel strength but never saw a department dedicated to actually wearing the shoes and how they felt. “It’s not surprising given most of the shoe engineers and designers are men,” Benincasa says.

Eventually, networking connected her with a biomedical engineer at UT Southwestern who used orthopedic technology to help Benincasa create custom insoles for a more comfortable pump. “They’re usually saving lives, not making high heels,” she says. By then, Benincasa was crashing on her sister’s couch in Dallas, creating a business plan and designing her line with the help of a former professor, Richard Siccardi.

Plans began to fall into place. She secured the same factory near Milan that makes Manolo Blahnik’s iconic buckle shoes, and a biomedical researcher from Portland used sensors to test her heels, finding that the insole technology did, in fact, relieve foot pressure. Two years of Benincasa’s life were not spent in vain. “Not giving up was the hardest part—having a vision and sticking to it despite all the hurdles throughout the way,” she says.

Of course, this isn’t the end of Maija Benincasa’s story. But in the next chapter, she’ll be jumping the hurdles in better heels.