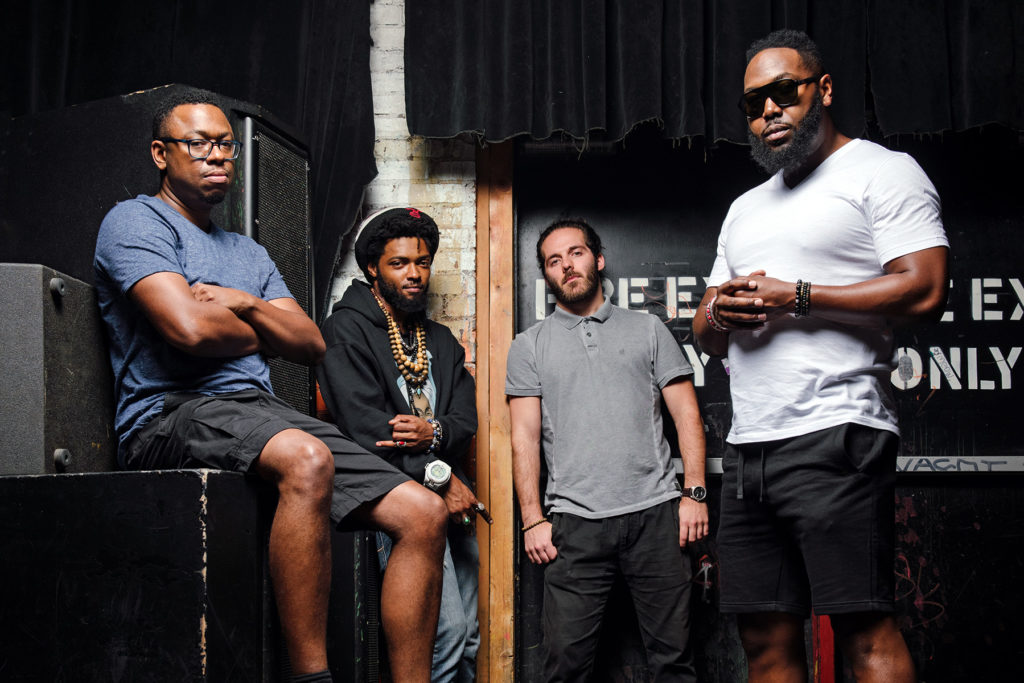 RC Williams and company’s Wednesday sessions at The Prophet Bar are the stuff of local legend, each show a free-flowing jam where the likes of Erykah Badu and Leon Bridges are known to drop in. Dallas’ best collaborators, whose cosmic and inclusive R&B sound epitomizes this evolving city, are overdue for their own star turn.

CT turned 5 this year. We would have totally lost that bet. The guide to food, music, and drinks punches way above its weight, with sharp design (especially on mobile); clever, sometimes delightfully vulgar, content; and a genuine underdog attitude. 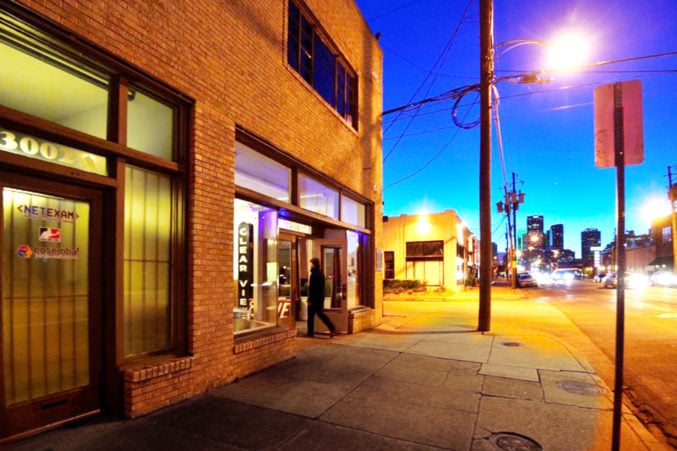 The late Bruce Wood believed Dallas could be a great city for dance. Nothing has proven the truth of Wood’s vision more than the sustaining success of his namesake company. Led by artistic director Kimi Nikaidoh, the company continues to stage groundbreaking new work as well as take on ambitious collaborations with composers and choreographers.

The 25-year Dallas Police vet, a major over the Southeast Patrol Division, tells his 13,000 followers the way it is, whether the subject is World Cup sailing or the way police handle protests. The latter, by the way, was the subject of his master’s thesis at the Naval Postgraduate School. 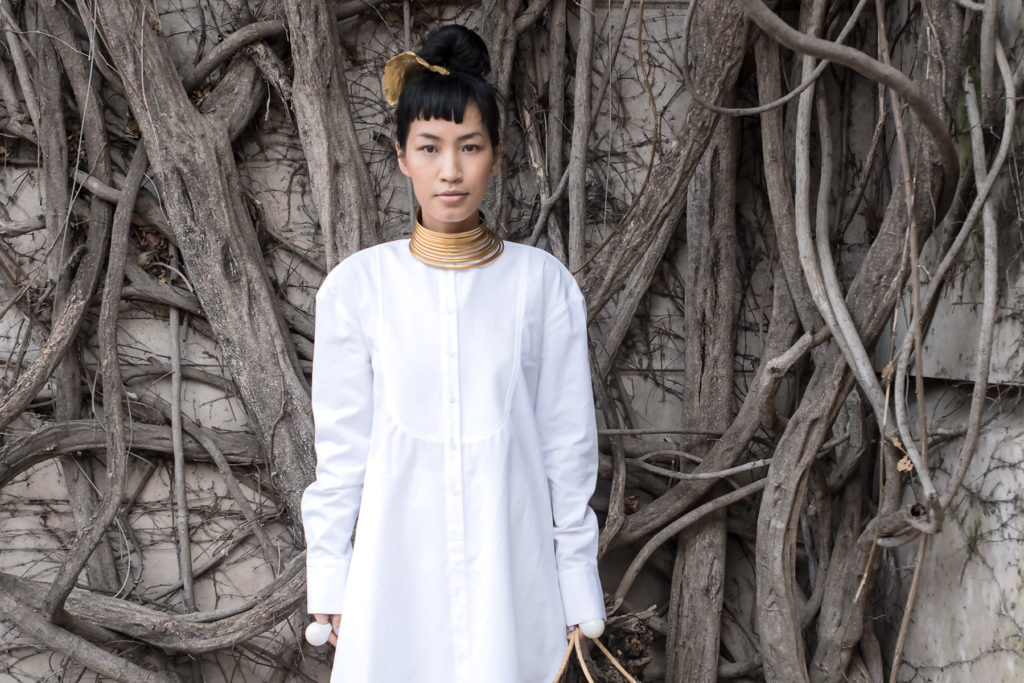 From Vietnamese refugee to Rihanna’s personal stylist, Nini Nguyen has a life worth living vicariously. Scroll through birthday dinners at Nobu, Arboretum picnics with her adorable family, and fabulous Palm Springs gatherings hosted by her superstar client. Naturally, she always looks 100 percent. And don’t miss the yummy vegan soup concoctions she often posts in Stories.

We just randomly checked the last four songs on a Tuesday afternoon: “You Got Yr. Cherry Bomb,” by Spoon; “The Thrill Is Gone,” by B.B. King; “Steady, as She Goes,” by The Raconteurs; and “Shine on Me,” by Dan Auerbach. Add The Paul Slavens Show, on Sundays. Case closed.

This is the (intentionally, we think) bonkers news report that 2017’s (unintentionally, we hope) bonkers news cycle demands, with wacky sound effects, extremely broad voice-over work, and music beds that give it an America’s Funniest Home Videos feel. It’s like if every story were treated like a piece about a water-skiing squirrel. 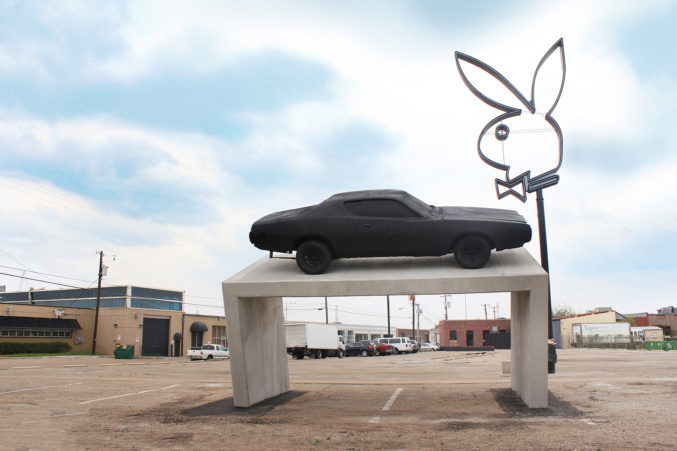 Under the leadership of executive director Peter Doroshenko and his crack curatorial team—including Justine Ludwig and Lilia Kudelia—the Contemporary has finally found its unique voice as a reliable stager of smart, iconoclastic, and emphatically relevant shows. Its success was capped this year by curating the acclaimed Ukrainian Pavilion at the 57th Venice Biennale.

Yes, the Cowboys had a good run. But FC Dallas became the first Major League Soccer squad to earn more than 60 points in back-to-back seasons, winning the Supporters’ Shield and U.S. Open Cup in the process—while also fielding a historically dominant group of academy teams. 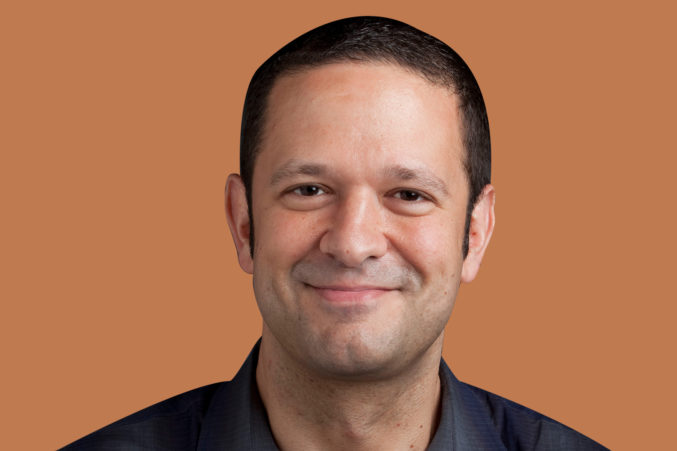 In 2014, with a simple title change from film critic to culture critic, the Dallas Morning News unshackled its longtime cinema scribe. Since then, Vognar’s poignant essays on subjects ranging from race relations to culture wars to grief, not to mention his continued book and film criticism, remind us of the lasting relevance of the full-time daily newspaper critic.

It’s a top-notch bar, music venue, community center, historic site, and film festival hub that also happens to be a movie house without rival, either in atmosphere or programming. The crowd is always engaged (and, sometimes, a little tipsy) and the calendar is full of repertory surprises. 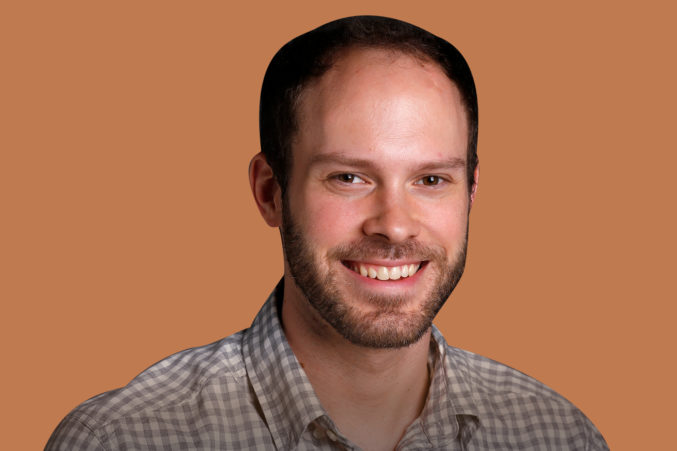 The DMN’s city hall reporter doesn’t settle into any politician’s camp. He isn’t afraid to tick people off—even good sources—if the reporting takes him there. Hallman is an old-school, agnostic, independent news-gatherer, and that sets him apart in a media environment where other journalists are busy instead crafting narratives. 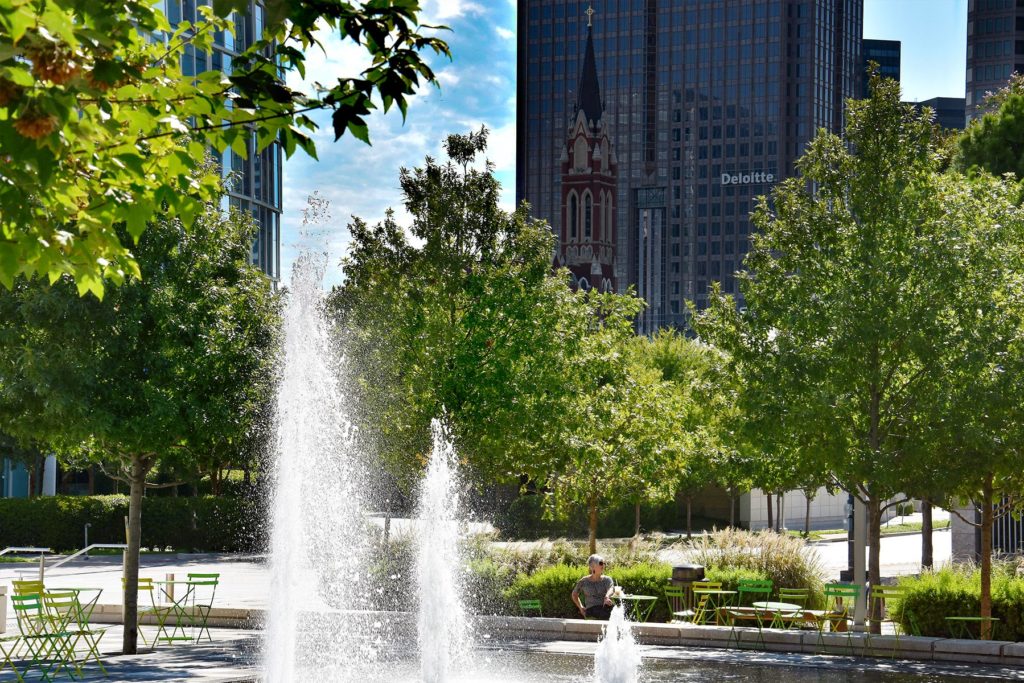 Drive or walk by the downtown deck park virtually any time of day, and you’ll see proof that if you build an urban oasis over a highway, people will come. Simple. Food trucks, lunchtime concerts, free yoga and salsa lessons, pétanque, ping-pong, and one of the coolest children’s parks in the city keep them coming back.

After losing its longtime home at The McKinney Avenue Contemporary in Uptown, Kitchen Dog would have been forgiven if it had spent the year finding its footing and planning the future. Instead, performing in multiple borrowed spaces, the theater managed to accomplish one of its best seasons in recent memory.

An outdoor double feature in the shadow of the Fort Worth skyline is as magical as it gets (until Dallas gets its own drive-in). Early birds can grab a cold can of Wild Acre beer from the food pavilion, let kids burn energy on the playground, and watch the unobstructed Texas sunset—which just might be better than the latest blockbuster. 223 NE Fourth St., Fort Worth. 817-717-7767. 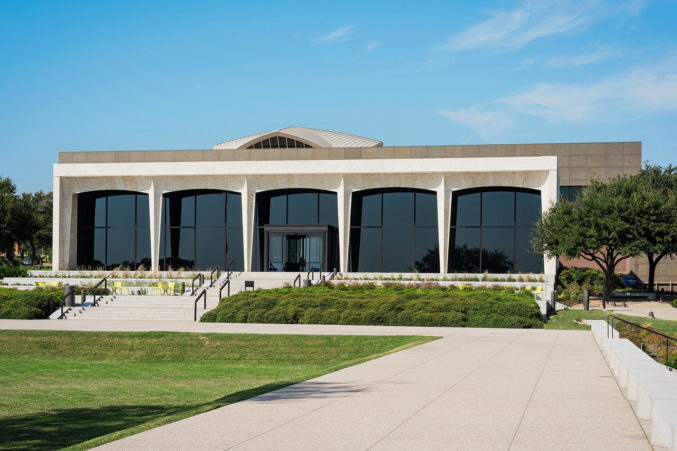 The Amon Carter is the unassuming gem in the embarrassment of riches that is North Texas’ museum scene. Unshakingly consistent, singular in vision, and free from much of the art world noise, it regularly serves up important and expansive survey exhibitions as well as politically challenging contemporary fare.

The spartan design of the former Dallas City Performance Hall and its well-tuned acoustics, comfortable auditorium, and accessible price point have made the city-owned space an incubator of new and established arts groups. Now, thanks to a naming sponsorship, it will also generate a grant fund for them.

It has been no secret to local theater lovers that under artistic director Kevin Moriarty the Dallas Theater Center has ventured to rethink what a regional theater could mean to its community. This year, those efforts were honored with a Tony for best regional theater. 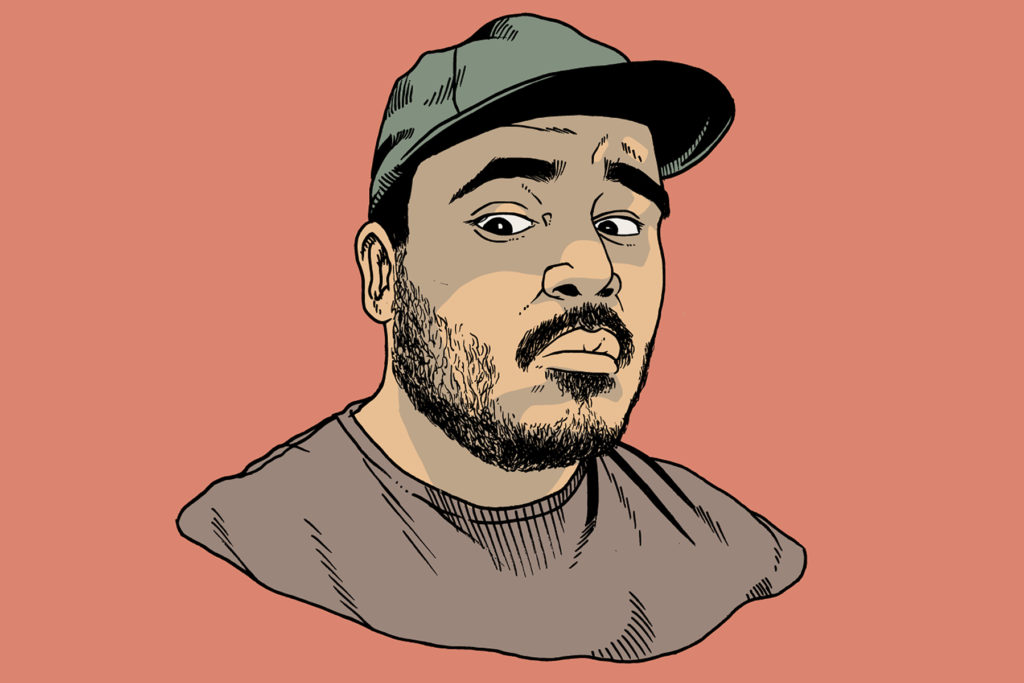 Writer Shea Serrano got most of the attention when The Rap Year Book became a surprise New York Times best-seller in 2015, and rightfully so. But it wouldn’t have been the same without Torres’ illustrations, more than 150 of them in all, done in his unique blend of ’80s comics audacity, detailed realism, and tumble-dry coloring, with a heavy helping of “hey, why not?” The pair’s next collaboration, Basketball (And Other Things), comes out in October.

The stylish clerks in The Joule’s lobby bookshop aren’t just there to look pretty. They’re knowledgeable bookworms who will guide you to a display-worthy Taschen tome whether you’re hunting for an unexpected housewarming gift (their Dali cookbook, $60) or treating yourself (75 Years of DC Comics, $70). Another plus: they won’t judge if you linger in the “sexy books” corner. 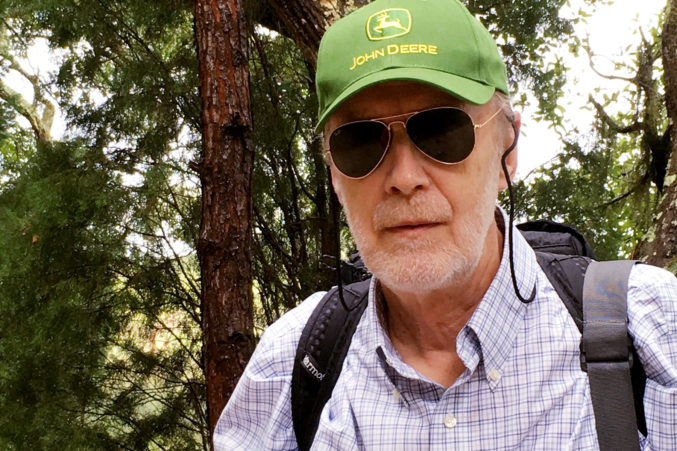 Not only did the Dallas Observer’s franchise player change the narrative on the West Dallas “slumlord” story with an insightful series of stories that revealed an attempted land grab, but then he artfully humiliated the DMN’s Robert Wilonsky for so credulously reporting that Mayor Rawlings was the good guy in this tale. The old guy still has his fastball.

Ford Center at The Star 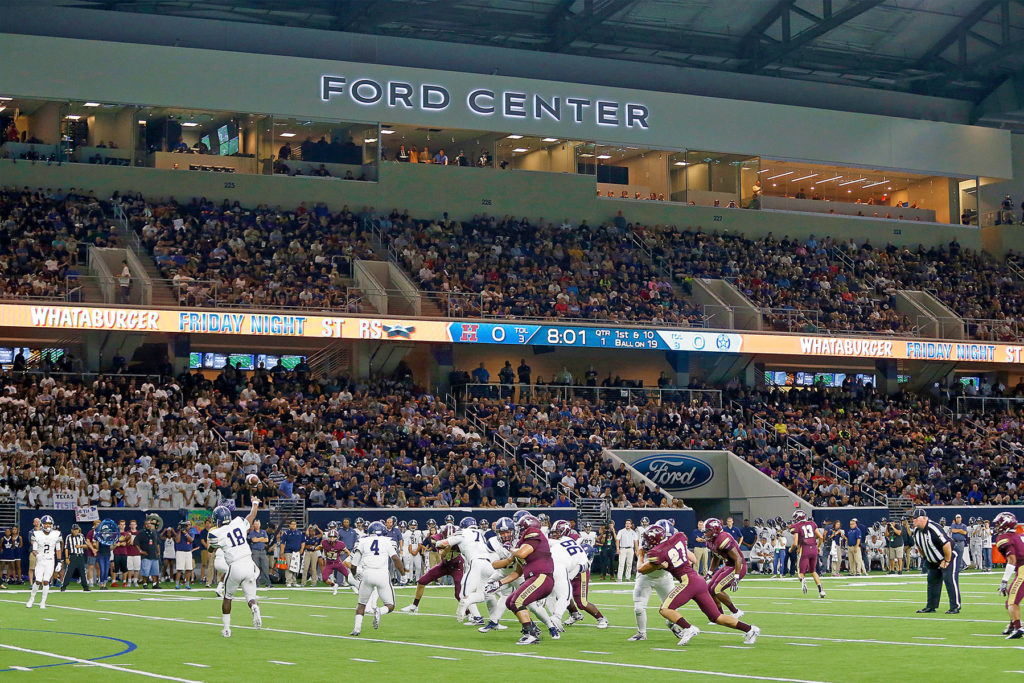 Frisco’s Friday night lights shine inside a $250 million-plus indoor dome that seats 12,000 fans, and onto the same turf that the Cowboys train. No one is topping that until Arlington ISD lets some school use AT&T Stadium.

Reduce, reuse, recycle. Except, apparently, when it comes to ballparks. This one—with good sight lines, quirky home run porch, and charming retro design—opened in 1994 and remains one of the best in baseball. And it still feels new to us. Yet the citizens of Arlington voted to foot half the bill on a new $1 billion retractable-roof replacement. Fools. 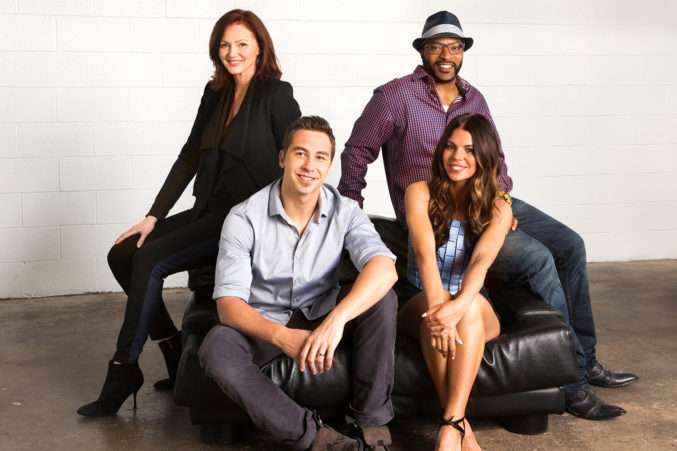 When Kidd Kraddick died, in 2013, it was easy to imagine the show flying apart, as the cast he’d masterfully assembled—J-Si, Jenna, Big Al, Kellie—was left without the huge star they orbited. But J-Si continues to grow into his leadership role as the show continues to dominate in the ratings.

He comes from the family that built Arlington, but as a member of the Texas Transportation Commission, he is on a mission to rebuild Dallas. He got TxDOT to create a bold, workable plan called CityMAP that would reverse decades of poor engineering—and bring new housing and growth to the city’s core. Other cities around the state are now clamoring to get their own version. 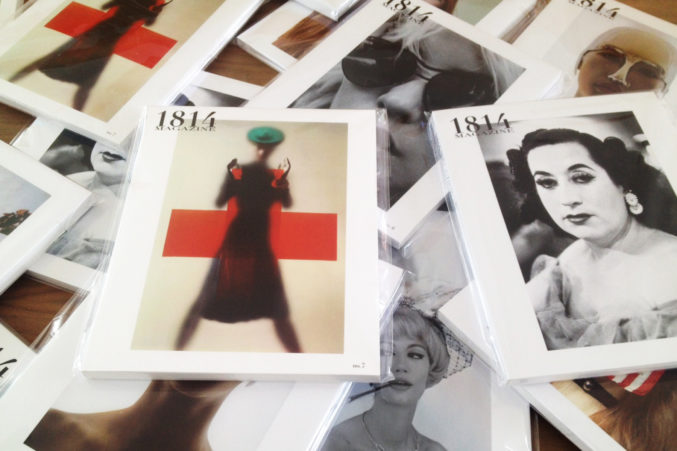 The biannual photography magazine edited and produced by Dallasite Michael Thomas isn’t available on newsstands; a copy from its website will cost you $55. Seek it out. 1814 is a gorgeously designed treat filled with provocative images and interviews with the people who made them. Your coffee table deserves this. 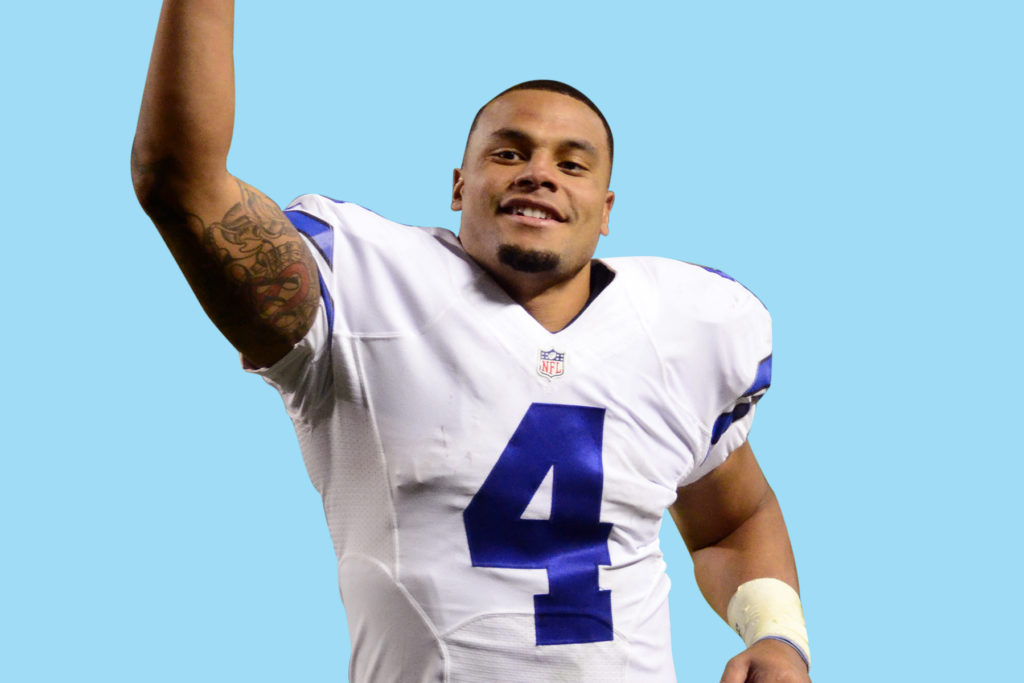 When he was drafted in the fourth round, Prescott was generally considered the Cowboys’ backup backup quarterback. The fact that he is now, a year later, the face of the franchise and a shortlist MVP candidate should tell you how magical his first NFL season was.