The new music venue comes from the same couple that brought back Trees and the Bomb Factory.
By Alex Macon | October 20, 2017|9:00 am

There’s plenty of credit to go around for Deep Ellum’s resurrection, but Whitney and Clint Barlow were among the first to roll back the stone entombing a neighborhood many thought dead. The couple reopened Trees, the fabled Elm Street live music venue, in 2009, before all the hip bars and restaurants moved in to adopt some of the historic entertainment district’s cultural cool, before photo shoots in front of outdoor murals became a pressing traffic hazard and incoming high-rise apartments elicited warnings that Deep Ellum was losing its way. 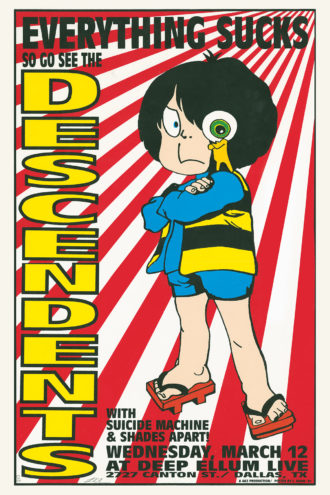 The Barlows topped themselves six years later by bringing back The Bomb Factory, a 4,300-person-capacity room on Canton Street that, like Trees, came with history but returned with upgrades. Older Dallas music fans with long memories of sweaty nights are surely grateful for an efficient air conditioning system.

On Halloween, the Barlows will do it again with the opening of Canton Hall, the new and improved name for an old room that previously housed Deep Ellum Live (which shuttered in 2004) and the country honky-tonk Tommy’s Heads Up Saloon before it. Renovations to the space right next door to The Bomb Factory have been ongoing for the last year, and its 12,500 square feet put it somewhere between its immediate neighbor and the smaller Trees. After Canadian rock band Theory of a Deadman christens the stage on October 31, Canton Hall will fill its calendar with concerts and private events.

And we know Deep Ellum’s newest old concert hall is in good hands. Trees and The Bomb Factory are two of Dallas’ best music venues, each one a testament to the fact that whatever physical form Deep Ellum takes, the neighborhood’s soul has always been—and probably always will be—in live music. By keeping alive Deep Ellum’s musical past, the Barlows are helping write its future.

D Magazine and The Botanist Gin collaborated to create a pop- up in Deep Ellum.
By Ramona Winning
Bars

Scenes from a recent night out at Deep Ellum's newest cocktail bar.
By Bret Redman
Galleries