Enjoy unlimited access to all of our incredible journalism, in print and digital.
Subscribe Now
Advertisement
Bishop Arts District

North Texas’ Coworking Spaces Have Made Work the Place to Be

But by the end of this summer, North Texas will have added hundreds of thousands of square feet to its coworking landscape with the opening of national and global brands, including Regus’ Spaces Dallas, WeWork, Industrious, and Serendipity Labs. Meanwhile, locally run spaces are bulking up. Common Desk built a nap room and showers for its Deep Ellum space. “Business incubator” GeniusDen, which already operates four Airbnb lofts in its building, is putting a hydroponic garden on the rooftop. The Mix Coworking & Creative Space in East Dallas is adding a shared-use kitchen to its neighborhood basement dwelling. And a local crew is constructing GoodWork in Cedars East, a neighborhood that doesn’t yet exist, but hopefully will when they open an expansive LEED-certified coworking environment that includes a fitness center and 11 loft apartments in early summer.

As a former at-home freelancer, I decided to see what I have been missing by visiting more than a dozen sites. What I learned was this: coworking is like dating. You won’t know what you like until you spend a little time together. So take advantage of free trial days. Here are the notes from my own coworking adventures. 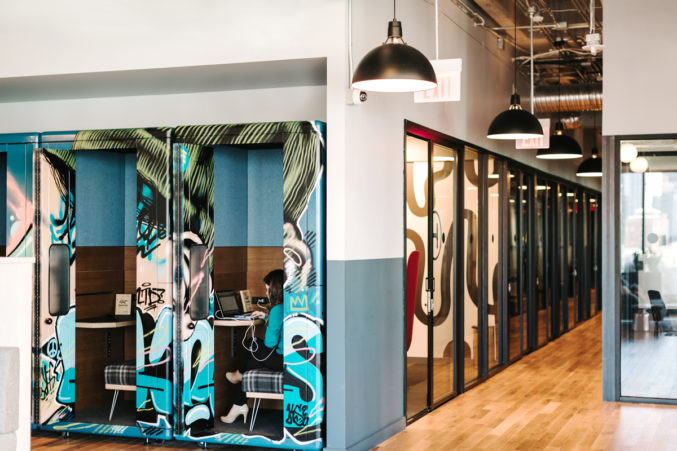 The Place: A New York-based company with offices in 38 cities around the world; an app connects all 100,000-plus members for some serious networking opportunities

The Look: Bright, light, and white

Best For: Jet-setters who need an office in every city 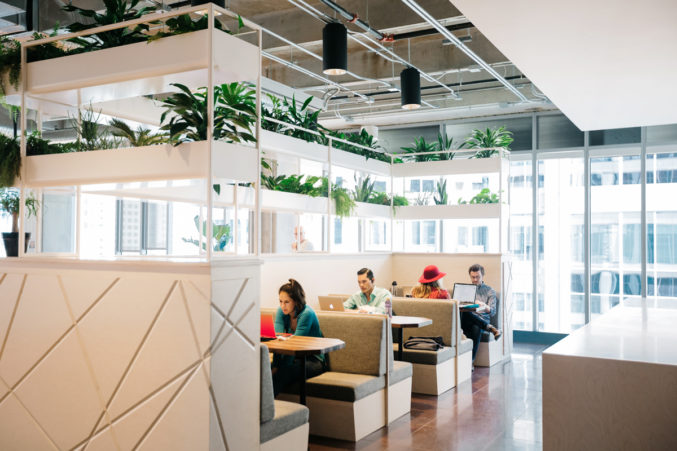 The Trial Day: The community manager walks me straight to the open kitchen and tells me to help myself to the micro-roast coffee bar. “Or I can get you a beer,” he adds. It’s 9:40 am. After a tour of two floors of rentable, glass-walled private offices of varying sizes, I open my laptop at a long table in the open coworking area. WeWork’s corporate playlist is so good (e.g., D’Angelo’s “Brown Sugar” fades into Sturgill Simpson’s “In Bloom” cover), I don’t bother putting in headphones. In the restroom, two thirtysomethings network: “You should definitely reach out. He knows everyone in Norway.” When I return from a quick food-truck lunch at Klyde Warren Park, my coffee mug has been bussed, presumably by one of the two-person crew cleaning the space spotless throughout the day. I never speak with anyone. The vibe is congenial but mostly nose-to-the-grindstone, aside from the occasional pairs who make use of the pingpong room. A redhead sitting across from me pops up frequently to take calls, pacing around the low-slung contemporary furniture of the lounge area, though most others escape to a row of cozy call booths in the back. Seven hours after the original offer, I get a beer from the main floor tap and walk up to the eighth-floor deck. The view of downtown is so breathtaking that the $350 entry-level membership doesn’t seem so steep. 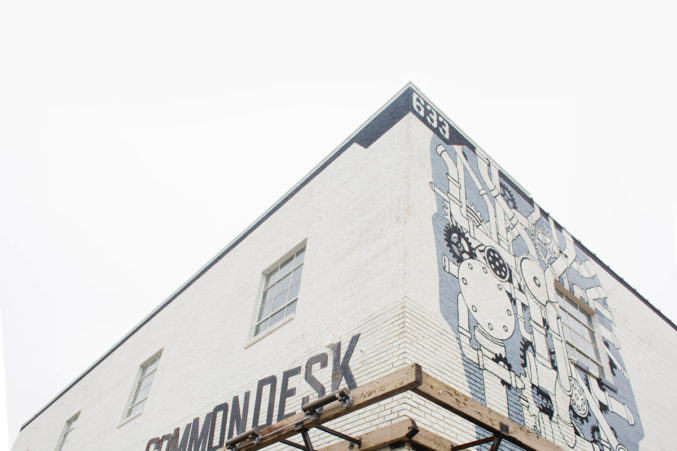 The Place: The Oak Cliff branch of a locally grown chain of coworking environments

The Financials: Nights and weekends, $110; shared desk, $225; dedicated desk from $450; private office from $900; conference rooms are free with a membership

The Locations: Deep Ellum and Oak Cliff (Plano and Fort Worth coming soon) 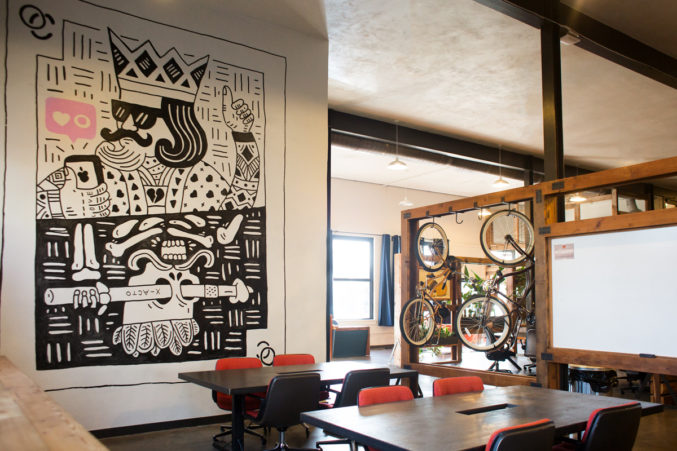 The Trial Day: The woman sitting catty-corner helps me find the outlet at our four-top table, and we segue into conversation. Her name’s Cary. A European tour guide by summer, she’s launching her own travel agency called Carried Away. I fill up on complimentary Oak Cliff Coffee Roasters brew and pass up free KIND bars to pick a banana from the fruit bowl. Though the place has a hipster-crowd rep, I only observe one man bun in the mix. But then again, I hear The Lumineers piped in more than once. Cary makes most of her calls to book Venetian hotels at the table. That’s a thing here. Even though the space is largely open, including the second floor loft that holds dedicated desks, members are welcome to conduct all their business at the shared desks, though a shag-carpeted call room is available for more privacy. For lunch, I cross the street to Bolsa Mercado, but there are also shared bicycles available for a zip down Davis Street to Bishop Arts. By afternoon, several people rise from the tables and opt for alternative environments. A wood shelf running along one wall acts as a row of standing desks, and people take turns on the treadmill desk (it maxes out at 4 mph, so it’s never a distraction). I get up to rinse my coffee cup and notice a small crowd gathering around the kitchen island. It’s Wine Thursday. There’s also beer on tap at all times. As Cary packs up to leave, we exchange cards. She’s friendly, and I could use a vacation. 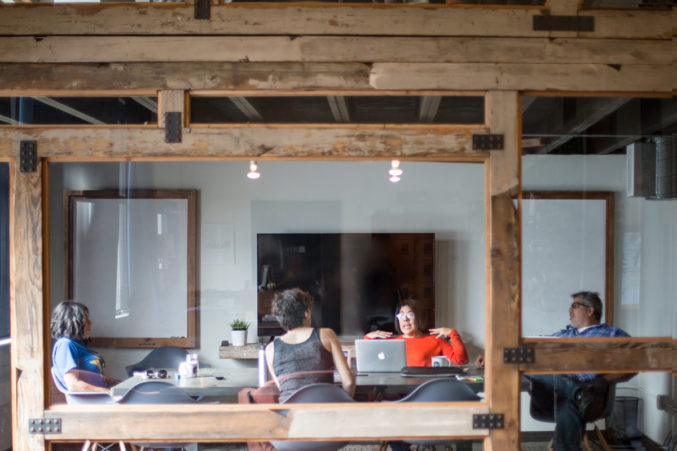 An afternoon filled with beads and beer.
By Bret Redman
Bars

Scenes from a recent night out at Deep Ellum's newest cocktail bar.
By Bret Redman
Galleries