Destiny Herndon-De La Rosa is snout deep in chips and queso when I arrive. An hour earlier, when I tried to offer up a few places to meet, she obliterated my polite diplomacy with a simple text that read: “I’ll be at Amigos, drinking margaritas. Whether you are there or not is irrelevant.” I show up 15 minutes late to interview Destiny at Amigos Restaurant Comida Casera, a favorite Tex-Mex place in our shared stomping ground of Richardson. But first she has to make fun of my dumb airbrushed trucker hat.

“Oh, I’m sorry,” she faux apologizes. “I didn’t mean to tear you away from your job at the State Fair.”

This is one of the many reasons I like Destiny. She busts your beans in the painfully intimate manner of a friend you’ve kept in touch with since grade school or a close cousin who knows you better than your own parents and siblings. She’s a sharp wit and a great storyteller. She’ll call you out, but she won’t betray your trust. And she’ll always share her queso.

There are a lot of things I like about Destiny. We just happen to have different ideas about when exactly a human being becomes a human being, and whether or not the woman carrying said human being should be allowed to surgically remove that human being from her womb before it becomes a much larger human being. It’s a topic I try not to get into with her. Not just because she’s pro-life, but because she’s the founder of an organization called New Wave Feminists.

Destiny’s mother became pregnant with her when she was a 19-year-old sophomore at UT Austin. “I should’ve been aborted,” Destiny is fond of saying, “but I wasn’t.” Destiny’s mother is her badass feminist hero, the person who helped shape her “bleeding-heart compassionate” views.

At 16, Destiny herself became pregnant. She returned from summer break with a baby bump and considered adoption, but never abortion. She admits that a big part of her decision to carry to term was that she had a strong support system at home. That’s not to say it was perfect. Destiny never knew her biological father. She and her brother were raised by a single mother. But when she had her first child, she had the support to do it and the encouragement to remind her she was strong enough and smart enough to take responsibility for her child.

Destiny knew that New Wave Feminists had to be more than a rebellious new idea. It had to be a rebellion against old ideas.

New Wave Feminists was just one of a few endeavors Destiny became involved with during the mid to late aughts. In 2004, she started the group with some friends. If old internet pages are any indication of history, which they rarely are, New Wave Feminists started as something of a punk-rock mishmash of antiabortion angst with a bit of good, old-fashioned megachurch sensibility bubbling beneath the surface. They now run a support forum through their Facebook page and organize demonstrations.

From there, Destiny got interested in local politics, ironically donning pearls to attend meetings of the Golden Corridor Republican Women. She started a blog about Richardson politics called Conserve and Protect, and she wrote op-ed pieces for the Dallas Morning News.

Meanwhile, New Wave Feminists started gathering momentum, and the blogs and columns fell away as Destiny grew into a leadership role. She became a more seasoned public speaker and social organizer, and she started to refine the group’s position and pinpoint where the pro-life agenda intersected with feminist ideology. Destiny knew that New Wave Feminists had to be more than a rebellious new idea. It had to be a rebellion against old ideas.

In early 2017, New Wave Feminists was accepted as a sponsoring partner for the Women’s March in Washington, D.C. Their pro-life stance is the crux of the group’s overall concept of a “consistent life ethic.” They are also anti-torture, anti-death penalty, and anti-unjust war. The Atlantic wrote an article about the group’s official inclusion in the march. Within a day, after a sizable Twitter backlash, New Wave Feminists got booted. They could no longer be an official partner of the Women’s March.

Of course, their rejection made Destiny and the group an even bigger story. They went to D.C. and marched anyway, and over the course of a few weeks, she was interviewed by a vast spectrum of media outlets and cable news programs, from PBS NewsHour, HuffPost, and HBO’s Vice News Tonight to Fox News and Fox & Friends.

In fact, one producer at Fox Business Network was absolutely hellbent on primping Destiny for prime-time punditry. When Destiny returned to Dallas from the Women’s March, the producer contacted her for a defense of Trump’s Muslim ban. He then reached out to see if he could provoke some outrage over Ivanka’s product line being dropped from Nordstrom. Destiny turned him down both times, admitting she didn’t know enough to speak on either topic.

It seems as though Destiny is out of town every other weekend these days, speaking at some event or another. New Wave Feminists is up to more than 27,000 followers on Facebook, which is the only real record of membership they track. Meanwhile, her dutiful husband, Abrahm, is back home in Richardson, working and taking care of the kids. He’s the real hero of this piece, if you want to know the truth. But Destiny forbade me from talking to him unless he was intoxicated and speaking highly of her. 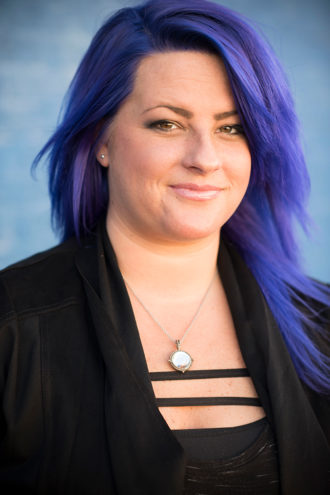 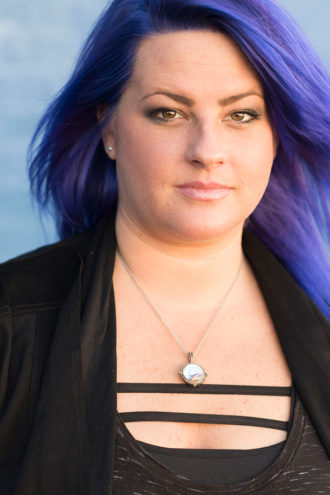 Recently, Destiny was in D.C. to attend BuzzFeed’s “Red, White & Banned” party, an alternative shindig to the White House Correspondents’ Association Dinner. I decided it was as good a time as any to ask via email how she reconciles the social aspects of being a feminist with the political aspects of being pro-life.

The next day, I followed up with a phone call. Maybe it was because it was a Sunday night and we were both tired, but our typical goofball banter quickly devolved into the kind of semantic Ping-Pong match you’d expect from cable news. It made my head hurt. Not that this kind of discussion is frustrating or futile. It’s just not funny. I wanted my funny pro-life friend back.

I think a lot of us are in a similar place. We have friends we hide on social media. We have relatives we can barely sit through a meal with. In a lot of cases, we’ve stopped trying to listen to each other and don’t accept each other’s point of view as much as we begrudgingly tolerate it.

For whatever reason, I accept and enjoy Destiny as she is. Maybe because I’ve never known her to be anyone else. I’ve never expected her to be anything but a super-passionate contradiction.

We’re out of queso. I wince as I look at my notes, unsure how to start. “You know how writers are always doing that lazy intro where they’re at a cafe or a hotel bar or wherever,” I ask, “and the person being interviewed is always in the middle of stabbing an appetizer with their fork? Like, ‘Fiona Apple picked at her kale salad while discussing the Bosnian refugee crisis.’ ”

I jot down my opening sentence and recite it aloud: “Destiny Herndon-De La Rosa is snout deep in chips and queso.”

I reconsider the imagery. “Nostril deep. I don’t want to—”

“No, snout deep! It has to be snout,” she insists. “It has to be a pig thing. It’s the only thing—” Destiny’s laughter swallows the end of the sentence. She regains her composure to finish her own introduction. “She only comes up for air to sip from her margarita.”