A Green Approach to Pest Control

It's still about eliminating the enemy but with a focused assault.
By Christiana Nielson | July 10, 2017|9:30 am

John Stubbs had been in the pest control industry for nine years when he had an epiphany. All the pest control companies were offering the same services, he says—the same house-blasting of pesticides when a solitary cockroach would appear. But what if the focus were put more on prevention and less on the blasting? 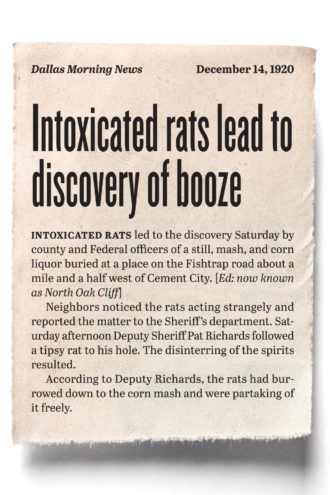 His solution: Green Army. Stubbs, a Dallas-based entrepreneur, co-founded the health-conscious pest control company a few years back in Atlanta. It spread to Houston, then Austin, and in December of last year made its way back to his home city. An eco-friendly, holistic, preventive approach is what sets it apart from pest giants such as Orkin and Terminix.

“It’s sort of an opportunity to be that third brand,” says Stubbs, also the founder of Lone Star Valet, MosquitoNix, and Bellwether Equities. “We don’t have to be as big as them, but with the markets that we’ll serve, we think people will start naturally coming to our green way of thinking.”

For Stubbs, that means driving smaller vans, using botanical-based products, and going paperless in favor of a consumer  app that will be released next year. Instead of spraying an entire house for any kind of insect, the company targets a specific bug, identifying where it entered the home so the products are used more efficiently.

They still do all the normal dirty work, such as getting rid of sugar ants or dealing with a rodent problem, but the prevention part of the process is designed to minimize issues before they begin. A rep will clean your grill, clear out your attic, remove debris, replace old insulation, seal cracks, and, yes, even clean out your junk-ridden garage and reorganize it. Cardboard will be exchanged for airtight plastic bins and a recycled newspaper product will replace old materials.

Depending on the plan, the company will visit a home five to seven times a year, and, if necessary, between visits for no extra charge. For the initial prevention system, clients pay a one-time fee that ranges from $175 to $350. After that, the regular monthly fee is $40 to $65.

“Everybody is slowly becoming more and more green,” Stubbs says. “There’s a catch-up process over the next 10 to 12 years that people will go through. We’re just trying to get way ahead of the curve.”