Walking on the elevated sidewalk past the historic buildings on North Main Street, it’s easy to get a glimpse of life at the turn of the century. The walkways were raised to keep the mud flying from the traffic of horses and cattle from splattering on your best petticoat.

The recessed corner entrance of The General Store is flanked by an old cast iron column. Inside the curio store that was once where the packing plant workers picked up supplies, you’ll find kitschy souvenirs and, thankfully, a large selection of colorful petticoats.

I was lucky to explore the Stockyards with Steve “Cowboy” Murrin, a cowboy I met in the mid-1970s when he was a stud riding in the Cowtown Coliseum rodeo. Today, he owns much of the Stockyards and, as the honorary mayor, is deeply involved in preserving an area that was once the largest horse market in the world. 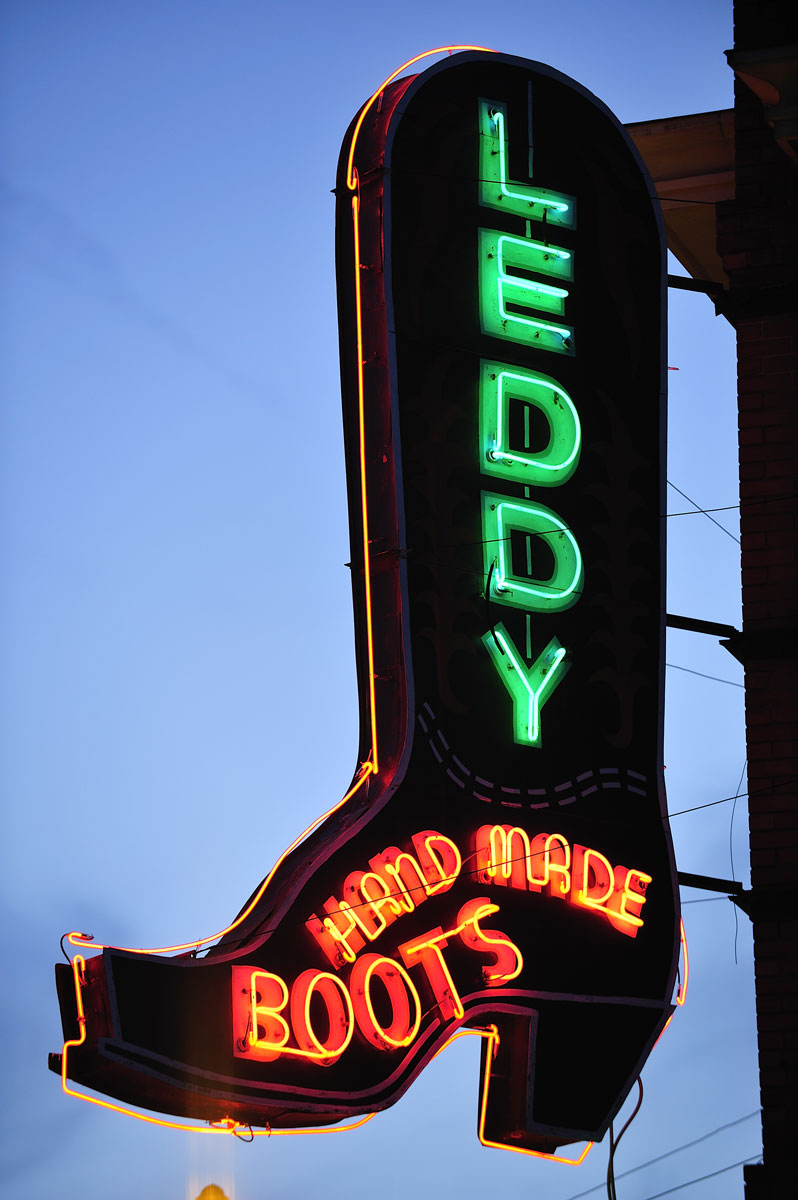 M.L. Leddy's
I suggest you start your walking tour at the Stockyards Museum to soak up knowledge on the sites you are about to witness. Examine the artifacts and photographs of the cowboys and cowgirls, Native Americans, meat packers, and characters that worked the cattle along the Chisholm Trail. Here we met Teresa Burleson, a cowgirl poet, and Devon Dawson, half of the award-winning singing duo Miss Devon and the Outlaw, popular entertainers around the Stockyards. Be sure to head out back and get close to the longhorns in the pens.

Cross East Exchange Avenue and check out the exhibits at the Texas Cowboy Hall of Fame. Learn the fascinating mechanics of a cattle drive and study the unique Zigrang Bit Collection. Some of the bits look like torture devices, and according to Cowboy, they were. “Cowboys didn’t like their horses too tame,” he says.

We needed a beer after the museum, so we headed up the street to Love Shack, where they’ll pour your favorite beer in a plastic cup so you can continue your journey along the bricked streets. For us, that meant shopping at Maverick Fine Western Wear, which Cowboy refers to as “the Neiman Marcus of the Stockyards.” Maybe he does so because the store is owned by his ex-wife Gayle Needham Hill, but we could have spent the rest of the afternoon in this charming store trying on clothes and watching the gal in the back steam hats. 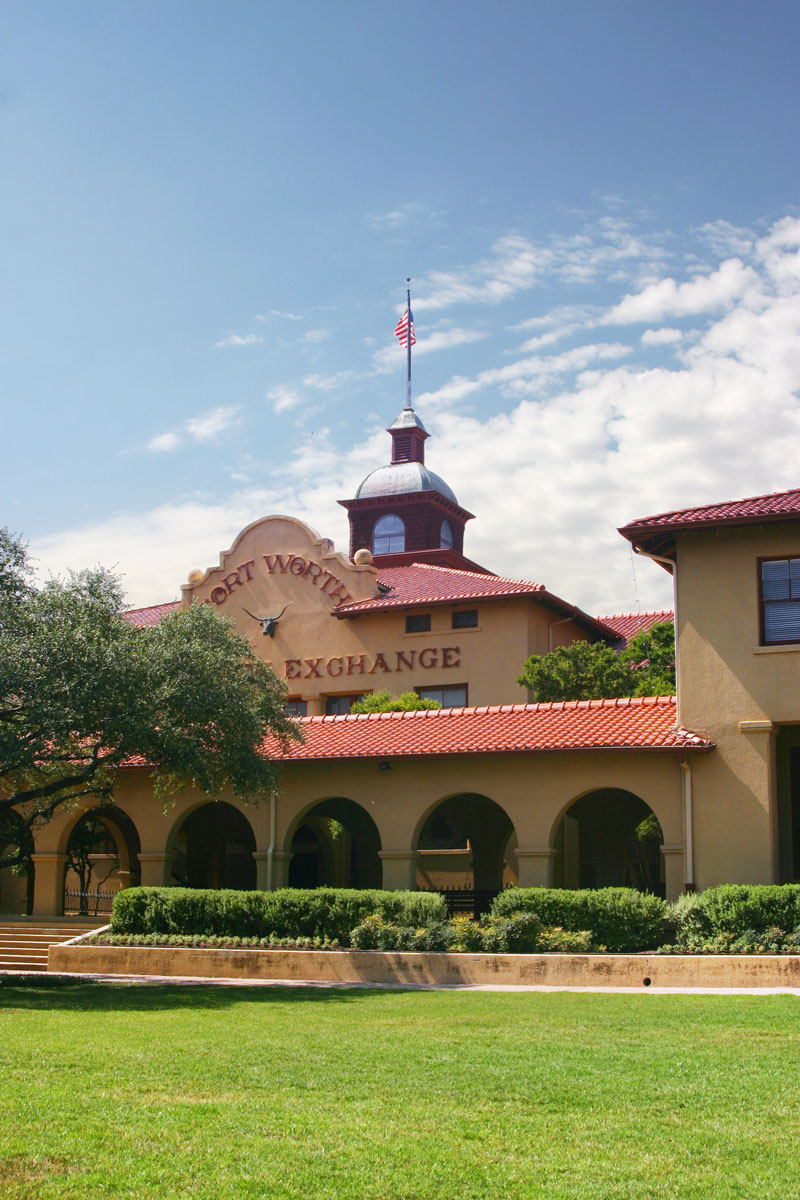 Stockyards Museum
Instead, we headed to the Star Cafe, where they have been serving food since the early 1900s. After feasting on a thin T-bone steak and a chicken-fried steak, we headed across the street to M.L. Leddy’s, where all the real cowboys go for handmade saddles and boots. The boot choices were overwhelming, each a piece of wearable art.

As the sun dropped in the sky, we ordered a whiskey at the White Elephant Saloon and realized how many places we failed to hit. Next time, I’ll book a room in the Stockyards Hotel, built in 1907, and spend a weekend. It will give me time to eat at Tim Love’s Lonesome Dove Western Bistro, Riscky’s BBQ, and Joe T. Garcia’s, and hit some famous honky-tonks. Everybody knows about Billy Bob’s Texas, but the local cowboys and cowgirls head to Pearl’s Dancehall & Saloon, originally a bordello opened by Buffalo Bill Cody in the late 1800s. Once the up-tempo music starts, the two-step comes naturally. Even to city folks like me.

Back to the Fort Worth Issue